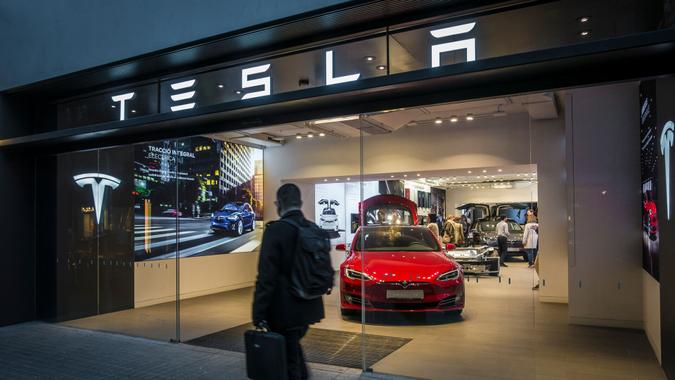 Tesla reported its first quarter earnings today, easily beating both earnings-per-share (EPS) and revenue estimates, which at $10.3 billion are 74% up year over year. To top the news, CEO Elon Musk, aka the “Technoking” of Tesla, announced he would be hosting Saturday Night Live on May 8.

“This was primarily achieved through substantial growth in vehicle deliveries, as well as growth in other parts of the business,” according to the letter. “Our Q1 order rate was the strongest in our history and we are moving as quickly as possible to add more production capacity.”

In February, Tesla said it had purchased $1.5 billion in Bitcoin and in March, it said it would accept the cryptocurrency as a form of payment. In the letter, the company said it recorded a net cash outflow of $1.2 billion related to Bitcoin during the quarter.

The company also released its 2021 outlook, and said it plans to grow its manufacturing capacity as quickly as possible. “Over a multiyear horizon, we expect to achieve 50% average annual growth in vehicle deliveries. In some years we may grow faster, which we expect to be the case in 2021,” according to the letter.

“We have sufficient liquidity to fund our product roadmap, long-term capacity expansion plans and other expenses. We expect our operating margin will continue to grow over time, continuing to reach industry-leading levels with capacity expansion and localization plans underway.”

Tesla also said it is currently building Model Y capacity at Gigafactory Berlin and Gigafactory Texas and remains on track to start production and deliveries from each location in 2021. Gigafactory Shanghai will continue to expand further over time. Tesla Semi deliveries will also begin in 2021.