How Much Is Paramount+ and Is It Worth It? 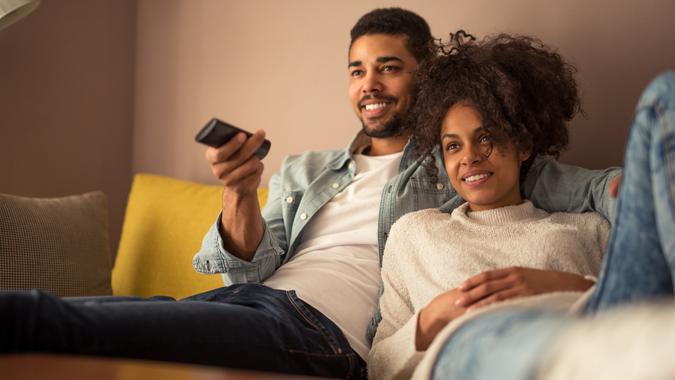 Paramount+ is a streaming service offered by Paramount Streaming, a division of Paramount Global. The service began as CBS All Access, which in 2021 was rebranded as Paramount+. The rebranding was meant to better reflect its expanded content lineup after the merger of Viacom and CBS in 2019.

The addition of new content may make the service compelling for some viewers. In November 2021, for instance, it was announced that “Star Trek: Discovery” would no longer stream on Netflix outside of the U.S. and Canada and would instead stream on Paramount+. Other big names that are available on Paramount+ include a Halo TV series, which debuted last month, and two “South Park” specials, both of which premiered in late 2021.

In addition to its on-demand content library, Paramount+ also includes live broadcasts of sports and news.

How Much Does Paramount+ Cost?

Essential is a basic plan that doesn’t include your local live CBS station. It does, however, include NFL on CBS and UEFA Champions League, available on separate live feeds.

Premium is Paramount+’s upgraded plan and was previously known as Commercial Free. As the old name suggests, this tier lets viewers stream ad-free — that doesn’t change with the renaming to Premium. That said, it won’t remove ads from live broadcasts.

There was previously a plan called Limited Commercials, but that has been discontinued; only Essentials and Premium remain.

Paramount+ currently offers a seven-day free trial, which you can cancel at any time.

Paramount+ has an extensive content library that includes content from brands such as Nickelodeon, MTV, BET, Comedy Central, CBS and the Smithsonian Channel. You also gain access to certain live news and sports programming, depending on the plan you select.

According to Paramount+, the low-cost Essential plan includes 30,000-plus episodes and movies on demand. It also lets you stream with limited commercials plus gives you access to Paramount+ originals. Plus, it includes live streaming of NFL on CBS and UEFA Champions League in addition to national news.

The Premium plan includes everything from Essential plus additional content. The upgraded plan adds live streaming of additional soccer leagues, PGA golf and NCAA basketball. It also includes local CBS broadcasting, which is missing from the Essential plan. Lastly, it lets you download TV and movies for offline viewing at any time.

Those are just some of the highlights, though. The platform offers revivals of titles such as “iCarly,” “Behind the Music” and “The Game.” Plans for a “Frasier” revival were also announced in February 2021. There are also “1883” and “6666” — the former being a prequel to “Yellowstone” that is available for streaming now, while the latter is a spinoff of it that is currently in development. Other highlights include “Picard” and “RuPaul’s Drag Race.”

On Feb. 15, Paramount unveiled a slew of new content that will be coming to the platform. Here are some of the big names:

One of the most popular Paramount shows is the drama “Yellowstone” starring Kevin Costner. If you want to sign up for Paramount+ to watch it, you should know that the show isn’t currently available on the platform due to streaming rights.

Paramount+ is supported on a large number of devices. Viewing options include watching it on your computer, Apple TV, iPhone and Android, Chromecast, Roku, console devices and more. Paramount has gone to great lengths here to ensure that all of the common devices are supported.

Is Paramount+ Worth It?

The answer to this question largely hinges on whether you consider the titles on the platform to be must-haves. The price for the Essential plan is within reason, but Paramount+ is also lacking an original, flagship program that will bring people in. Think Disney+ with “The Mandalorian” and Apple TV+ with “Ted Lasso.”

Paramount+ mostly relies on its existing library of content plus revivals and reboots of older shows. It does have several originals in its library, but there aren’t any that are considered must-watch shows.

Thus, for many viewers, Paramount+ may not be worth it unless you are a die-hard fan of shows like “Star Trek: Discovery,” or perhaps you are excited to see the Halo TV series.

However, Paramount+ does include a good selection of live sports and news. Premium adds even more live sports, plus local CBS news coverage.

The best way to determine whether Paramount+ is worth it may be to take advantage of the seven-day free trial. If you don’t feel it has enough content for you to justify the cost, you can always cancel before the end of the trial.

Here are the answers to some commonly asked questions about Paramount+.