Uber Drivers in UK to Get Paid Vacation, Pensions — What’s Next for US Contractors? 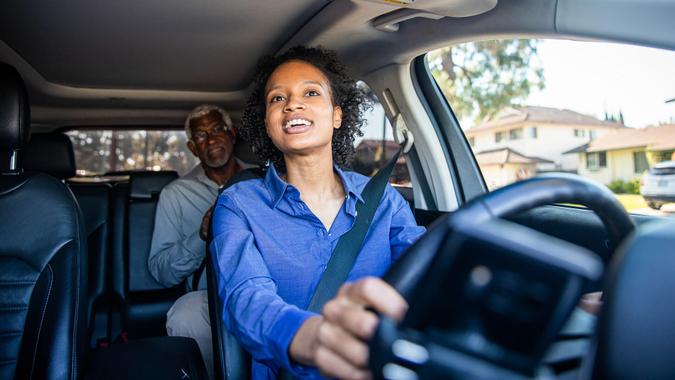 Uber said it would reclassify 70,000 drivers in the UK as workers entitled to certain benefits, though it remains uncertain whether a similar move will happen in the U.S. anytime soon.

See: Do You Think the Minimum Wage Should Be $15? Take Our Poll
Find: Sanders’ New Tax Bill Targets Companies With High-Earning CEOs

The rideshare company made the announcement this week after the U.K. Supreme Court upheld a February ruling that Uber drivers should be classified as workers rather than independent contractors.

As CNN reported on Wednesday, Uber said that as “workers” — a unique U.K. classification that falls between employees and independent contractors — drivers will be entitled to perks such as a minimum wage, pension and vacation time. The designation only applies to ridehail drivers, meaning Uber Eats food delivery workers in the U.K. will still be classified as independent contractors.

While the decision is a defeat for Uber in the U.K., the San Francisco-based company probably doesn’t have to worry about similar nationwide measures being adopted in its home country anytime soon. Uber got a landmark win in California in November, when voters there passed a ballot measure called Prop 22 that exempts gig companies like Uber from having to treat its drivers like employees.

See: Raising the Minimum Wage Is Great for the Economy – Especially If We Do It All the Time
Find: 22 Side Gigs That Can Make You Richer Than a Full-Time Job

As The Guardian reported at the time, that vote represented an important win for big tech companies looking to protect their business models, and it could serve as a model for legislation elsewhere in the U.S.

Although some individual states — including Illinois, Massachusetts and New York — are considering legislation to protect gig workers, those efforts might face weakening support following the vote in California.

Gig workers do have support in the White House, however. As CNBC reported last month, President Joe Biden backs legislation that would prevent companies from “misclassifying” employees as independent contractors. He also nominated a former union leader, Boston Mayor Marty Walsh, to head up his Labor Department.

See: 11 Reasons a Four-Day Workweek Is Better for Everyone
Find: 25 Ways to Make an Extra $500 a Month

Meanwhile, Uber CEO Dara Khosrowshahi has advocated for a third employment classification group that would allow for independent contract work while also providing protections and benefits of full employment, including portable benefits that move from one gig to the next.

And last week, House Democrats approved the PRO Act, a bill that would provide protections for workers trying to organize and make it easier for gig workers to join unions. But as NPR pointed out, the bill is unlikely to advance in the Senate, where there is little Republican support for the legislation.