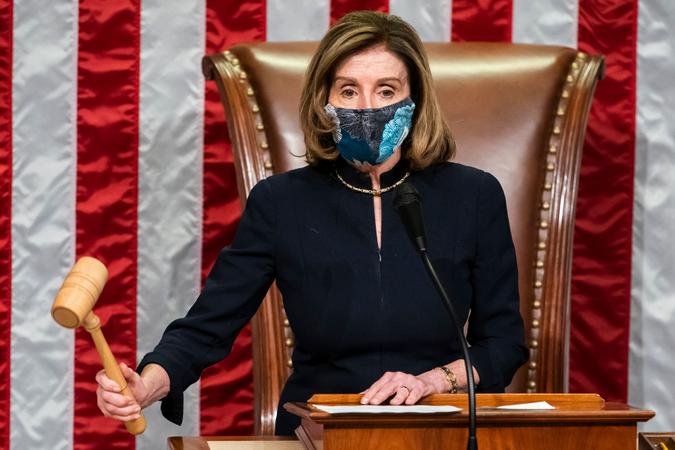 Early Saturday, the U.S. House of Representatives passed the $1.9 trillion COVID relief bill that will bring extended unemployment benefits and additional stimulus money to Americans. The American Rescue Plan Act extends federal unemployment benefits through Aug. 29 and increases the added benefits by $100 weekly, up from $300 to $400, CNBC reports.

The Senate is now poised to vote on the legislation, and Congress hopes to bring it to President Joe Biden to sign by March 14, according to CNBC. If the bill is not passed by that date, Americans could lose their federal unemployment benefits that came as part of the stimulus package passed in December 2020.

The House passed the legislation by a vote of 219 to 212, The Washington Post reports. Passage of a bill in legislation typically requires a supermajority of 60 votes, but if Republicans do not support the stimulus, Senate leaders can use a process called budget reconciliation to pass the Act with a simple majority of 51 votes. With Vice President Kamala Harris serving as the tie-breaker in an evenly divided Senate, the bill is likely to pass under reconciliation.

See: A Look at US Unemployment One Year Into COVID-19
Find: Weekly Jobless Claims at Lowest Level Since Nov. 28, 2020

What the American Rescue Plan Act Will Give Americans

In addition to the extension of unemployment benefits and an extra $400 per week, the bill will put another $1,400 stimulus check in the hands of Americans with adjusted gross income up to $75,000, or $150,000 for married couples filing jointly. Children and dependents would also receive the $1,400, CNBC reports.

Additional child tax credits and extended federal unemployment benefits for self-employed and gig workers were also included in the legislation. Under the act, workers who netted at least $5,000 in self-employment income and are not receiving Pandemic Unemployment Assistance (PUA) could receive an extra $100 a week. The legislation also extends the PUA benefits for an additional 24 weeks, to 74 weeks total.

What’s not likely to remain in the bill as it reaches the Senate? The proposal to increase the federal minimum wage to $15, which Senate Parliamentarian Elizabeth MacDonough said was not appropriate to include in a budget reconciliation vote, CNBC reports.