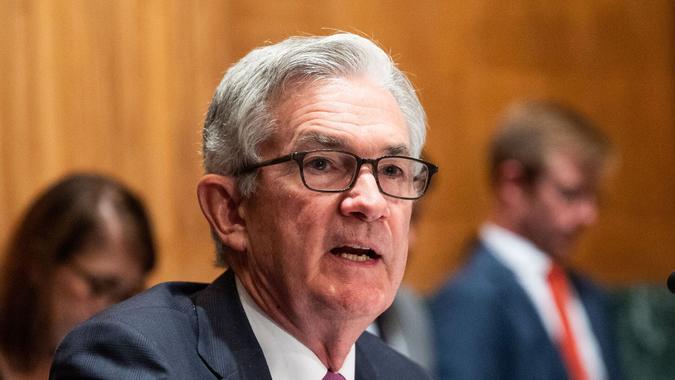 The most recent Beige Book — the Federal Reserve’s publication concerning current economic conditions across the 12 U.S. districts delineated by the Fed — indicates that economic activity grew at a modest to moderate pace in most districts during October and early November.

According to the Fed report released Dec. 1, several districts noted that despite strong demand, growth was constrained by supply chain disruptions and labor shortages. The outlook for overall economic activity remained positive in most districts, but some regions noted uncertainty about when supply chain and labor supply challenges would ease.

Decio Nascimento, CIO of global macro hedge fund Norbury Partners, told GOBankingRates that the economy continues to expand — albeit at a smaller pace than before — as expected.

“Supply chain issues and labor shortages are still weighing on economic growth, but these should get cleared up in the near future and everything points to healthy and strong demand. This report only reinforces our views that next year we will see strong growth and inflation numbers,” he added.

Business picked up in the leisure and hospitality sectors in most districts as the spread of the Delta variant ebbed. Construction activity also showed general improvement, but was somewhat constrained by scarce materials and labor shortages.

Employment and wage growth indicators ranged from modest to strong. The Beige Book report detailed that while there was robust demand for labor, there was also a persistent difficulty in hiring and retaining employees across industries.

Sectors that saw an uptick in employment included leisure and hospitality, as well as manufacturing, but many enterprises were still limiting operating hours due to a lack of staff. Childcare, retirement numbers, and COVID safety concerns were widely cited as negative influences on labor supply.

See: The Labor Shortage May Not Be Because of Unwilling Workers — Here’s Why
Find: Homebuilder Confidence Up Despite Low Inventory, Labor Shortage — What Does It Mean for Consumers?

Finally, prices rose at a moderate to brisk pace, with price hikes being widespread across the broader economy.

“There were wide-ranging input cost increases stemming from strong demand for raw materials, logistical challenges, and labor market tightness,” per the Fed report. “But wider availability of some inputs, notably semiconductors and certain steel products, led to easing of some price pressures. Strong demand generally allowed firms to raise prices with little pushback, though contractual obligations held back some firms from increasing prices.”