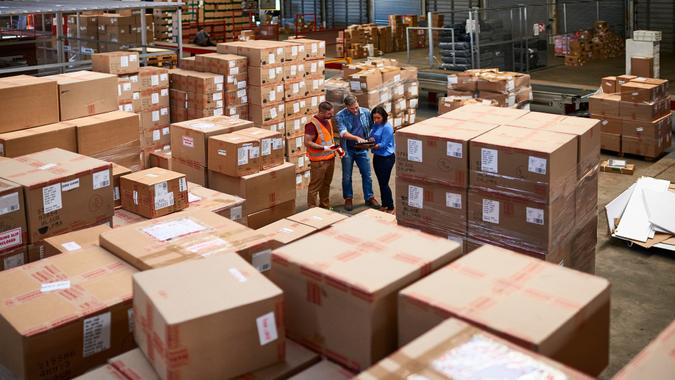 Anyone looking for a ray of hope in the global supply chain crisis won’t get much joy from recent headlines, as everything from an energy crisis in China to a massive gas shortage in Europe have only worsened the problem — and led some retailers and manufacturers to overorder ahead of the holiday season.

Some companies are also placing orders too early in reaction to the supply chain panic, CNBC reported, which has done nothing to help the problem.

Supply chains across the globe have been disrupted on numerous fronts this year, ranging from COVID-19 outbreaks in key manufacturing centers to port closures, gasoline shortages, labor shortages and a lack of shipping containers.

As previously reported on GOBankingRates, the global supply chain crisis is such that some of the world’s leading shipping and transport organizations have asked the United Nations to intercede, warning that a failure of governments to act could lead to the collapse of the global transport system.

Now that retailers have begun overstocking, Savoir envisions a ripple effect that could negatively impact wholesalers, distributors and manufacturers, which might lead to skewed demand forecasts and unfulfilled orders.

Similar concerns were brought up by RBC Wealth Management in an Oct. 15 note: “Because the problems are well known, orders for raw materials, component parts, and finished goods are now being placed earlier than normal, which is lengthening the queue, creating a vicious cycle.”

Meanwhile, you can expect a shortage of goods ahead of the holiday season, along with continued high prices as demand outpaces supply.

“Recent data point to tenacious supply chain and labor market disruptions,” Lauren Goodwin, Economist and Portfolio Strategist at New York Life Investments, wrote to GOBankingRates in an email note. “In our view, these disruptions make it more likely that inflationary pressures will persist.”