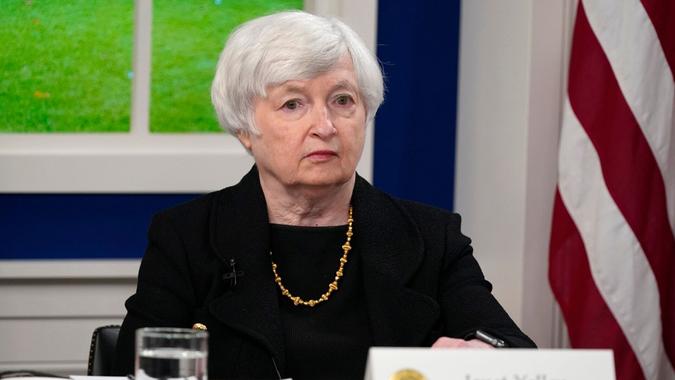 In her latest letter to Congress, U.S. Treasury Secretary Janet Yellen urged House Speaker Nancy Pelosi to come to a permanent resolution regarding debt ceiling measures after the December expiration currently in place.

Shutdown Worries: What a Government Shutdown Could Mean for Your Wallet
Funded: Senate & House Pass Measure To Fund Government Into December With Hours To Spare

“The recent increase in the debt limit provides only a temporary reprieve, and Treasury will need to use certain extraordinary measures through December 3. On September 28, I informed you that I had determined that a debt issuance suspension period would continue through October 18, 2021,” Yellen wrote.

She continued, writing that in light of the recent increase in the debt limit, the Treasury will be “unable to fully invest through December 3, 2021, the portion of the Civil Service Retirement and Disability Fund” that is not immediately required to pay beneficiaries. This means that the portion of the fund that is not absolutely necessary for payments will not be funded unless a more permanent resolution is found for the debt limit.

Additional investment will also be suspended for the postal workers’ retirement fund. Yellen continued, noting that once the debt limit is increased or suspended, the two funds would be made whole.

The Treasury Secretary also stated in her letter that the Treasury will extend its suspension of the sale of state and local government series securities which has been a policy in place since July.

The current debt ceiling agreement is a temporary measure that funds the government until the beginning of December. Republicans claim to have voted for this measure to give Democrats extra time to come up with a resolution to increase the debt ceiling on their own, without the necessity of Republican votes.

While Democrats currently hold the majority and can push this through, it is possible they are holding out for enough Republican votes to join them in their attempt to increase the legally allowed amount of debt to be held.

Unless a more temporary resolution is put in place within the next couple of weeks, as Yellen has stated several times, the Treasury will run out of money.