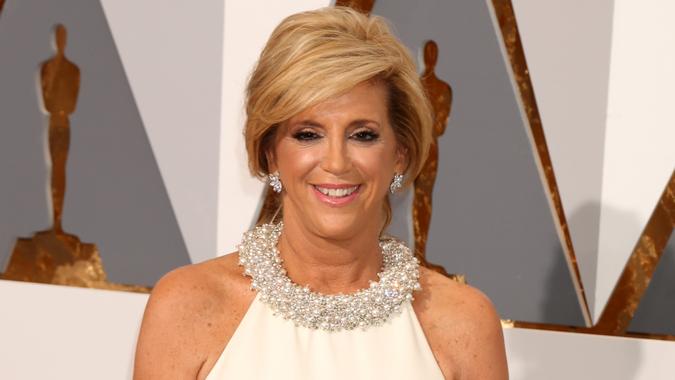 Becoming a single parent can lead to major financial strain. Budgets are stretched thin, balancing work and child care can be extra challenging, and the thought of saving for the future can be daunting when you’re struggling to make ends meet in the present. But despite these added obstacles, numerous single mothers have gone on to be successful entrepreneurs and business leaders.

Support Small Biz: Don’t Miss Out on Nominating Your Favorite Small Business To Be Featured on GOBankingRates — Ends May 31

Cathy Hughes is the founder and chairperson of Urban One, formerly known as Radio One, the largest African-American-owned and operated broadcast company in the U.S. She had her son when she was 16, and was divorced and raising him on her own by the time she became the first woman to own a radio station ranked No. 1 in any major market and the first African-American woman to head a publicly traded company.

Hughes said that having her son is what inspired her to become an entrepreneur: “Having that baby forced me to put someone else ahead of my own selfish desires,” she told the Huffington Post. “One day, he had a fever and my employer said, ‘If you walk out that door, don’t come back.’ That’s when I decided I needed to be in control of my professional environment so I could be there for my child.”

Joy Mangano’s success story was the inspiration for the David O’ Russell film “Joy.” The single mother, entrepreneur and “Queen of QVC” is best known for inventing the Miracle Mop, but she holds more than 100 patents, Vanity Fair reported. Her other inventions include Huggable Hangers, which are the bestselling product in HSN history. At the time Mangano invented the Miracle Mop, she was a single mom with three kids who was struggling to pay the bills while working as an airline reservations manager and waitress.

Check Out: The 50 Best Companies for Working Moms

After launching her career at QVC, Mangano founded the company Ingenious Designs LLC and eventually sold it to HSN in 1999. She was the face of the network for nearly two decades, stepping down from her TV sales role in 2018, E! News reported. Since then, she’s launched the company CLEANBOSS and now has a net worth of $70 million, Celebrity Net Worth reported.

A single mother of two, Emma Johnson founded the blog Wealthy Single Mommy in 2012 to connect with other single moms and provide inspiration and information to this community. At the time, she was a freelance journalist who was barely making enough money to get by. The blog is now the largest single-mom community in the world, with 300,000 monthly viewers. In addition to her blogging success, Johnson has also authored the book “The Kickass Single Mom.”

“This single mom business is not easy,” Johnson wrote on her site. “On the tough days it is stressful, exhausting and lonely. But life as a single mom can be brilliantly fulfilling.”

Take a Look: What The First Year of The Pandemic Looked Like for The Working Mom

In her mid-40s, Eileen McDonnell decided to become a single mother and adopted her daughter from Russia. After she became a mom, she became the CEO of a Fortune 1000 company, the insurance firm Penn Mutual.

McDonnell hadn’t set out to become an executive as a single mother — she had actually stepped away from corporate life to work as a consultant shortly after she made the decision to adopt. But she ended up being approached by the then-CEO of Penn Mutual to apply for the role of CMO. During her interview with the company board, McDonnell stressed that she would need flexibility.

“I was clear I would give them my all, but if it were going to be an issue that I might have to step out to be a reader at my daughter’s school, I’m not the right one for the job,” she told CNN.

The board agreed to give her the flexibility she desired, and she got the job. Two years later she was promoted to president and became CEO in 2012.

“I felt I could be the mother I wanted to be and be a successful executive and positively affect the company,” McDonnell told CNN.

When PackIt founder Melissa Kieling got divorced in 2008, she was broke and did not know how she would able to take care of her three children.

“I was suddenly a single mom, and I had no career experience to fall back on after a decade of staying home to raise my kids,” she told Inc. “I watched the bank repossess my car. At times, I had as little as $13 in my checking account.”

Find Out: 3 Alarming Ways Women Are Lagging Behind Men When It Comes to Their Finances

After her kids complained about their fruit getting mushy in their lunch bags, Kieling realized that there was a need for an insulated lunch bag that was actually effective, unlike the other bags on the market. She came up with the idea of creating a lunch bag that had gel packs built into the lining and created a prototype using her cut-up shower curtain. She presented the idea at a trade show and caught the attention of buyers at Target — though they said she needed to better educate consumers about how her product, PackIt, worked. So she used a $2 million investment in the company to create an infomercial.