The Financial Impacts of COVID-19 That We Weren’t Expecting 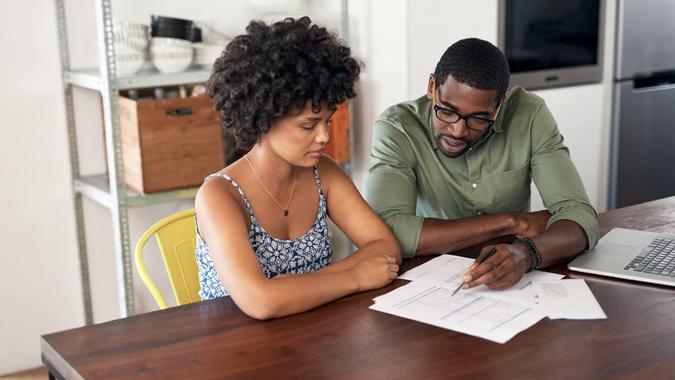 Some of the implications of the pandemic could have been predicted — for example, with many sectors of the economy closed, it could be expected that people would lose jobs. But other financial impacts were surprising — for better or for worse.

Here’s a look at some of the financial impacts of COVID-19 that we weren’t expecting.

“Conventional wisdom might suggest that as economic activity falls and more people are unemployed, the savings rate would decline as people’s finances are more stressed,” said Robert R. Johnson, PhD, professor of finance at the Heider College of Business, Creighton University. “In fact, just the opposite has happened.”

Find Out: How COVID-19 Changed Retirement for Everyone

Johnson noted that the average personal saving rate — the percentage of disposable income that people save — reached an all-time high of 33.7% in April of 2020, well above the long-term average of 8.9%. This is likely due to the fact that so many of our usual expenses — commuting, travel, dining out, etc. — were eliminated or diminished during the pandemic. In addition, many people saved more out of fear of what was to come.

Show Support: How To Keep Supporting Your Local Small Businesses During COVID-19

“Overall, the U.S. savings rate has increased during the pandemic as higher wage earners have cut spending dramatically,” Johnson said.

“The number of retail investors has nearly doubled during the pandemic,” Johnson said. “Again, one might assume that as finances are stressed, fewer retail traders would enter the equity markets. But, since the start of 2020, retail trading as a share of overall market activity has nearly doubled from between 15% and 18% to over 30%, according to Credit Suisse. This is an offshoot of the savings rate rising dramatically. Additionally, many more individuals have more time to devote to retail trading as both unemployment has increased and more individuals are working from home.”

The pandemic indirectly led to the rise in investing as a form of entertainment.

Did You Know: 25 Companies Making the Most Money From Coronavirus

“Social distancing has left many of us with a lot of restless energy and no outlet. It’s harder to go out and play sports, go to the gym, attend a ball game, go to the movie theater, or have a late dinner and drinks with friends without restrictions or anxiety,” said Corbin Blackwell, CFP, financial planner at Betterment. “We’re more disconnected from each other and looking for bonds in other places. Combine this with the proliferation of stock trading apps available now and you get what you saw with GameStop.”

The Wealth Gap Got Even Wider

The financial impacts of the pandemic have not affected everyone the same way, and, unfortunately, COVID-19 has exacerbated already existing inequalities.

“The divide between the ‘haves’ and ‘have nots’ has just gotten bigger,” said Scott Schleicher, financial planning specialist group manager and senior financial advisor at Personal Capital. “Lower-income workers have been most affected by the current economic environment, pushing folks who were living paycheck-to-paycheck into even more financially precarious positions. Conversely, many folks who entered the recession with stronger financial and employment situations have actually benefited from the recovery due to the stock and real estate markets rising substantially. So the lower earners have sunken even lower, and the higher earners have actually risen even further.”

In a typical recession, demand for homes declines while supply increases due to people who cannot afford to keep their homes, which drives home prices down. This has not been the case during the pandemic.

Learn More: How the Real Estate Market Was Impacted in These 25 Places Hit Hard by COVID-19

“Many have seen a huge rise in the value of their homes,” Schleicher said.

This has especially been true in suburban areas, with people fleeing cities to purchase larger homes outside of urban centers.

Some People Earned More in Unemployment Than When They Were Employed

“The combination of expanded unemployment benefits and government stimulus checks have actually left some unemployed people with a higher income than they had when they were working,” Schleicher said. “This description does not cover most unemployed workers, but some are in this position. These government payments, in general, have helped prop up an economy that is suffering on many levels.”

While this was a nice surprise for some people who lost their jobs, the extra unemployment funds will end up costing us in the long term.

“This bill will come due at some point,” Schleicher said. “Not only will the federal government have to pay down this debt, but the general economy will probably have to deal with inflation at some point due to all this money being pumped into the system. It could be some time before we are confronted with this issue, but it’s difficult to see it not becoming a problem at all.”

Pre-pandemic, no one would have assumed that toilet paper, Clorox and face masks would become items people were clamoring to buy.

Read: Brands With the Most Obsessive Fans

“Antibiotic wipes and cleaners, toilet paper and other cleaning supplies could not be found anywhere,” said Amy Braun-Bostich, founding partner and CEO of Braun-Bostich & Associates. “Masks became mandatory, and now there are so many kinds and designs.”

When offices initially closed in March, many expected we would return to the office in a matter of weeks or months — but this has not turned out to be the case, and will likely have long-lasting implications on the way we work.

Related: The Highs and Lows of Working From Home for Nearly a Year

Not only will this change how people work, but it will have a ripple effect on other industries.

“This will impact hotels, airlines and other travel-related companies,” said Johnson. This is due to a projected decline in business travel. This will also likely affect the commercial real estate industry as companies will no longer want to rent out large office spaces.