For women, the 30s can be a tough age career-wise. You might be trying to figure out how to juggle work and a family. You might be secure in your job, but longing for a new challenge or opportunity for advancement. Or you might be frustrated by the widening pay gap between you and your male colleagues — which grows with age, according to research by the American Association of University Women.

“When you’re in your 30s, you’ve reached a critical point in your career,” said life and career coach Anna S. E. Lundberg. That’s why it’s important to take steps to figure out what you want and ensure you’re on a path to success. Here are the 10 best moves women in their 30s can make to advance their careers, earn more and achieve their goals.

Learn: Why 2016 Is the Year of the Entrepreneur

By the time you’re 30, you have a good amount of experience, a decent salary and perhaps have even been promoted a few times. “But, as Stephen Covey said, ‘It doesn’t really matter how fast you’re going if you’re heading in the wrong direction,’” Lundberg said.

Your top priority at this stage should be knowing what you want to achieve. To do this, Lundberg said that you should create a list of your top three personal values. Then ask if these values are reflected in your career and your lifestyle today. “If not, you can go about setting goals that are aligned with those values, and then creating an action plan to achieve those goals,” she said.

Women are less likely to negotiate their salary than men because they learn from a young age not to promote their own interests. However, women need negotiating skills to earn more money and advance their careers.

The key to asking for you want is preparation. “Okay, you may deserve a promotion, but what is promoting you going to do for the company?” said Barry Maher, author of “Filling the Glass: The Skeptic’s Guide to Positive Thinking in Business.” “When going for that promotion, be ready to articulate the business case for giving you the job. How are you going to make the company more profitable, save money, increase efficiency or productivity?”

Also, prepare yourself before asking for a raise or negotiating pay for a new job by knowing what you’re worth. Websites such as Salary.com and Payscale.com can help you see what others in similar positions are earning. However, you shouldn’t state a number when negotiating for higher pay, according to Payscale.com. Wait for the employer to suggest an amount, then ask for a little more because employers typically don’t offer the upper bound of what they’re authorized to pay.

3. Position Yourself for Advancement

Not only should you be willing and ready to negotiate for a pay raise or promotion, but you should also be taking steps throughout the year to position yourself for advancement. Maher recommended that you send a short note to your boss at the end of each week to keep him or her apprised of everything you did during that week.

“Come evaluation time, the boss may use those notes to help write the evaluation,” he said. “And at the very least, you’ll have all that ammunition when it’s time to talk about that next promotion or raise.”

Women often don’t realize that they need to brand themselves. “It’s one of the most important things you as a 30-something, career-minded woman can do,” said Kim Davis, senior vice president of human resources at national insurance and wealth management broker NFP.

By branding, Davis means identifying yourself by more than just a job title. You should think about how you want to describe yourself and what you do before you interact with others — whether it’s during a job interview or at a social event.

“When you meet people, you can immediately provide them insight into who you are as a person and an individual,” said Davis, who is in the process of creating a women-in-leadership program for employees at NFP.

The process of figuring out your “brand” might also help you identify whether you’re on the right track in your career. It can also help you come up with language to let people know that, although you’re in a certain position now, you’re looking to advance or make a change.

Men do a much better job of networking than women, Davis said. In part, it’s because women are busy juggling family and careers and have allowed social media to become a substitute for face-to-face interaction. But it’s also because women are less likely than men to consider locations outside the office as places to do business and promote themselves.

It’s important for women to take advantage of networking opportunities through organizations such as your local chamber of commerce, the National Association of Female Executives, or LeanIn.org, which offers peer support “circles” in cities across the country.

Don’t just reach out to people in your field. “By the time I was 34, I realized that I made a number of connections in different industries [and] that I could easily utilize my network to build a financial planning practice,” said Shannon McLay, founder and president of The Financial Gym. “I built my business without making one cold call thanks to that network.”

In addition to networking, women also should seek out successful people in their field or the field they want to pursue for guidance. “As women are trying to map their own career destiny, this is an excellent time to start collecting mentors — mentors in the office, mentors in their alumni association, mentors in their sorority — as they realize that you cannot do it alone,” said career coach Carlota Zimmerman.

Mentors can show you what steps they took on their path to success and help you make connections with other successful people. Maher also recommended helping your mentor as they move up get to where they want to go; they might bring you along with them.

7. Figure Out What Makes You Happy

By your 30s, you might have discovered that you’re not satisfied with your career and would like to make a change. “This is the perfect time [for women] to explore career moves that are more in line with their unique talents and needs,” said Dr. Sarah Brown, creator of Know Thyself Guides, which make job suggestions for people based on their personality profile.

The problem for many women, however, can be figuring out what will make them happy. Brown recommended identifying things that excite you and give you energy, how you would like to pursue what you love and which conditions need to be in place in the work environment that keep you out of stress. Then look for job opportunities that allow you to spend the bulk of your time on your interests and use your natural strengths in an environment that caters to your needs.

If you’re thinking about making a career change or want to earn more in the field you’re in, you might want to go back to school. “Early 30s are the perfect time for women to realize that … only they are responsible for empowering and educating themselves so they can go as far as they wish,” Zimmerman said.

Census Bureau data shows that those who get a master’s degree earn, on average, $1,300 more per month than those with just a bachelor’s degree. It’s important to figure out the payoff for going back to school to make sure it’s worth the investment. Factor in how much you’ll need to borrow, lost earnings and benefits during the years you’re in graduate school, and how much your income will likely increase with an advanced degree.

To advance your career and get ahead, you might have to take a few risks along the way. And it’s best to do that while you’re younger before other responsibilities — such as family obligations — make it tougher to take risks.

McLay said that at the age of 30, she left a company where she had worked for eight years because she was being overlooked for a bigger position. “Two years later, that company asked me to come back and they not only gave me a bigger position, but I also earned over 20 percent more than I did when I left,” she said. “Sometimes companies take you for granted or pigeonhole you in a position and the only way you can move ahead is to leave.”

If you are thinking leaving a job, making a career change, or starting your own business, McLay suggested talking to the people who know you best professionally to get their advice and encouragement. “The great thing about doing this in your 30s is that you likely have almost a decade of solid contacts that could easily help you make your next move,” she said.

10. Stop Being Your Own Worst Critic

One of the biggest things that might be holding you back in your career is you. Women are more prone to doubt their abilities and let their insecurities prevent them from pursuing career advancement. Research has been found, according to Davis, that when a job opens for a more senior role, men will promote themselves for a position even if they have only 45 percent to 50 percent of the required skills. But women won’t promote themselves for the position unless they have 80 percent of the required skills.

“It’s our inner voice as much as our outer voice,” Davis said. “You have to believe what you’re selling. Take the stress and pressure off yourself and stop being your own worst critic.”

Don’t wait to make these career moves. Taking these steps now to empower yourself can help you achieve the success you want. 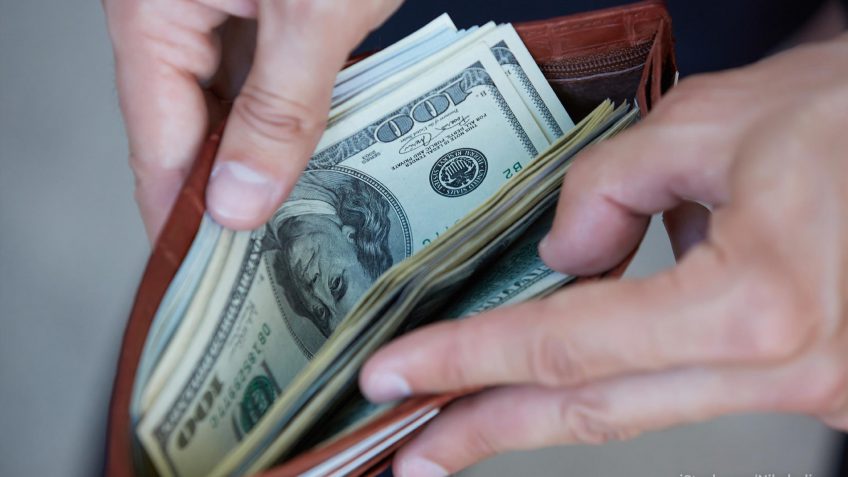 Find out how you can make a few extra bucks this year.