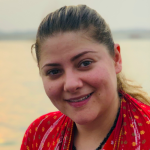 With the advent of the financial influencer wave, more people are comfortable discussing how much they make and coaching others to earn similarly using their resources and skillsets. One popular talking point is the elusive six-figure salary, which, admittedly, was not as common previously as it is today.

The six-figure salary is a milestone many professionals aspire to reach as their careers progress and they gain experience. But how much is six figures, and can anyone achieve that salary scale?

Here’s what it means to have a six-figure salary in the United States today and what career options are available if you want to be a six-figure earner.

What Is a Figure?

Mathematically speaking, a figure is a digit or number. But when discussing salary, not every number factors as a figure. Only the dollar amount listed on your paycheck counts.

What Is a 6-Figure Salary?

How much is six figures when discussing salary? Any number between $100,000 and $999,999 falls within this perimeter. Since this is only considering the dollar wage amount, anything below $100,000 is not part of this bracket. If someone makes $99,999 a year, it cannot be counted as a six-figure salary, even if a dollar short.

Usually, when people say they make six figures, they refer to the amount they earn per year before taxes.

What Is the Minimum Monthly To Make 6 Figures?

A person must make a minimum of $8,333.33 monthly to have a six-figure salary. Calculate this amount by taking the annual salary and dividing it by 12 months.

If you want to know if a person makes six figures if they earn per hour, multiply their hourly wage by how many hours they work every week, and then multiply that total by 52. The result is their gross annual income.

To make six figures a year on an hourly income, you must earn at least $48.08 an hour, working 40 hours a week, at eight hours per day.

A seven-figure salary is when someone makes an annual income between one million and nine million nine hundred and ninety-nine dollars.

Is It Good To Make A 6-Figure Salary?

Making a 6-figure salary is a solid accomplishment. However, how much that money influences your quality of life depends on your location, spending habits, taxes, and general expenses.

Remember the Cost of Living

Keep in mind that a significant portion of your wages goes to taxes. And in states that have both income and state tax, like New York, you may not have the same spending power after deductions as in other places such as Florida or Kentucky.

Once considered the gold standard of success during the 1950s, the increasing cost of living, pay cuts and job cuts plaguing the American economy are reducing the value of that figure. One Insider report mentions that a $100,000 salary in the United States is middle-class income. Newsweek corroborates this claim, with one article indicating that 42% of Americans who make over $100,000 a year live paycheck to paycheck.

How Many People Make 6-Figure Salaries in the US?

While six-figure salaries are not as rare as previously, most Americans still make less than that annually. According to the U.S. Census Bureau, the real median household income in the United States was $70,784, down slightly from $71,186 in 2020.

But this also means that jumping from the median five-figure salary to a six-figure one is not very difficult, especially if you are looking for a job change. It ultimately depends on your skills and career choice, which we cover in-depth below.

Do You Need a Degree To Earn 6 Figures?

It’s no secret that people with college degrees earn more, on average than those with a high school degree.

According to the U.S. Social Security Administration, men with bachelor’s degrees make $900,000 more in median lifetime earnings than men with high school degrees.

As for women, those with bachelor’s degrees make $630,000 more in median lifetime earnings than high school graduates.

The good news is that despite these numbers, you can still make a six-figure salary even if you don’t have a college degree. Below are some jobs that pay in the six figures for college and high school graduates.

6-Figure Careers That Do Not Require A Bachelor’s Degree

Remember that making six figures takes hard work, but the quality of life enhancements are well worth the training and the effort you make to achieve your goal.

Knowing how much six figures is helps you determine what career you want and how to plan to get there. Whether you have a college degree or are a high school graduate, you have options to jumpstart your career and make the wage you desire with some planning and effort.

Hiba Boutary is a freelance writer with a public relations degree from her native Beirut. She has been ghostwriting for over a decade, covering various topics such as finance, software, real estate, human resources, business and legal. Hiba is the co-founder of a digital agency and is based in Brooklyn, New York. She frequently travels to Beirut and New Delhi and is working on a debut collection of short stories.
Learn More