Is Work-Life Balance Worth a Pay Cut? One-Third of Workers Thought So During Pandemic 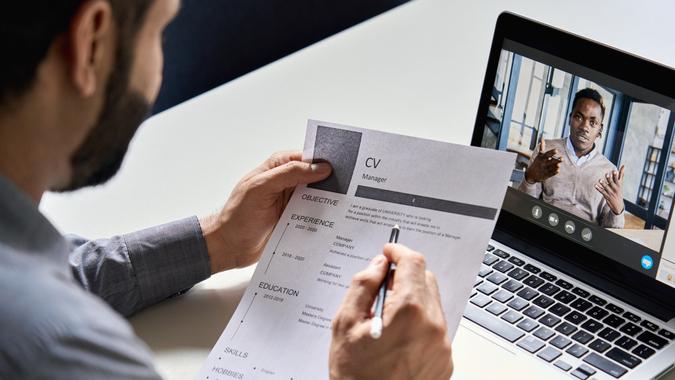 The Great Resignation appears to be retaining strength: one-third of workers who switched jobs during the pandemic took a pay cut to prioritize a better work-life balance, according to a new survey.

See: Nearly Half of Americans Quit Their Jobs Because They Feel Unappreciated by Management
Find: 5 Jobs for Moms With Big Resume Gaps

Entering year three of the pandemic, Prudential’s newest “Pulse of the American Worker Survey: A Third Year Begins — Life and Work in the Pandemic Era” survey found that workers are transfixed on both their financial stability and on adapting to an ever-changing work environment.

The survey, released March 8, also notes that workers are re-evaluating their priorities. Fully 1 in 5 workers surveyed are willing to take a pay cut if it means they could have better work/life balance or work for themselves, saying they’d be willing to take a 10% (average) pay cut to achieve these ends.

In addition, reflecting the ongoing Great Resignation, 22% of workers polled say they have switched employers since the start of the pandemic — a figure up from 13% in April of 2021.

Of these workers, half are actively searching or are considering looking for a new job.

Aside from better pay being a motivating factor for a job switch (71% of respondents indicated as much), 28% of workers who are considering switching employers say they would be more likely to stay with their current employer if they were offered a better retirement/401(k) plan. By comparison, 27% of respondents cite increased flexibility around their schedules and 25% cite a clear path for advancement.

“Who would’ve thought there’d be a silver lining from a global pandemic, but the shift we’ve seen in attitude and prioritization these last two years in regards to employee satisfaction, mental health, and general work-life balance has been a welcomed change,” Stephanie Lovell, head of marketing at startup hiring app Hirect, told GOBankingRates. However, Lovell also indicated another aspect of this new paradigm.

“As many of us have transitioned into permanent or hybrid remote roles, the separation between play and professional, home and office, has become intertwined like never before. Remarkably, this greater flexibility has led to a phenomenon where, despite not having the formality of an office setting or structure, many of us have found it more challenging to fully disconnect. This has the potential to lead to longer working hours, less quality personal time, and eventual burnout.”

Another key finding of the survey: 7 in 10 workers say the pandemic has made them more concerned about their finances, up 5 percentage points since October of 2021.

On a brighter note, the survey finds that despite the plethora of current concerns, 42% of workers say their financial situation has improved over the last two years — this number includes 54% of Gen Z and 49% of millennial workers.

However, women are much less likely to report their financial situation has improved, with 36% saying so as compared to 48% of men polled.