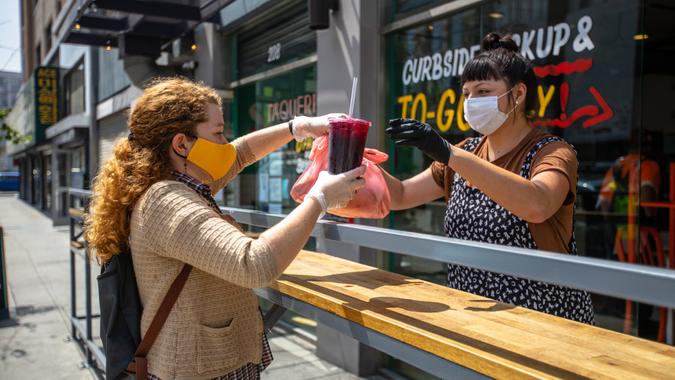 Employment growth in the United States hasn’t extended to everyone, as lower-income workers continue to lag behind others in terms of overall job gains since the beginning of the COVID-19 pandemic, according to a new report.

Jobs for workers with annual incomes below $27,000 were down about 22% as of July 23 compared with mid-January 2020, CNBC reported Monday, citing data from Opportunity Insights, an economic research initiative based at Harvard University.

Those numbers demonstrate how the pandemic continues to hit lower-wage workers more than anyone else — even though all sectors of the economy saw job losses when the initial COVID-19 crisis led to lockdowns and business closures.

See: Pandemic Relief Programs Are Ending — Here’s How You Can Still Get Assistance
Find: The 50 Cities Best Prepared to Reignite Their Economy and Job Market

Nearly 40% of the lowest-paying jobs disappeared at the height of the pandemic in April 2020, CNBC noted. Those jobs have since bounced back somewhat, though there has been little movement since the end of last year, according to the Opportunity Insights report.

“Over the past 13 months, we’ve really seen no growth in the employment of low-wage workers,” John Friedman, an economics professor at Brown University and a co-director of Opportunity Insights, told CNBC.

Meanwhile, industries that depend on low-wage workers have lagged other sectors of the economy in terms of job growth. The number of leisure and hospitality jobs, such as those in the restaurant and hotel industries, are still down 10% from February 2020.

That’s partly because many low-wage workers have simply not returned to the job market, for whatever reason. Some are fearful of lingering COVID health risks, economists say, while others can’t afford or can’t find day care. Another theory making the rounds is that stimulus checks and other pandemic-related benefits have taken away the incentive of some workers to seek employment.

Americans hoping for a fourth stimulus check might be in for a disappointment, however. The recent passage of the $1 trillion infrastructure bill in the U.S. Senate, combined with the most recent jobs report — which, as GOBankingRates reported, showed that the unemployment rate fell to 5.4% in July — doesn’t bode well for those still holding out for a fourth stimulus payment.