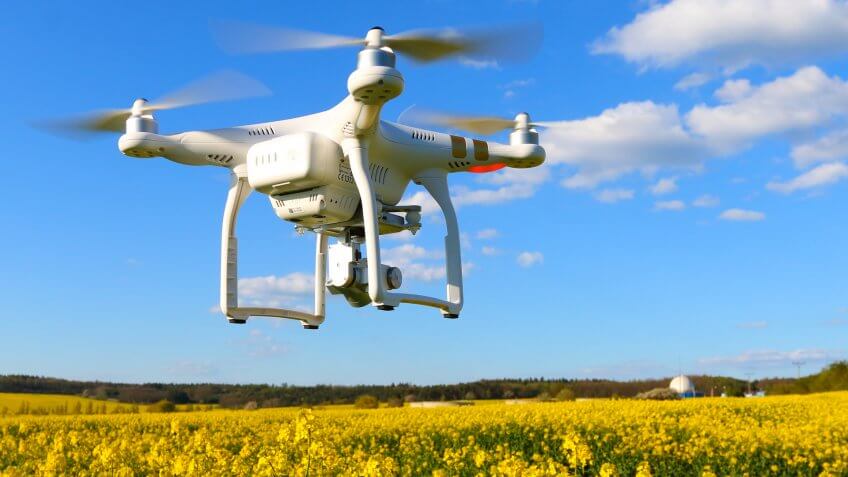 Futurist Ian Pearson recently predicted that artificial intelligence would be “billions of times smarter than humans” in the future. Eventually, humans won’t be able to beat machines, Pearson told CNBC. And, as a result, “some jobs that don’t require humans will disappear.”

Don’t panic. Instead, start preparing for this type of change. These 13 different types of technology have proven to be smarter, more efficient and more productive than their human counterparts.

Click through and be aware of the jobs you should stay away from. 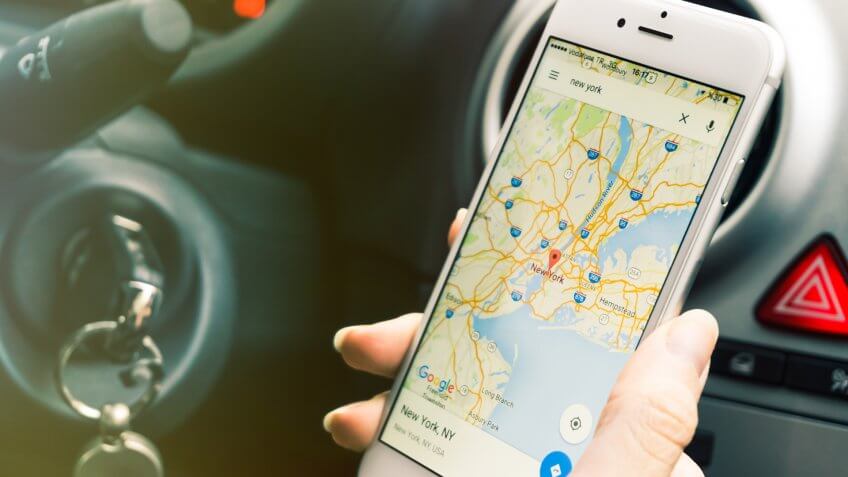 Commercial use of navigation technology exploded and has since become integral features of smartphones. GPS systems provide accurate mapping and navigation, far superior to human map-reading of the past.

In the business world, delivery giant UPS credits GPS systems for saving the firm millions of dollars in gas and delayed deliveries. And if you’ve ever been in the car with your family for a prolonged period of time, you know that GPS is also a good alternative for your coworker’s “shortcuts” to get to the office — or worse, a Thomas Guide. 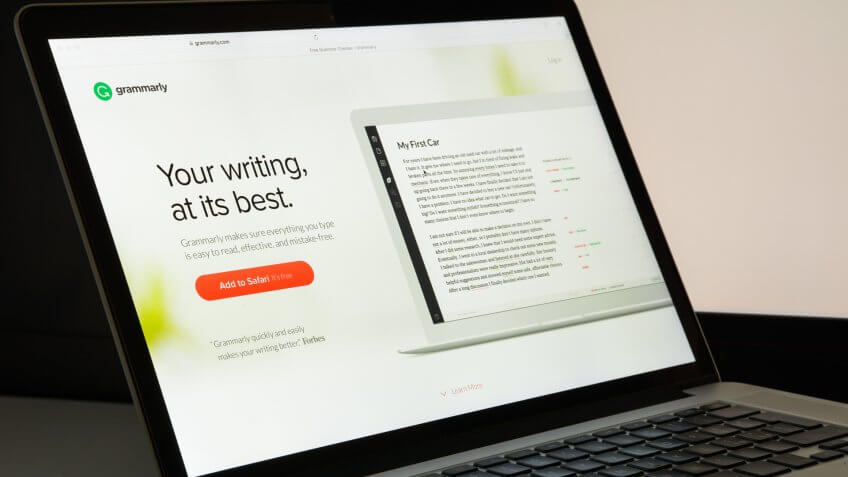 Spell-checking and editing software has been a core component of early writing software. But today, more and more organizations are turning to editorial technologies to expedite the editing of documents and improve writers’ performance.

Grammarly has exploded in popularity by giving writers the tools they need to improve sentence structure, turn passive voice into active voice and reduce colloquialisms. Founded in 2008, the company’s platform is smarter than human editors because it reduces overlooked errors and lessens the need for a large editorial staff. Eventually, standard copy editing might be added to the list of jobs your kids won’t know existed. 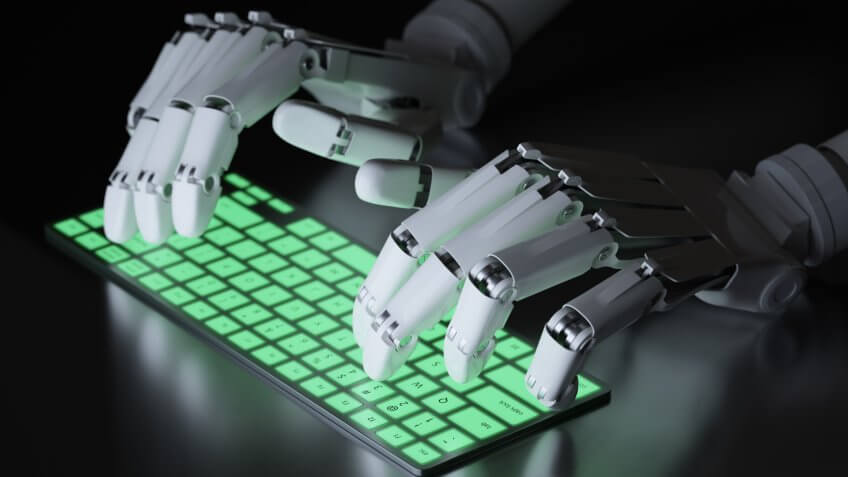 Have you been reading the latest earnings reports and stock updates? Well, there’s a small chance that this news was compiled and written by a robot journalist.

Launched in 2010, Narrative Science in Chicago uses a software program called Quill to quickly and accurately develop content around monthly earnings reports. The software knows exactly what numbers to pull, and can write a short update much faster than its human counterpart. Perhaps the writer of this piece should be more concerned about his own job security. 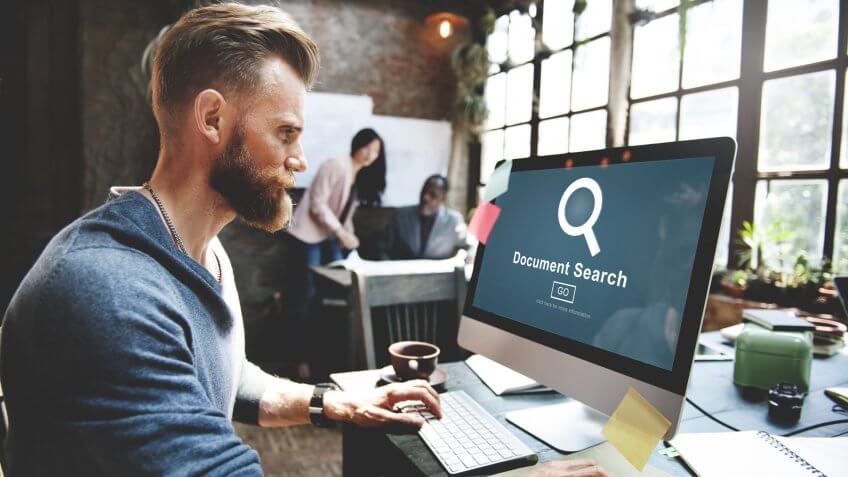 For decades, companies kept physical copies of documents. Each time a specific document was required, record keepers were responsible for sifting through thousands of boxes. Today, platforms like Sentieo have made records easier to search by keywords and subjects. The projects are an extension of search engine indexing, which expedites the storage of data for later retrieval by parties. 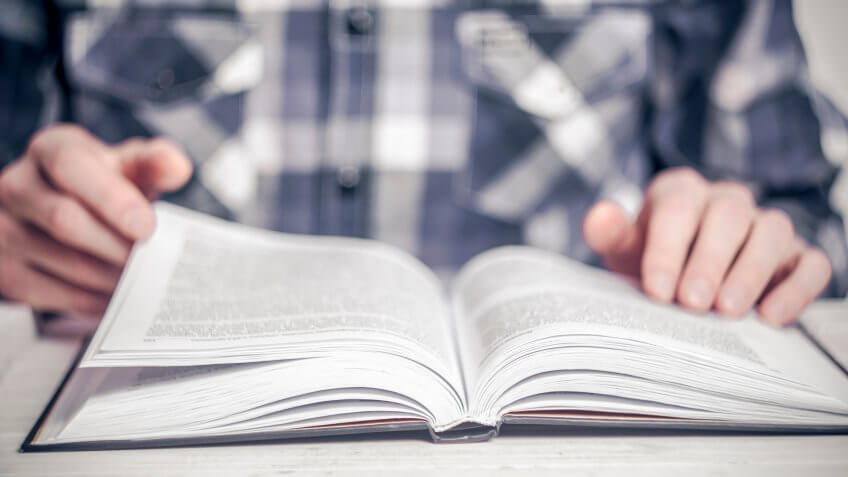 Writing and editing are not the only areas that humans lag behind technology, it’s the process of reading as well. In early 2018, artificial intelligence platforms built by engineers at Microsoft and Alibaba topped their carbon-based counterparts on a Stanford University reading comprehension test.

The Alibaba AI model scored 82.44 on its answers compared to the human score of 82.304. AI advocates argue that further progress in such comprehension could lead to more advanced automation platforms that help solve highly complex problems and enable humans to answer more difficult questions. 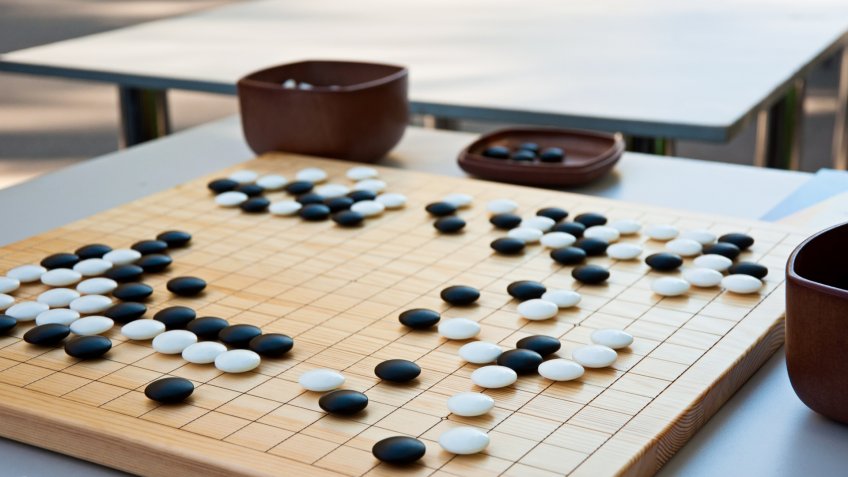 Artificial intelligence has gone beyond the leaps of the traditional video game audience. In 2016, Google’s DeepMind computer went undefeated against the European Champion in a five-game series.

It was the first time that computers beat professionals at the highly complex strategy game, and it will likely determine what type of gift-worthy tech gadgets you’ll find at Best Buy in 2028. 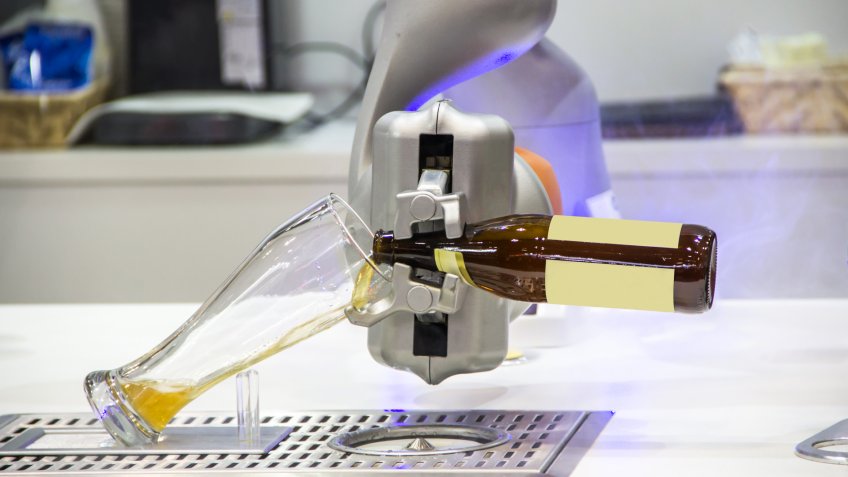 Want the perfect drink? Robot bartenders have perfected the science of mixology. Robots on Royal Caribbean cruise lines have replaced humans and can make up to two drinks per minute, and can pour specialty cocktails with the right programming.

The robots are already taking human jobs in hospitality. The question, of course, is whether the robot can offer marital advice. 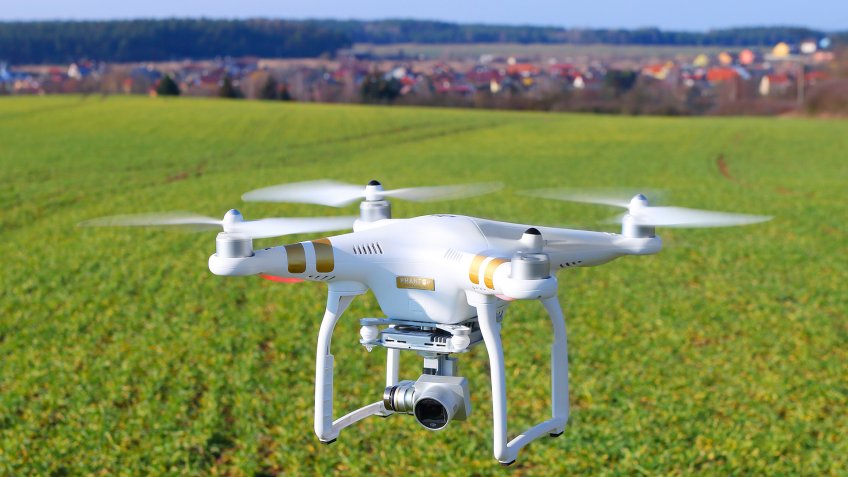 Today’s advancements in agricultural technologies have dramatically altered farming practices. Notable technologies in the drone and irrigation industry have provided a deeper assessment into a farm’s water management and thus the yields of the farm’s crop.

Data technologies in farming have outpaced a farmer’s ability to know what nutrients are required to maximize the production of every acre. This type of technology won’t eliminate the farmer, but the technologies can drive greater efficiency among workers. In addition, smart tractors are far faster at cutting, pruning and harvesting crops than their human counterparts. 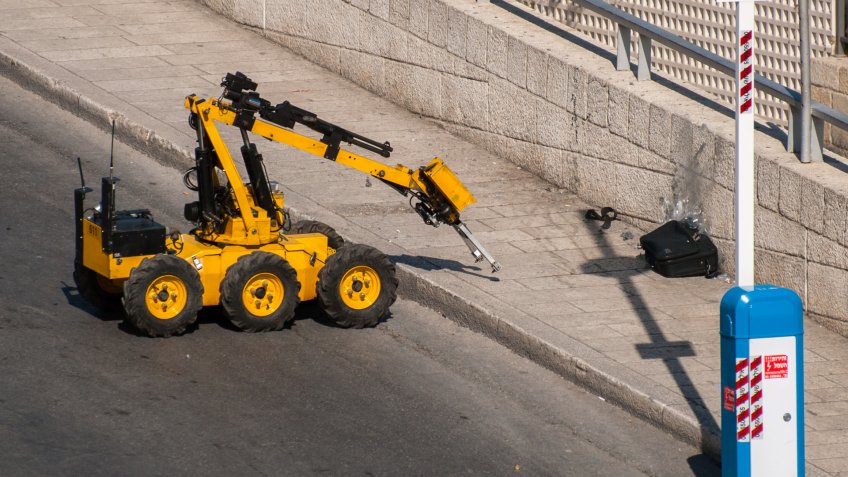 Early landmine and bomb detection began with humans — you guessed it — walking around and looking for exploding devices. What could go wrong?

Machines have learned “mechanical scent detection,” which can trace signatures left behind by explosive materials. Robots have been vital in saving lives and identifying IEDs in military conflicts across the globe — and should something happen, fewer human lives would be harmed. 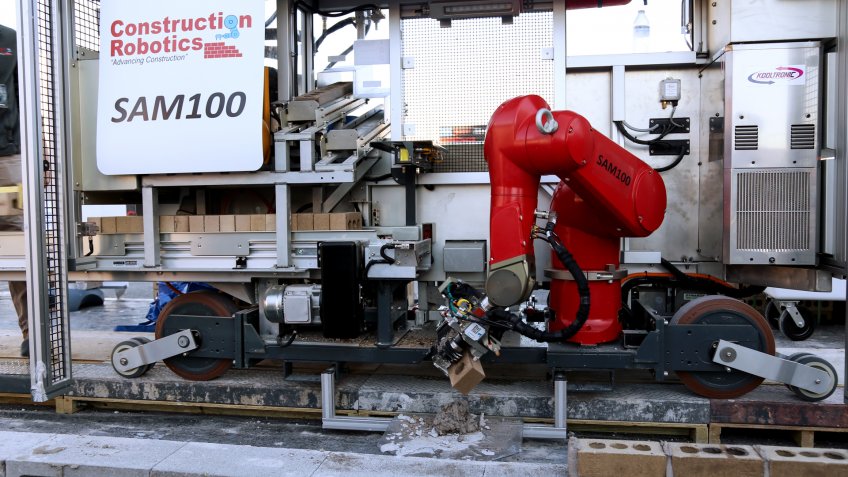 Bricklaying has been a craft for centuries. Now, the business is ripe for disruption thanks to fast-paced robots that can build a wall at a frantic pace. The Semi-Automated Mason (SAM) is the product of Construction Robotics and bolsters both productivity and reduces the cost of labor.

According to VICE, SAM lays bricks three times faster than human masons. It also doesn’t require breaks, financial benefits or rework to fix its errors. These machines are part of the growing trend that could see 600,000 construction jobs displaced in the United Kingdom alone by 2040. 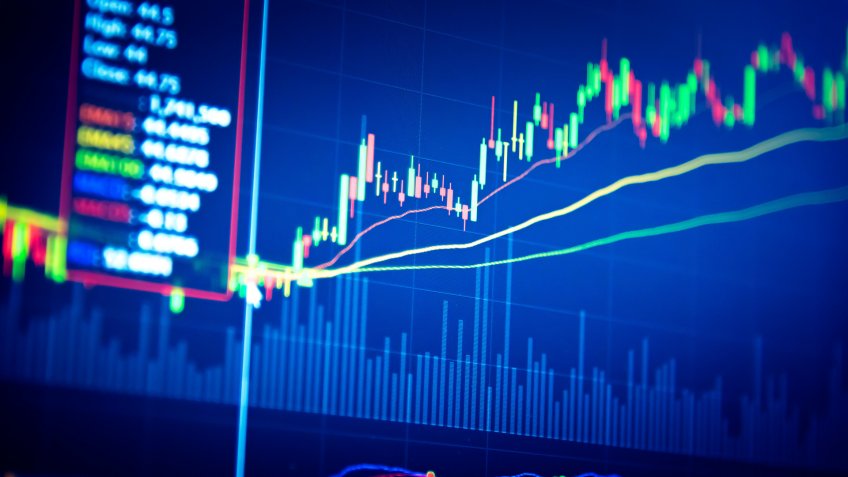 If you’re a retail investor, you’re competing against the machines. Today, quantitative trading systems quickly identify buying opportunities in the markets before investors can even identify them. Today, computer programs execute buy and sell orders, and represent more than 50 to 60 percent of daily trades, according to Art Hogan of B Riley FBR, Inc. 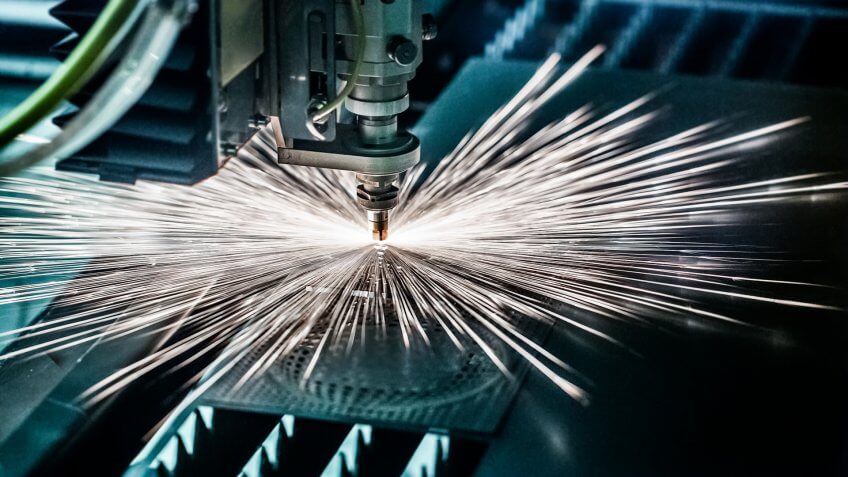 Assembly lines once consisted of humans doing the same task over and over again. One mistake could shut down the assembly line while everyone was forced to go back and determine if products had design flaws.

The optimization of manufacturing processes has bolstered the use of robotics to accelerate the assembly of cars, computers and other machines. Machine automation has dramatically reduced the need for assembly line workers, but it has increased the demand for jobs like engineers. 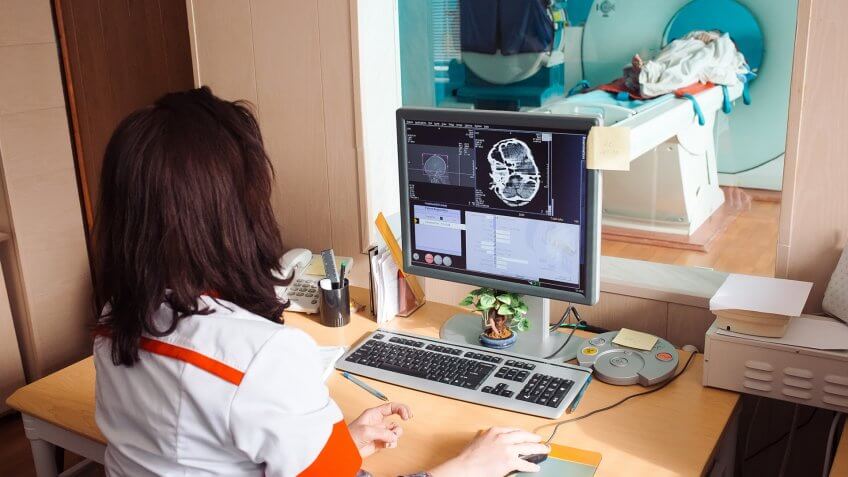 If you’re sick, it might take your doctor a while to reach your final diagnosis. That’s because doctors engage in a process of elimination to reach what is known as a “diagnosis of exclusion.” But machines are catching up on diagnosis and surpassing medically trained professionals in a few areas of disease detection.

A study from Stanford University reveals that a machine learning algorithm has proven to be much better at accurately detecting specific forms of cancer than human epidemiologists. While these technologies won’t replace human doctors, they will help doctors in the early detection process of disease and help prevent illnesses worldwide. 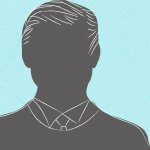 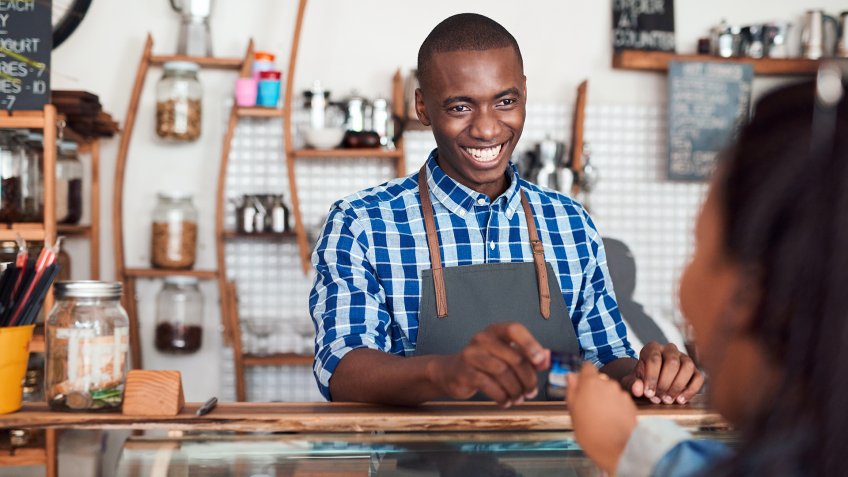 The Best Decisions People Made for Their Careers

Get an MBA? Quit? Freelance? 10 real stories to inspire you.