The Fortunes of Bernie Madoff, American Investor and Fraud, at His Death 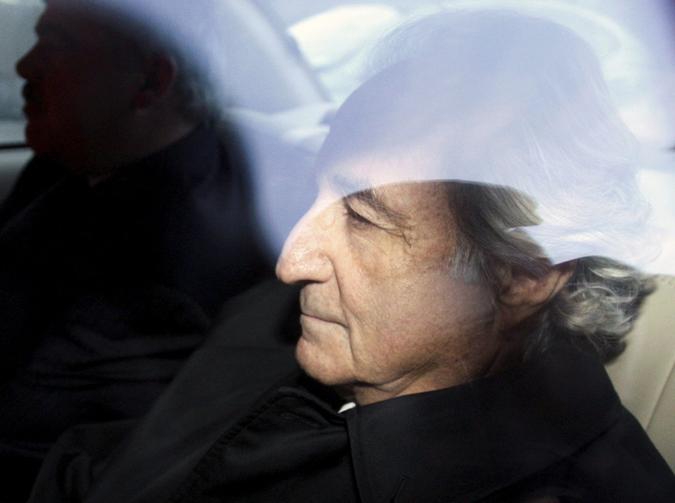 See: Locked Up and Loaded — Meet the World’s Richest Prisoners
Find: The Biggest Money Scams of All Time

Madoff started his investment career in 1960 as a penny stock trader, launching Bernard L. Madoff Investment Securities LLC with $5,000 (equal to about $43,000 today) he earned from odd jobs. His father-in-law, Saul Alpern, helped him in his business, extending a loan of $50,000, Celebrity Net Worth reports.

Early in his career, Madoff served as the non-executive chairman of Nasdaq and was also credited with developing some of the systems that made today’s electronic trading possible, CNBC reports.

See: Penny Stocks Thrive as Small Investors Flood the Market, Raising Fraud Concerns
Find: How These A-List Celebrities Got Scammed Out of Money

Madoff is notorious for the United States’ largest instance of investment fraud. His admitted Ponzi scheme defrauded 37,000 people in 136 countries out of as much as $65 billion over four decades, CNBC writes. Madoff said the fraud didn’t start until the early 1990s, when the Great Recession made it impossible for the investor to make up the funds he lost, CNBC wrote, referencing past correspondence with Madoff from prison.

Instead of investing his client’s funds, Madoff deposited them into a Chase bank account and then paid off new customers with funds from prior customers, CNBC details. He provided his clients with falsified account statements showing collective returns of up to $50 billion. In reality, no trading had taken place, and investors, including celebrities like Steven Spielberg, Kevin Bacon, Fred Wilpon, Sandy Koufax and Elie Weisel, lost millions, CNBC reports.

Madoff’s scheme was revealed by his sons in 2008, although independent investigator Harry Markopolos and others had started questioning Madoff’s investment returns in 2000, according to CNBC. The Securities and Exchange Commission missed — or ignored — the warning signs until Madoff’s sons stepped up as whistleblowers. The SEC has since changed its policies to prevent a similar crisis in the future.

See: US Regulation of Hedge Funds
Find: Enron and the 24 Other Most Epic Corporate Downfalls of All Time

The Ponzi scheme landed Madoff in federal prison with a 150-year sentence. He was ordered to pay $170 billion in restitution, resulting in his negative net worth after his death.

In 2014, JPMorgan Chase paid $2.6 billion to the U.S. government and to Madoff’s victims following allegations that the financial institution had failed to maintain adequate controls. However, charges were dropped, CNBC writes.

Irving H. Picard, a trustee appointed to recover a portion of the funds, reached settlements with the estates of Madoff’s sons and, as of last year, had recovered more than $14 billion for investors, or approximately 75 cents on the dollar, CNBC reports.

During his life, Madoff owned multiple properties, including a primary residence on Manhattan’s Upper East Side, a Montauk, Long Island, vacation property and a mansion in Palm Beach, Florida, according to Celebrity Net Worth, which revealed these properties were sold at auction in 2009 to pay the victims of his fraudulent scheme.