How Rich Is ‘Dog the Bounty Hunter’ Duane Chapman? 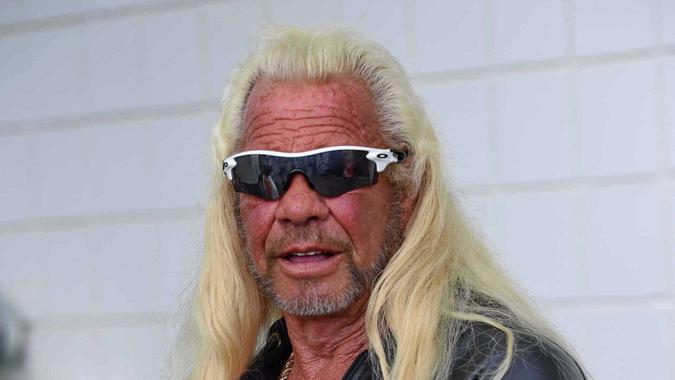 Duane Chapman, a. k. a. Dog the Bounty Hunter, 68, is on the hunt for Brian Laundrie, the fugitive boyfriend of Gabby Petito — a move that would make an interesting episode in a real-crime reality series.

Chapman joined the search in late September when he reportedly received a tip on the whereabouts of Laundrie and his family who allegedly were spotted camping twice in Florida earlier in the month, ABC Eyewitness News reported.

Chapman makes a living as a bounty hunter and a reality TV star and has a net worth of $6 million, according to Celebrity Net Worth.

His work as a bounty hunter takes him across the globe, seeking out fugitives who are on the run to bring them to justice. Bounty hunters, or bail enforcement officers as they are officially called, negotiate a fee with the bail bondsman, which is usually 10-20% of the total bail owed. They only get paid if they are able to find the person who skipped out on the law. The median salary for a bail bondsman, which the U.S. Bureau of Labor Statistics categorizes with private detectives and investigators, is $53,320 per year.

See: The Best Places to Live On a $50,000 Salary in Every State
Find: Richest Reality Stars of the 2000s and Where They Are Now

Chapman told The New York Times in January 2020 that he had captured 10,000 fugitives.

Bounty hunters like Chapman seek out big-ticket fugitives in search of higher paydays. In fact, he earned his bona fides when he found and brought in Andrew Luster, heir to the Max Factor cosmetics fortune, who was on trial and eventually found guilty for 86 charges of drugging and raping women in Mexico in 2003. Luster was convicted and was sentenced to 124 years in prison, according to Honolulu magazine. Unfortunately, Chapman did not receive any of the $1 million bail for this case. On the upside, the notoriety landed him his own reality series in 2004. It aired until 2012.

He continued chasing defendants who had absconded on bail and also appeared in “Dog and Beth: On the Hunt” on CMT from 2013-2015, and later, in “Dog’s Most Wanted” that began on WGN in 2019. Chapman’s next series, “Dog Unleashed,” was slated to appear on the streaming service Unleashed in 2021, but the project was canceled before the program aired.

Chapman has published two books on his life and work.

See: Most Profitable TV Shows of All Time
Find: Former Celebrities Who Have Normal Jobs Now

Duane Lee Chapman was born in Denver, Colorado, on Feb. 2, 1953 to a welder and an Assemblies of God minister, according to the Vancouver Sun. When he was 16, he ran away from home and joined a biker gang. In 1976, he was convicted of first-degree murder and spent 18-months in Texas State Penitentiary. While in prison, a guard encouraged him to become a bounty hunter.

After years of working in the field, specifically after the Luster find, he gained international recognition, and A&E launched “Dog the Bounty Hunter.”

See: Kimye and 30 of the Most Expensive Celebrity Divorces to Rock Hollywood
Find: PR Nightmares That Cost Celebrities Big Bucks

His fifth wife, Beth Barmore, co-owned Da Kine Bail Bonds with him in Hawaii, and she independently owned other bail businesses in Colorado, Honolulu magazine reported. They appeared together on his shows. He was widowed when she passed away in 2019 from throat cancer.

He announced his engagement to Francie Frane in August 2021, and the two were married in September.

He is the father of 12 children and stepchildren from his marriages and other relationships.

Chapman owns a home in Colorado. It has been reported that he purchased a home in Oahu, Hawaii, in a seller-financed deal. The home is said to be worth over $2 million. However, Chapman and Barmore faced legal trouble when they defaulted on their payments, falling $109,000 in arrears. He has also been linked to a home in Honolulu.

Chapman may have the drive to find Laundrie, but even if he doesn’t, you can get your bounty hunter fix by catching reruns of his shows.