How Rich is Harry Styles? 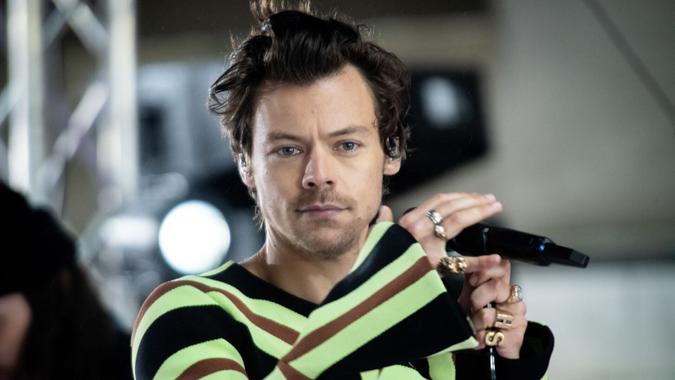 Harry Styles, is a British singer, songwriter, Gucci model and actor who has gone from a boyband member to a solo act just released another solo album to critical praise. His third album, “Harry’s House” came five years after his solo debut already has a hit with “As It Was.”

See: How Rich is Justin Timberlake?
Find: 25 Singers Who Left Their Bands and Still Rake In Cash

His self-titled debut was one of the top 10 best-selling albums in 2017 and included the hit “Sign of the Times.”

Song of the summer, “Watermelon Sugar” from his second album “Fine Line” topped the charts and in 2021, that song earned him a Grammy Award for Best Pop Solo Performance.

Styles keeps active in many artistic realms bringing his net worth to $80 million, according to Celebrity Net Worth.

Harry Style’s Path to One Direction

Harry Edward Styles was the second child and only born to Anne Twist and Desmond “Des” Styles in Redditch, Worcestershire, England on February 1, 1994. He grew up in Cheshire and attended Holmes Chapel Comprehensive School. That was where his music career began. His band, White Eskimo, won a Battle of the Bands contest.

Several years later, in 2010, he was working at a bakery when his mom suggested that he try out for season seven of the British reality series “The X Factor.” As a soloist, he didn’t make the cut. He remained on the show, however, and was partnered with Niall Horan, Liam Payne, Louis Tomlinson, and Zayn Malik in the group category. Styles came up with the name One Direction and they thrived on “The X Factor” together. Their fan base grew and they ended up finishing third that year.

Being part of One Direction brought him fame and fortune. Some of their hits include “Live While We’re Young,” “Little Things,” “Best Song Ever,” “Story of My Life,” “Drag Me Down” and “History.”

1D sold more than 70 million records worldwide during their time together. The boyband was the first group ever to have its first four albums debut at number one on the Billboard 200 charts. In addition to being chart-topping singles, their songs won five Billboard Music Awards, four MTV Video Music Awards, five American Music Awards and six BRIT Awards.

One Direction went on a break in 2016, without having formally announced a forever split.

Styles has had quite a few short relationships over the years, the longest being Kendall Jenner (2013-2014, 2015-2016) and Taylor Swift (2012-2013). He also has a penchant for older women. In 2021 an old interview surfaced quoting Styles as saying, the only time a woman would be too old is if she was older than his mum. The older ladies he’s dated include Caroline Flack and Nicole Scherzinger. Styles is currently dating Olivia Wilde who is 10 years his senior.

Styles has a heart for philanthropy and advocacy with his own personal tagline being “treat people with kindness.”  He works with a variety of charities pertaining to LGBT, cancer and other helpful causes.

For his debut album tour, “Live on Tour,” in 2018, he raised $1.2 million in charity donations, registered hundreds of new voters, saved the equivalent of 10,000 single-use water bottles by fans and 3,200 by the band and crew, and recycled more than 6,500 gallons of water from buses, offices, dressing rooms and other backstage areas.

His “Love on Tour” 2021 adventure raised over $1 million for charities that included Physicians for Reproductive Health, Black Voters Matter and Choose Love. He partnered with REVERB.org to lower the tour’s environmental footprint even more than his first.

For much of his adult life, Styles seemed to be more of a renter, albeit in posh London and New York pads.

He bought his first home in London for $4 million in 2012.  And then he bought homes for himself across the pond.

Styles next purchased a Tribeca, New York penthouse for $8.7 million in 2017.

In 2018, he added to his English portfolio by purchasing another house in London for $10.9 million and then scooped up the neighboring home for an additional $5.5 million.

See: What is Britney Spears’ Net Worth?
Find: How Rich Is Adele?

The fashionista also made history by being the first man to appear alone on the cover of Vogue.

He is tragically clumsy, having dropped his sunglasses in the toilet not once, but twice.

His big expenditure when “Up All Night” hit #1 in the U.S. was a mattress.