How Much is Sen. Mark Kelly Worth? 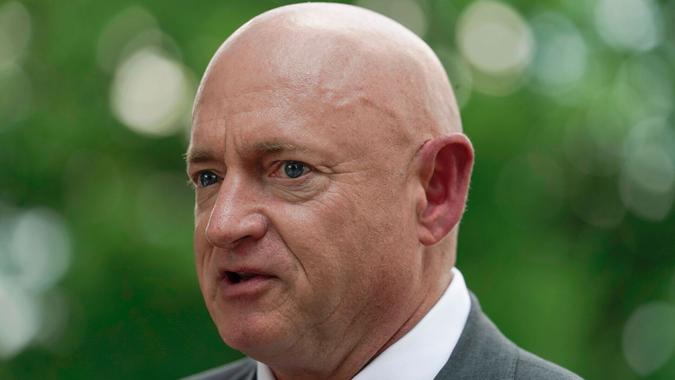 Mark Kelly, 58, is a former astronaut, naval officer and politician who has been the senator from Arizona since 2020. He currently faces a tight race against Republican candidate Blake Masters.

Retirement at Any Age: Get Retirement Tips That Fit Every Stage of Life
Explore: Your Biggest Money Etiquette Questions Answered

Kelly was elected in a special election following the death of Sen. John McCain, where he defeated the incumbent Republican Sen. Martha McSally.  He took the public stage when his wife, former Rep. Gabby Giffords was shot in 2011 at a public event in Arizona. He has been active in gun control activism since then.

In addition to his senatorial salary of $174,000 per year, he has received nearly $2 million from speaking engagements, according to his Candidate Report (Amendment 1) disclosure statement. AZCentral notes his net worth, which is estimated to be between $10 million and $27 million, could make him one of the wealthiest on Capital Hill or show him on the bottom wealth tiers of the group.

His speeches are on various topics such as his time in space, aeronautics, health care, business and climate change.

Before Kelly Became A Senator

He previously was the pilot of the NASA Space Shuttle from 1996 to 2011. Prior to his work with NASA, he was a captain in the Navy who deployed in service during the Gulf War and flew in 39 combat missions for Operation Desert Storm.

Mark Edward Kelly was one of the twin boys born to former police officers Richard and Patricia Kelly in Orange, New Jersey on February 21, 1964.

He got his degree in marine engineering and nautical science from the United States Merchant Marine Academy in 1986. A year later he was commissioned as a naval aviator.

He eventually returned to school where he earned his Master’s Degree in aeronautical engineering from the U.S. Naval Postgraduate School.  His brother, Scott, also served in NASA.

Kelly retired from the Navy and NASA in 2011.

Find Out: How Much is John Fetterman Worth?
Learn: How Rich is Jared Kushner?

He has been married twice. He was married to Amelia Babis from 1989 to 2004. They have two daughters together and had an acrimonious divorce. Kelly married Giffords in 2007. The pair currently live in Tucson.