Prince Charles Is Worth Millions, But He Pays It Forward 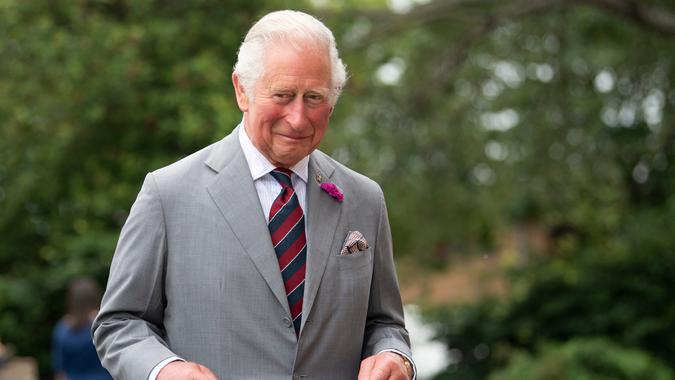 As we move closer and close to 2022, we’re also moving to closer to the Platinum Jubilee to mark 70 years on the throne Queen Elizabeth II. She was just 25 when she became queen following the death of her father, King George VI, in 1952.

As the heir to the throne and the eldest of Elizabeth’s four children, Prince Charles undoubtedly will play a prominent role in the celebration. It’s time for a refresher about the 72-year-old Charles — including his finances and those of his family.

Check Out: Here’s How the British Royal Family Spends Their Money
Learn More: How Rich Are Harry And Meghan?

Prince Charles Philip Arthur George was born at Buckingham Palace on Nov. 14, 1948, and is the son of Queen Elizabeth II and Prince Philip. Charles became heir to the throne at the age of 3, when his grandfather King George VI died and his mother ascended to the throne. He’s worth $100 million, according to Celebrity Net Worth.

Charles was invested Prince of Wales by the Queen in 1969; two years later he joined the Royal Air Force to train as a jet pilot. He then began a Naval career, following in the footsteps of his father, grandfather and both great-grandfathers. During his time in the Navy, he worked as a helicopter pilot.

Check Out: The Most Surprising Jobs Held by Royals

The majority of Prince Charles’ living and work expenses are funded by the Duchy of Cornwall, which is one of the largest and oldest estates in Britain. It includes agricultural land as well as residential and commercial properties. The Duchy also has a financial investment portfolio.

Although Charles doesn’t own the Duchy, he receives the annual income generated from it. In addition to funds from the Duchy of Cornwall, Charles also gets funding for official activities from the publicly funded Sovereign Grant.

Read: How Rich Are Queen Elizabeth and the Rest of the British Royal Family?

In 1981, Prince Charles married Lady Diana Spencer. Together they had two sons: Prince William and Prince Harry. Charles and Diana separated in 1992, and officially divorced in 1996. Princess Diana was killed in a car crash almost exactly a year later.

In 2005, Charles remarried, tying the knot with Camilla Parker Bowles in a civil ceremony in Windsor.

He has five grandchildren: Prince George, Princess Charlotte and Prince Louis, whose parents are Prince William and Kate Middleton, and Archie and Lilibet, the children of Prince Harry and Markle. George is third in line to the throne, following his grandfather and father.

See: The Richest Royals in the World

Prince Charles is just as generous as he is wealthy. He’s the patron or president of more than 400 charitable organizations focusing on a range of areas, including environmental and global sustainability, youth opportunity, education and anti-trafficking. Each year, his charities raise more than £100 million, or $138.32 million.