How Much is Prince William Worth? 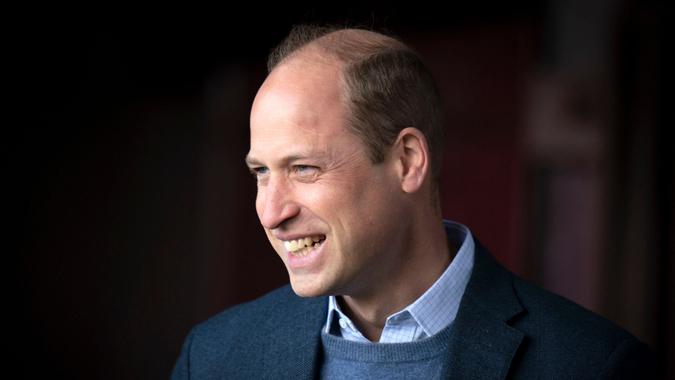 Prince William, Prince of Wales, 40, has moved up in the line of succession becoming next in line to the throne following his father, the now King Charles III after the death of his grandmother, Queen Elizabeth II. With the new titles and responsibilities comes a great deal of money.

Explore: Your Biggest Money Etiquette Questions Answered
Discover: How Much Cash To Have Stashed at Home at All Times

While many changes will come about in the following days, months and years regarding his duties and titles, his overall net worth is now considered to be $100 million, according to Celebrity Net Worth.

A large portion of Prince William’s net worth comes from a roughly $12.3 million inheritance from his mother, the late Princess Diana’s estate on his 30th birthday in 2012, which was shared with his brother, Prince Harry. Upon his grandmother’s passing, he received the Duchy of Cornwall, which is a real estate portfolio that provides a $20-30 million income for the next in line for the throne.

William Arthur Philip Louis is the first son born to King Charles III and the late Princess Diana in London. He studied at Eton College before attending the University of St. Andrews where he earned his degree in geography.

Prince William has been a working member of the Royal Family since he turned 21. He devotes much of his time to charitable endeavors. Some of his principal causes are reducing the illegal wildlife trade globally, emphasizing the importance of mental health, supporting first responders and highlighting many environmental projects.

Like many royals, Prince William served in the military. After graduating university, he did training that included working on a country estate to learn more about land management, working at different financial institutions in the City of London, and joined an RAF Mountain Rescue Team in Wales. At the same time, he began training as an army officer at the Royal Military Academy Sandhurst. In December 2006 he joined the Household Cavalry (Blues and Royals) as a Second Lieutenant.

In 2008, after completing his time in the Household Cavalry, undertook attachments from Royal Air Force. In September 2010, after training as a search and rescue pilot and passing his exams for the Royal Air Force, he joined C Flight, 22 Squadron, at RAF Valley in Anglesey. During his time as a flight lieutenant he conducted 156 operations.

He stepped down from the Air Force three years later and trained as an air ambulance pilot, a post he held for two years.

Prince William met Catherine Middleton in 2001 when they were students at St. Andrews University. They became friends, shared a flat with friends for wa while and began dating officially in 2002. In 2003, the pair left their friends and moved in together. Their relationship became public in 2004.

After graduating in 2006, the couple split to take some time to find themselves. While the breakup didn’t last long — they began dating again in secret in 2007 — the pair acknowledge the time apart was beneficial in many ways. They were engaged in 2011 and married April 29 of the following year.

See: How Much is Prince Harry Worth?
Discover: How Rich Are King Charles III and the Rest of the British Royal Family?

The royal pair are the parents of three children: Prince George, Princess Charlotte, and Prince Louis.