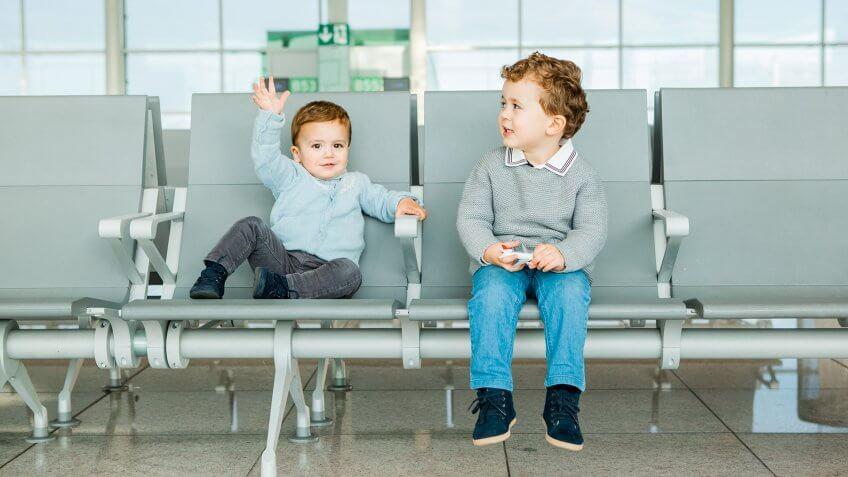 Planning a budget vacation can become much more expensive once airfare gets added in, especially if you book your preferred travel dates without comparing rates. Although shopping for the best flights and discounts can be time consuming, your efforts will pay off when you score a nearly-free flight. 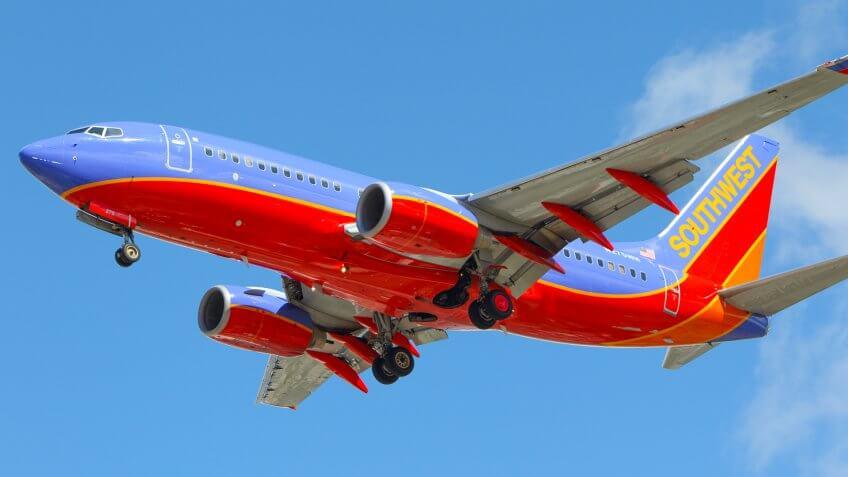 Southwest Airlines' Low Fare Calendar is an ideal place to begin reducing your airfare. The online tool lets you see fares over a 7-month period so you can select the days with the cheapest tickets.

Enter your destination and planned month of travel and you'll see fares for each day of the month, allowing you to tweak your plans to get the lowest rates. For example, you could pay $258 to fly Southwest from Phoenix to Seattle on Saturday, June 3, but only $141 the following Monday, June 5.

Check the rates on discount airfare sites that compare airline prices to decide if shifting your schedule by a day or two will save you money. You can cross-compare with Google Flights as well to feel confident you've found the lowest rate. 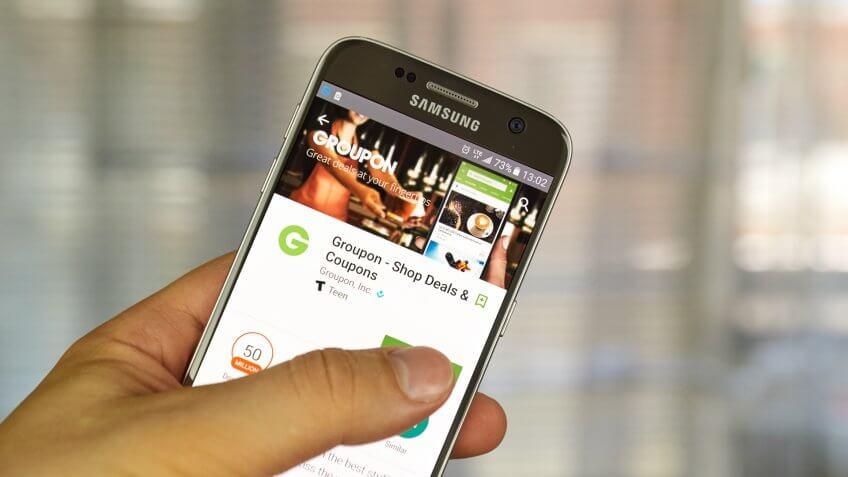 Sign up for emails and "like" the Facebook pages of airlines that fly to your destination. Doing so gives you the chance to receive coupons you'll use when you book directly through each airline's website rather than through a third party site.

George Hobica, founder and editor-in-chief of travel site
Airfarewatchdog, recommends doing a web search for "airline + promo code" to quickly locate coupons. You can also find them on sites like RetailMeNot, Coupons.com and Groupon. Follow @airfarewatchdog on Twitter to stay updated on deals or search #airfare on social media. 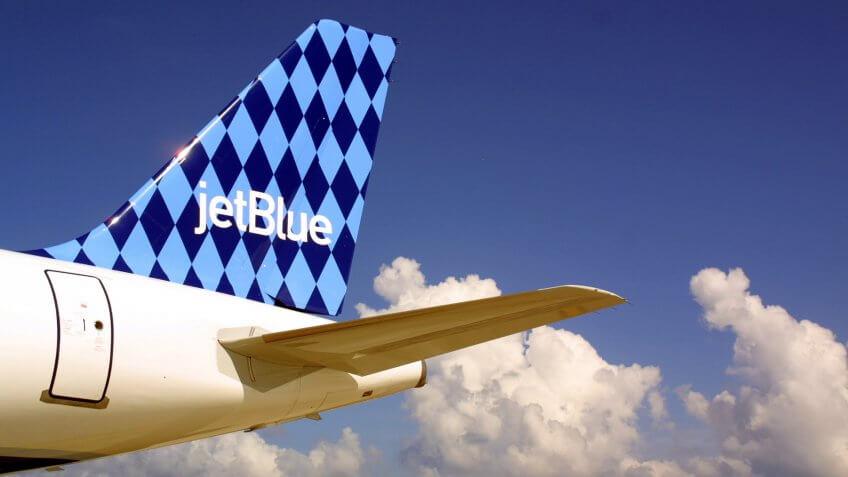 Scoring a free or cheap flight is often the result of continued effort. But with a reward-focused travel credit card, you can rack up points by using it to pay for your every day purchases. Nearly every airline has a co-branded credit card to earn miles in the sky, whether you spend money on flights or groceries.

You'll need a credit score of 690 or above to qualify for most airline cards, and they usually come with an annual fee. Some cards offer more points per dollar spent than others, so read all the fine print before you apply. Keep in mind that multiple credit inquiries can make you look like a high risk and might reduce your credit score. 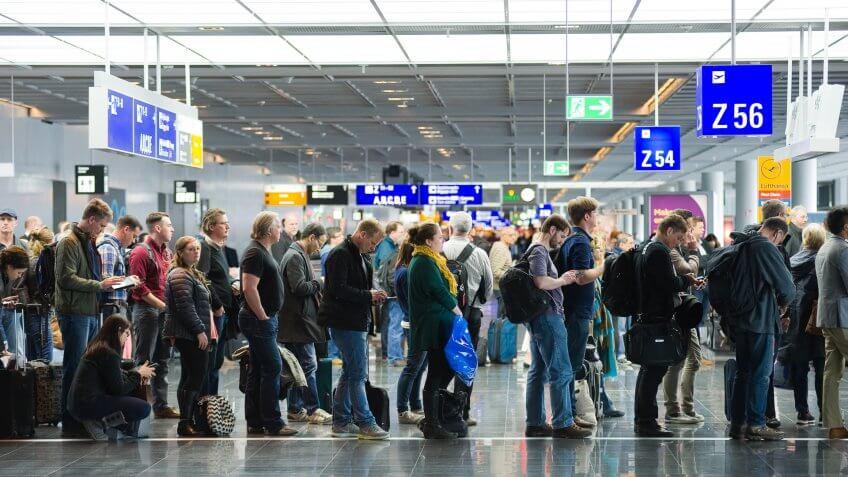 It's not unusual for airlines to overbook their flights to account for a certain percentage of possible no-shows. If it appears the flight will be overbooked, airline employees will ask for volunteers to give up their seats in exchange for compensation.

You can increase the odds of getting a free flight by volunteering to be bumped. Roughly 95 out of every 100,000 passengers flying United Airlines and Delta get bumped. The two airlines do things very differently when it comes to offering compensation to passengers, though.

With Delta, passengers were asked at check-in how much they would be willing to accept if they were bumped from the flight. Airline personnel then took the lowest of these secret bids when they find a flight is overbooked. However, the number of recent scandals in the airline industry has changed Delta's strategy when it comes to overbooking. In an effort to avoid controversy, the airline recently increased its acceptable compensation level to a staggering $9,950 for those who agree to give up their seats, according to USA Today.

United has also followed suit, offering fliers $10,000 who volunteer to give up their seat. In this situation, it pays to sit as close to the agent desk as possible so you can be the first to jump at the offer. Request a flight upgrade to match whatever final offer later volunteers end up with, recommended Scott Keyes, founder of Scott's Cheap Flights. 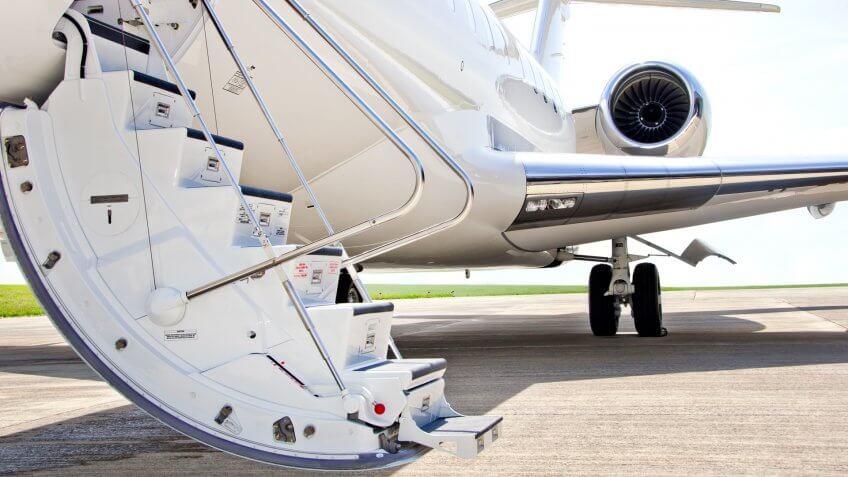 If cramming your long legs into economy to get a nearly-free flight makes you shudder, take a private jet. Yes, there actually is a way to fly privately for almost nothing.

JetSuiteX offers seats on public charter jets to destinations in the western U.S. that include Burbank, San Jose and Concord, Calif., as well as Las Vegas, and Bozeman, Mont. Recent flash sales advertised seats for as little as $59 one way. And JetSuiteX offers $20 off your first flight when you sign up online, so that means you can fly on a semi-private jet for as little as $39. You can even enter your JetBlue TrueBlue member number to earn points for future flights while you're at it.

When you're flying with JetSuiteX, there's no TSA security line to navigate, so go ahead and pack that super-size bottle of shampoo. Settle back and enjoy the first class ride: Craft beer, wine, liquor, in-air WiFi and gourmet snacks are all included, no flight upgrade needed. You'll definitely want to tell your friends about your experience. JetSuiteX will give both you and them $20 in credit when they fly for the first time.

Don't Miss: Your Cost to Upgrade on 10 Popular Airlines 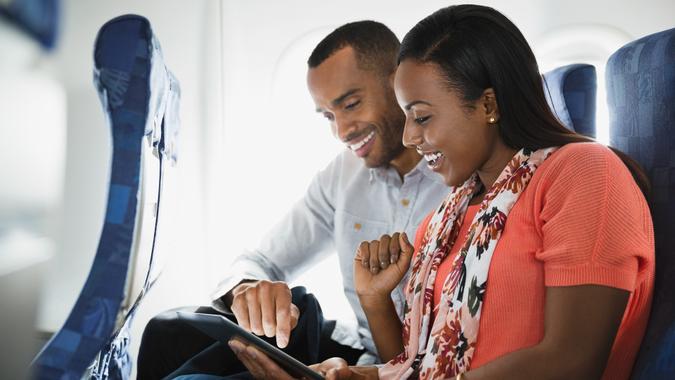 Your Cost to Upgrade on These 10 Popular Airlines

Soar the friendly skies in style with these airline upgrades.