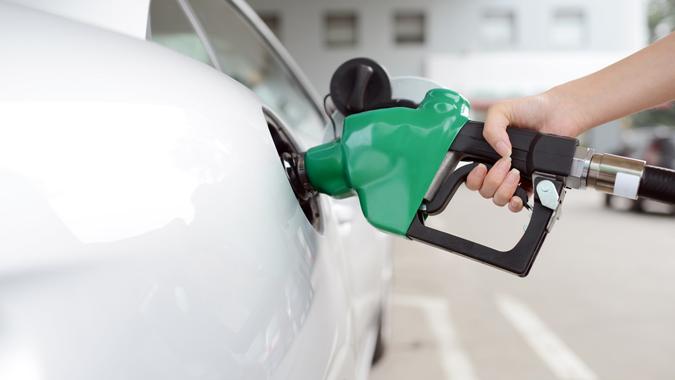 Did you know that 18.3 cents per every gallon of gas purchased goes to federal taxes? And with the national average gas price at $4.25 per gallon, according to the U.S. Energy Information Administration, taxes add up. On top of that, consumers also pay state gas tax that ranges from 8 cents in Alaska to a whopping 58 cents in Pennsylvania. If you’re filling a 12-gallon gas tank, that’s more than $6 in state taxes you’ll pay to fill up in Pennsylvania, with an extra $2.20 in federal taxes.

See: How Much Does the President Control Gas Prices?
Find: Newsom Proposes California Gas Rebate to Combat Rising Prices at the Pump

“Money saved at the pump,” the letter stated, “translates into dollars back in consumers’ pockets for groceries, childcare, rent and more.”

More than just seeking to save struggling Americans money, the letter offered a solution to the loss of revenue currently provided by the gas tax. “The bill would authorize the U.S. Department of Treasury to transfer general fund dollars to replace the temporarily lost revenue of a halted federal gasoline excise tax. Furthermore, the Infrastructure Investment and Jobs Act (IIJA) dedicated an additional $118 billion to the Highway Trust Fund, and the Trust Fund’s capacity to finance the construction and maintenance of roads, bridges, and highways across the country would not be diminished by the legislation.”