How Streaming Services Are Benefiting During Oscar Season 2021 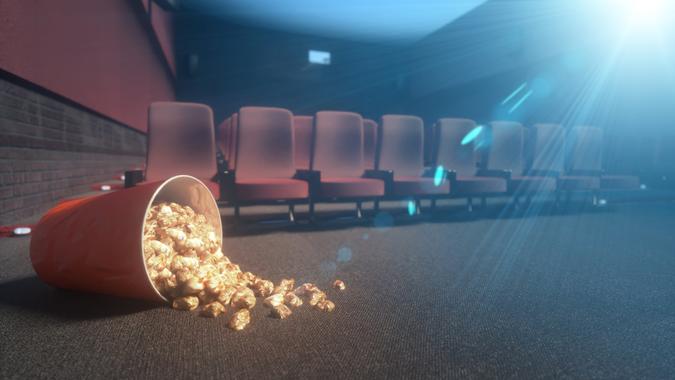 In 2020, shuttered movie theaters caused studios to hemorrhage cash, with research estimating that the film industry lost $32 billion in 2020 alone. But where big studios and theater chains suffered, streaming services experienced astronomical gains. In 2020, the streaming industry saw a 37% growth. This major lift was buoyed not only by the unveiling of the hyped-up Disney+ but by the influx of would-be blockbuster films that never got the chance to enjoy the traditional release. Now, the Oscar nominations are in, and flicks that few, if any, ever saw in the theaters are in the running for Hollywood’s biggest prize.

Read: Most Expensive Movies Debuting on Streaming in 2021

“‘The Trial of the Chicago 7′ and ‘Borat Subsequent Moviefilm’ are two great examples of films that were expected to be released theatrically in 2020 (through Paramount and Universal, respectively) but because of COVID-19’s shutdown of the box office [were not],” said Christian Simonds, a partner in Reed Smith’s Entertainment & Media Industry Group. “Netflix and Amazon saw opportunities to step in and bolster their 2020 lineups with projects that ended up being significant players during the current awards season (collecting, between the two of them, 16 Academy Award and Golden Globe nominations). With everyone consuming content from their couch in 2020, the streaming services had a captive audience to themselves, and they took advantage of it.”

HBO Max also took advantage of the momentum around “Wonder Woman 1984.” Though snubbed by the Oscars, this movie was hotly anticipated in the sprawling superhero cabal, and HBO Max was savvy to score this dynamite IP.

See: Disney Remakes That Made and Lost the Most Money

Also factoring prominently in the movie streaming spotlight were Hulu and Disney+. Fox Searchlight’s “Nomadland,” for instance, scored six Oscar nominations, including best picture, and premiered exclusively in theaters and on Hulu — the latter being the obvious choice in COVID-19 times. Disney was perhaps the most well-positioned among all the streaming services because all its new movies — which collectively nabbed 15 Oscar nominations — premiered on its own service, Disney+. Netflix swept up an astonishing 35 Oscar nominations for its original 2020 films, while Amazon landed 12.

Will Movie Theaters Bounce Back?

While the country begins to reopen as more people get vaccinated, movie theaters are positioned for a welcome comeback. But will they — and the mega studio bucks they rake in — be able to retrieve their pre-COVID-19 glory now that streaming has gained the upper hand? Predictions are mixed.

“Popular theater chains may be feeling the squeeze from a year of uncertainty and the evolving relationship between movies and streaming platform distribution,” said Phillip Neighbour, COO, Playbox Technology. “Cinema certainly isn’t dead; the experience of viewing the latest addition to a saga on the big screen is something that will keep viewers coming back time and time again. Theater-going is very much an experience-focused occasion, and we’re likely to see theaters exploring more ways of maximizing that experiential aspect.”

Jose Morey, CEO of Ad Astra Media, suggests that theaters will have to lean into innovation in order to stay relevant.

“Like Blockbuster, [movie theaters] will be at risk and will be required to change to remain competitive and viable,” Morey said. “There will always be unique films that are targeted for the big screen such as IMAX and traditional movie screens. ‘Dune’ and ‘Matrix 4′ are on the horizon as examples of this. There will be a boom right after COVID[-19] subsides because there will be pent-up demand for communal entertainment, but in the medium to long term, the risk to the theatre industry only increases.”

Simonds is more optimistic — to an extent.

“There is no question that the box office will rebound after it’s safe to return to theaters, but the question, obviously, is to what degree,” Simonds said. “I think the arthouse independent production dream of becoming the next ‘Little Miss Sunshine’ or ‘Juno’ will become more difficult in a post-pandemic box office, but what 2020 proved (see ‘Malcolm & Marie’ and ‘Mank’) is that there is a real home for smaller budgeted films on streaming services, as these platforms strive to meet their subscriber demands (and internal mandates, e.g., Netflix’s ‘New Movies. Every Week’ tagline).”

In an earlier version of this story, the wrong streaming platform was given for the “Wonder Woman 1984” release — it was noted as Amazon Prime but should have been HBO Max. The story has been corrected above.