Is the Chanel Price Increase Worth It? 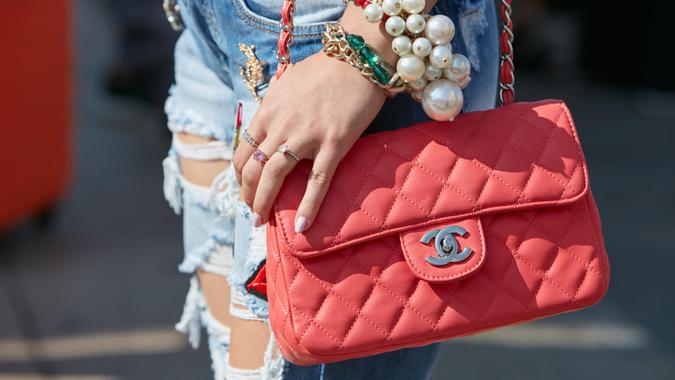 Following a tumultuous year that saw a revenue drop of 18%  and multiple store closures, Chanel is upping the price on some of its handbags by as much as 15%. Considering that these bags already cost thousands of dollars, the increase can be seen as brazen — obscene, even. In a time when millions are still hurting amid an ongoing pandemic, is substantially raising the price of a product a smart move? Will consumers bite?

Read: Fact Check: Is a Fourth Stimulus Check Going to Happen?
Check Out: Stimulus Update: States Give Out Thousands of Bonus $1,000 Checks – Will You Get One?

First, it must be recognized that Chanel isn’t the only luxury designer to increase the cost of some of its star products this year. Louis Vuitton raised the price of its bestselling Pochette Accessoires Monogram Canvas by 25% — from $630 to $790. Prada, Gucci, Burberry and Dior also raised prices on select items.

During periods of inflation like the one we’re in now, it’s normal for businesses to raise costs. It’s also normal to see prices rise during a shipping crisis and supply shortage, which we’re also experiencing. One can argue that these elite brands are simply riding out the times and doing what they have to do to survive — at the risk of losing some customers. But that’s not really what’s going on here.

Chanel Knows Its Core Customer Base Will Pay Any Price

Chanel isn’t raising prices to stay alive; it’s raising prices because it knows that its customer base will go wild for a product that just got a little more exclusive.

“Rolex increased prices by 7-10% at the beginning of 2020, and is restricting supply,” said Tom Morton, global chief strategy officer at R/GA. “The result is crazy demand and increased value.”

And Chanel is being strategic in which products are becoming more expensive, choosing only the most popular items for which there may already be a waiting list.

“If there’s a waiting list for your brand, price doesn’t matter,” Morton said.

Read: 16 Splurges That Save You Money in the Long Run

Chanel handbags are already unattainable for the vast majority of consumers. So how could a price hike help attract more buyers when they couldn’t afford the bag at its previous price? Such is the power of a Veblen good.

A Veblen good is a product for which consumer demand increases along with the price, because of its aspirational allure and value as a status symbol. For a Veblen good there is no true substitute, which is why the concept of “knockoffs” exists. Nobody hears about a Target knockoff or Macy’s knockoff. That’s because those brands are attainable by the masses and thus perfectly ordinary.

“Chanel’s secondary target market are people who buy Chanel but can’t really afford it,” said Tatiana Dumitru, founder of PreTee Creative and Name Poise. “They buy it based on the feeling a luxury product brings them and not for a rational reason. For these customers, buying a Chanel piece increases their self-esteem, makes them feel accepted, or acts as a self-reward.”

Read More: Prices Surge 5% as Inflation Rises with No End in Sight

Does Chanel Care About Losing Some of These Customers?

There will be customers for whom that extra 15% does make a difference. Perhaps they’ve been saving for years and have now been significantly set back.

“It can seem cold to think of losing customers as a positive move for a business,” said Susie Ippolito, brand strategist at SI Brands. “But in doing so, brands like Chanel are able to focus on their truest, most loyal customers giving them the best possible brand experience. This alone will keep their status and reputation intact.”

Is It Really Worth It? 50 Ways You’re Throwing Money Away

What about the people who might be insulted by rising the price during a pandemic?

“Chanel does not think of who they will turn off with their price increases,” Ippolito said. “They think of how they can use the opportunity to create value for themselves first and their customer second. This may seem a bit detached from the customer — and it is. But that is how a privately held company like Chanel remains profitable.”