How the Cruise Industry Can Win Back Travelers 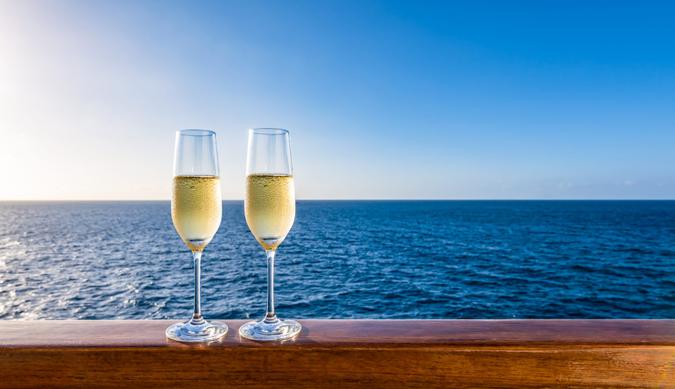 Many cruise lines are resuming operations in the U.S. this summer, all with strict COVID-19 safety protocol in place — much of which has cost the upended industry a fortune to implement. But will consumers bite? At this point there’s still great doubt among them. A new survey by LendingTree found that nearly half (47%) of summer travelers say that cruises are still a “no-go” for them.

Learn More: 30 Cruise Secrets Only Insiders Know
Weigh In: Should the COVID-19 Vaccine Be Required? Take Our Poll

First, it must be noted that consumers aren’t wrong to be wary. Cruise lines’ handling of the pandemic when it first broke out was an absolute mess. Ships were essentially stranded for months in quarantine after being labeled ground zero for the international spread of the coronavirus. As of September 2020, 300,000 crewmembers were still stuck in limbo, unable to set foot on land, let alone go home. Many were forced to ride out the storm in place without pay. According to the Miami Herald, as of November 2020 at least 1,779 crew members caught COVID-19 onboard as of and at least 29 died from it.

To put it lightly, COVID was a historic PR crisis for cruise lines, and one that overall, they didn’t do a good job of managing, largely due to their lack of transparency.

“Large cruise companies, unfortunately, often become extremely defensive when a health crisis breaks onboard their vessels,” said Mario Almonte, president of Herman & Almonte PR, a PR firm that works with cruise lines. “They’re not upfront with their passengers, sometimes mislead them, and sometimes even mistreat them in their desperate attempts to ‘contain’ the negative fall-out of, say, an outbreak of Norovirus. In the modern age when most passengers have cell phones, the news will get out to the media and disgruntled passengers will talk. Trying to mislead or deny there’s a problem only makes matters worse.”

Related: Why It’s Smart To Book Your Late 2021 Travel Now
Where We Were Last Year: Survey: 65% of Americans Would Turn Down an All-Expenses-Paid Cruise Right Now

The first priority for cruise ships must be to assure travelers that they won’t be deceived or held in the dark in the event of an outbreak of any virus — not just COVID. From there, cruise lines need to heavily communicate that they’ve gone above and beyond to double down on safety protocol, starting with cleanliness.

“To entice [travelers] back to the ships, cruise companies need to create a sanitary and healthy environment onboard, and they need to prove that they are willing to spend a little extra to ensure the health of their passengers,” said Almonte.

From there, cruise lines must require proof of vaccination and rigorous testing by all setting sail.

“At the start of [their] return you are seeing lines come back with vaccinated cruises,” said Tanner Callais, founder and editor of Cruzely.com. “The CDC not only allows these cruises to return faster with fewer restrictions, but they are a major point of differentiation with other travel. You don’t have to be vaccinated to go to a hotel or a casino, or head to a baseball game. But if you want to get on a ship, many cruise lines are requiring the shot. This requirement also extends to crew. For lines that don’t require a shot or for underage passengers, testing is still required to board the ship.”

Sail Smarter: Say Bon Voyage to These 14 Money-Wasters on Your Next Cruise
Travel Tips: 21 Mistakes That Can Blow Your Budget While Traveling

But even then travelers may be hesitant to set sail, and so cruise lines need to work extra hard to turn consumer perception around, which is “not only in the interest of passenger health that everyone be kept safe, but in their financial interest as well,” said Callais. “That’s why companies like Royal Caribbean Group have said they want you to be safer on their ships than walking down Main Street.”

Fortunately, the CDC isn’t loosening its grip on cruise lines, enforcing stringent policy that in the past was unheard of on cruise lines, and keeping a close eye to ensure cruises don’t veer off the course of safety.

“The CDC must approve ships to return and will still keep tabs on their progress and ensure that protocols are being followed,” said Callais. “As we’ve seen since the suspension, the CDC is not taking its regulation of cruise lines lightly.”

With such intense scrutiny by the CDC, along with the strictest of protocols in place, consumers may want to consider that traveling on a cruise is possibly the safest way to travel right now, as the pandemic continues, albeit greatly lessened in the U.S. thanks to the highly successful rollout of vaccines. But this doesn’t mean cruise lines should stop going the extra mile. Another incentive they should consider rolling out is medical insurance for passengers — at no extra charge.

Explore: What Are Cruises Going To Look Like in the Future?
Save Big: 13 Insider Secrets From Travel Agents That Will Save You Money

“Perhaps the cruise line could offer blanket medical insurance,” said Ben Carothers, flight coordinator at Global Air Ambulance. “This way travellers wouldn’t have to worry about the added cost of insurance or the financial and medical risk of traveling without it.”