Biden’s American Rescue Plan Will Lower Taxes by an Average of $3,000 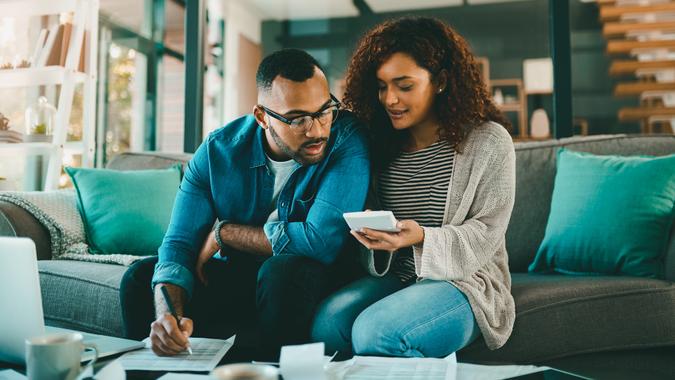 The $1.9 trillion American Rescue Plan, which was signed into law last week, includes provisions that will lower Americans’ taxes by an average of $3,000, according to research by the Tax Policy Center.

See: If You Get a Stimulus Check, How Will You Use It? Take Our Poll
Find: Don’t Miss These 4 Tax Breaks in the $1.9 Trillion Stimulus Plan

The new analysis also estimates that families with children would get an average tax cut of more than $6,000 under the bill.

“Simply in terms of whose taxes are cut, the bill is in stark contrast to the 2017 Tax Cuts and Jobs Act,” Howard Gleckman, senior fellow at TPC said in an article on the TPC’s website. “In 2021, low- and moderate-income households (those making $91,000 or less) would receive nearly 70% of the tax benefits from the Senate measure. Among families with children, those low- and middle-income households would get nearly three-quarters of the benefit.”

See: How to Claim Your $10,200 Unemployment Tax Break If You Already Filed Taxes
Find: One Month to Go – Your Taxes Checklist as the Deadline Approaches

Gleckman adds that “by contrast, nearly half of the TCJA’s 2018 tax cuts went to households in the top 5% of the income distribution (who made about $308,000 that year).”

See: Biden’s $1,400 Stimulus Checks Won’t Work – How Economists Think We Should Use the Money Instead
Find: Trillions of Dollars Have Been Spent on COVID-19 Relief – And It’s Still Not Enough

“The difference for middle-income households also is striking. The TCJA cut their 2018 taxes by an average of about $930, or 1.6% of their after-tax income. The Senate version of the ARP would cut their taxes this year by an average of $3,350 or 5.5% of their after-tax income,” Gleckman said. “As they say, elections have consequences. And few bills show that contrast as much as the Republicans’ TCJA and the Democrats’ ARP. “