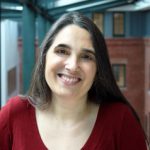 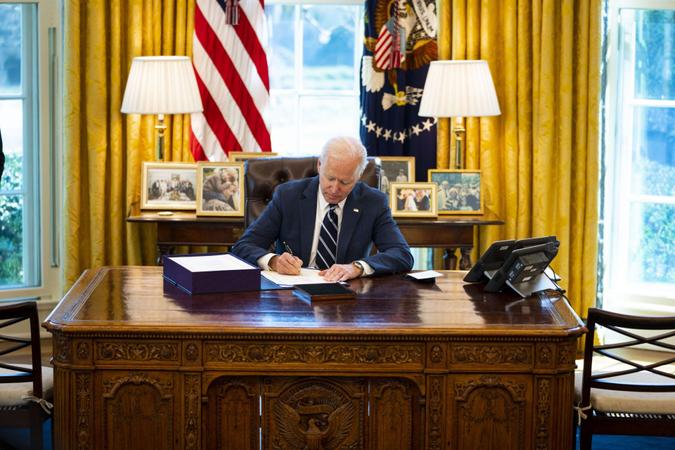 The federal government’s US$1.9 trillion relief package signed by Biden on March 11 will temporarily expand the child tax credit.

This credit, currently pegged at up to $2,000 a year per child until they turn 17, will instead total $3,600 for children under 6 and $3,000 for kids up to the age of 18 over the next 12 months. Starting in July, the Internal Revenue Service will distribute half this money to most families with children in monthly payments of either $250 or $300 per child. The IRS will deliver the balance at tax time in 2022.

See: If You Get a Stimulus Check, How Will You Use It? Take Our Poll
Find: Stimulus Package Shrunk by $66 Billion Thanks to Senate

1. Why are families with children getting these benefits?

This program builds on the existing child tax credit, which reduces the tax burden for families with children as a way of offsetting part of the cost of raising kids. Of all age groups in the U.S., children are the most likely to live in poverty.

Families taking care of children must spend a great deal of money on food, housing, clothing, child care, school supplies and health care. This spending has greatly increased during the COVID-19 pandemic for many families, amid an unemployment spike.

See: President Biden Won’t Sign Stimulus Checks — And That’s Okay
Find: Are You Eligible for a Third Stimulus Check – and If So, When Will You Get Yours?

These benefits are also useful for households with breadwinners who kept their jobs. Food costs have surged, and new needs have arisen for many families as they’ve scrambled to pay for sharply higher child care tuition, hire private tutors and try to address their kids’ many other new needs created by social distancing.

2. Do other countries provide these payments?

Just as it’s very common around the world to provide benefits for the elderly, the disabled and the unemployed, providing benefits for families with children is the norm. Most wealthy countries, and many countries that aren’t as well-off as the United States, have provided monthly benefits for children for decades.

Whether they’re in Canada, Germany or the United States, research shows that these payments are an investment in a nation’s future. They help families afford what their children need today to become healthy, educated and productive members of society tomorrow. Other research suggests that child poverty currently costs the U.S. government more than $1 trillion a year.

3. Could this arrangement continue past the 2021 tax year?

See: 8 Million Are Eligible for Stimulus but Haven’t Received It
Find: Trillions of Dollars Have Been Spent on COVID-19 Relief – And It’s Still Not Enough

Sen. Mitt Romney, a Utah Republican, is proposing a different kind of monthly child allowance. It would replace the tax credit and a few other programs – leading to concerns that some Americans might benefit less if his proposal were to be adopted. Interestingly, Romney has called for the government to make these payments through the Social Security system instead of the IRS.

4. What impact will it have on childhood poverty?

Several experts have suggested that this package could halve child poverty, as has been widely reported.

Child poverty is extremely high in the U.S., relative to other rich countries, primarily because for decades it has spent less on supporting families with children. Nearly 1 in 5 American children live in poverty, far above the 12% average for the 37 wealthy and middle-income countries that belong to the Organization for Economic Development and Cooperation.

President Joe Biden’s proposed legislation included several sources of support for families with children. One study predicted that the entire package – including far more than the expanded child tax credit – would reduce U.S. child poverty by 57%.

Many of these provisions are in the legislation that Congress passed, with some notable exceptions. For example, the relief package doesn’t include an increase in the federal minimum wage.

See: Treasury Secretary Yellen Confident $1.9 Trillion Bill Will Help Bring Country ‘Back to Full Employment’ Next Year
Find: What California Has Taught Us About the Tension Between COVID Safety and the Economy

Although a study from 2019 also suggested that expanding the child tax credit could halve child poverty, I don’t think that this expanded – but temporary – child tax credit will make that happen. I do think it will benefit low-income families a great deal and will lower child poverty rates significantly. But because of the many ways that the COVID-19 pandemic has upended life for people facing economic hardship, the earlier findings may be overly optimistic for the current moment.

It’s also important to remember that the cost of raising children varies enormously from place to place. Clearly this boost to the child tax benefit will mean different things for families in different parts of the country.

[Research into coronavirus and other news from science Subscribe to The Conversation’s weekly science newsletter.]

Professor of Sociology & Public Policy, University of Massachusetts Amherst
Joya Misra's research and teaching primarily focus on social inequality, including inequalities by gender and gender identity, race, ethnicity, sexuality, nationality, citizenship, parenthood status, and educational level. She tries to understand the role that policies play in both mediating and entrenching inequality, and her aim is to create more equitable societies. In all of her work, she considers how policies may work to both reinforce and lessen inequalities. Her work falls into the subfields of political sociology, economic sociology, public policy, work & labor, family, race/gender/class, comparative historical sociology, and welfare states. Her work has appeared in the American Sociological Review, American Journal of Sociology, Gender & Society, Social Forces, Social Problems, and numerous other professional journals and edited volumes. She edited the journal Gender & Society, a top-ranked journal in both Gender Studies and Sociology, from 2011-2015.