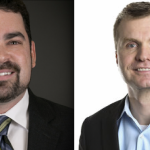 Congress is on the verge of spending US$1.9 trillion to provide additional coronavirus relief to Americans, including $1,400 direct payments and extended unemployment benefits. Opinion polls show the bill has strong support, even among Republican voters.

See: If You Get a Stimulus Check, How Will You Use It? Take Our Poll
Find: How the Beginning of the Biden Presidency Has Unexpectedly Impacted Your Finances

But what if you were told that this spending level represents about $15,000 for every household in the U.S.? Would that make you less likely to support it even if you like its provisions?

We are accounting professors who research how the presentation of financial information affects individual judgments. Our recent work suggests it would lessen most people’s support for the spending bill.

In the Spring 2020 issue of Behavioral Research in Accounting, we published a study investigating whether individuals comprehend the large numbers involved in government spending.

The federal government routinely spends amounts in the millions, billions and, more recently, trillions, yet these numbers are far beyond what individuals encounter on a daily basis, making it hard for most people – and probably lawmakers – to wrap their heads around them.

See: Stimulus on Track for Weekend Vote, Republicans Vow to Slow Down Process
Find: Are You Sure You’re Getting a Stimulus Check? 16 Million Americans Won’t Get a Third One

We hypothesized that presenting the cost of government spending in per-household terms would make these amounts easier for individuals to understand and evaluate.

In our study, we conducted an experiment in which people evaluated a hypothetical federal spending proposal that included provisions like job training, unemployment benefits and infrastructure spending. Half the participants were presented with a plan that would cost $718 million, while the other half saw the same proposal at a cost of $718 billion. Participants were randomly told either the full cost of the proposal or the tally in per-household terms. That is, $5,744 for the $718 billion version and $5.74 for the $718 million one.

Thus, we concluded that the per-household presentation made individuals cost sensitive to government spending.

Interestingly, although liberals were on average more likely to support the spending proposal than conservatives, both groups became more cost sensitive when government spending was presented in per-household terms.

This is not to suggest the U.S. should or shouldn’t spend $1.9 trillion on coronavirus relief.

Our point is that it’s important to make these large numbers relatable to voters, allowing them to put the overall cost into context and then make up their own minds on whether the spending is worth it. And it may mean, were voters told the per-household cost of the $1.9 billion bill, they’d offer less support.

See: Calculating Your Stimulus Check: How Much (if Any) Will You Get?
Find: $1,400 Stimulus Checks Are Still Coming – But Who’s Eligible to Get One?

One caveat to this is that putting government spending in per-household terms may lead voters to incorrectly think they are personally responsible for that amount. Most – though not all – government funding comes from individual taxpayers, and not all households pay an equal share.

However, we also found that participants didn’t have increased cost sensitivity because they felt personally liable, but because they simply understood the magnitude of the spending better.

[Insight, in your inbox each day. You can get it with The Conversation’s email newsletter.]