Are CDs Worth the Investment? 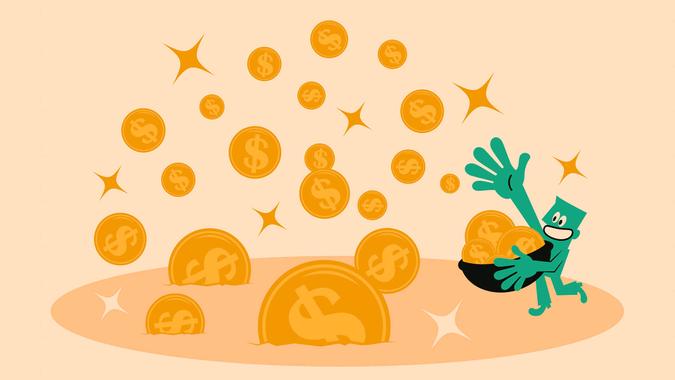 With the right systems, you can save and invest for your future. Doing so can help you develop a solid footing for your personal finances. One option to increase your hard-earned cash is to put your money in a CD.

Several schools of thought exist in answer to the question, “Are CDs are worth it?” Ultimately, the answer boils down to both the current economic climate and the financial position of the individual. Learn more information about CDs and what they look like as an investment option today.

Here’s a quick look at what you’ll find in this guide to whether CDs are still worth investing in.

A CD is a type of bank account that allows you to save your money for a set amount of time called a term. CDs usually have a fixed savings interest rate. A fixed interest rate won’t change over time. As a low-risk investment, CDs won’t offer any surprises: You will know the amount of money you will have earned once the term has completed.

Are CDs Worth It?

Examining the current economic conditions and your personal financial situation can help you determine whether a CD is a worthwhile investment. The ultimate allure of a CD is its certainty. Because the rate is fixed, it takes the guesswork out of what future earnings will look like. Plus, most banks pay higher rates on CDs than they do on savings accounts.

For those who live paycheck to paycheck and want to make some additional money through investing, however, CDs might not be the way to go. CDs require you to lock up your money for some time, so pulling the money out early can have consequences. While a CD does act much like a savings account, you will not have access to it early without paying some sort of penalty.

What To Consider Before Investing In CDs in 2020

CDs are beneficial for those who have an excess amount of savings and want to invest in something low-risk. CDs have been around since the early periods of banking, and other investment options have come into existence since then. Because they are one of the older options available, many question their relevancy moving forward.

For the last 10 years, the financial climate was dominated by the aftermath of the Great Recession. This caused CD rates to fall to their lowest point in United States history.

Can You Lose Money in a CD?

The best thing about CDs is that they only cause you to lose money through your own actions. Unlike stocks, CDs will guarantee a certain amount earned by the end of the term. As long as you leave your money in the CD the entire length of the term, you won’t lose money in a CD.

The other thing that makes CDs worth it from a risk standpoint is that they are insured by the Federal Deposit Insurance Corp. So, even if the bank fails, you won’t lose what you invested.

The terms of the CD will determine when the interest is paid. In most situations, the interest earned is paid in full at the end of your CD term. A term can be anywhere between six months and five years.

When shopping for a CD, it is important to look at the terms and compare them to your current financial situation. Some CDs exist that do pay out monthly, but they only pay out the interest earned that month — not what you will earn over the term.

When making any kind of new financial decision, it’s always important to consider how it will affect your credit rating. When it comes to CDs, it’s worth asking whether or not this type of investment is worth it to you.

On a basic level, CDs don’t directly affect your credit. Some people, however, utilize them to inadvertently increase their rating. This is done by taking out a secured loan against the CD. As you pay the loan back, your credit score will increase. Ultimately, however, investing in a CD alone will have neither a positive nor a negative effect.

CDs: Now and in the Future

Understanding the mechanics of investing in a CD can help you both plan and determine whether this type of investment is right for you. If your ultimate goal is to build up your savings while still being able to take care of emergencies, CDs can take out a lot of the guesswork surrounding your financial future. CDs are worth it when you’re seeking a virtually risk-free investment that you can count on.

Click through to find out how much you need to invest in a CD at Chase and 18 other banks.