Yes, you can invest in commodities like gold or silver, or currencies like dollars or euros. Why not take your investing digital, and purchase cryptocurrencies instead? Cryptocurrencies are digital funds that are secured through computer codes and allow people worldwide to exchange payments without having to use physical money.

Bitcoin is the most well-known cryptocurrency. Between Jan. 1, 2017 and June 1, 2017, the value of one bitcoin increased from just under $1,000 to almost $2,500. As bitcoin has grown in popularity, other cryptocurrencies have entered the market.

Cryptocurrencies are highly speculative investments and you could lose everything you invest — so invest with caution. For example, although bitcoin’s value reached almost $2,800 in May, it dropped more than 18 percent before the end of the month.

Bitcoin is the most well-known cryptocurrency, but it’s far from the only one. Read on to discover the alternative cryptocurrencies that might be worth your investment.

After bitcoin, Ether is the second-largest player in the cryptocurrency space that’s changing how we handle money, with over 30 percent market share. Unlike bitcoin, Ether wasn’t built with the intention of being a currency for everyday use. Instead, it is used by application developers as a currency for transactions on the Ethereum network, which includes a range of applications like ride-sharing, betting and investment.

The Ethereum network uses “smart contracts,” which are able to determine when a contract is fulfilled and issue payment at that time. Ether hasn’t been around as long as bitcoin and has not been attacked (and therefore not tested) as much, so there are lingering questions about Ethereum’s security.

Ripple XRP was designed to allow banks to quickly and easily transfer funds between various existing currencies. XRP has a big advantage over bitcoin, as it can currently process over 1,000 transactions per second, whereas bitcoin is limited to seven per second. One reason to consider investing in XRP: Regulators are pushing for banks to use XRP in their transactions because of how quickly transactions can be completed.

Ripple just completed a pilot program with nearly 50 banks worldwide. But Ripple owns over 60 percent of the available coins. Although the company has created binding contracts to prevent it from selling large chunks of their holdings, flooding the market and causing the price to crash, some investors are still concerned.

PotCoin was created to serve the emerging cannabis industry. PotCoins are sent directly from the buyer to the seller, so there are no clearinghouses or banks to serve as middlemen. Your accounts can also be used worldwide.

If cannabis continues to become legal in more areas, PotCoin could be poised to grow in value. PotCoin recently saw a jump in value when it sponsored Dennis Rodman’s trip to North Korea in June 2017.

Litecoin uses similar programming to bitcoin, but with a few technical modifications that make it more accessible for general use. This could allow Litecoin to complement bitcoin and grow along with it in the future. It’s still possible for regular home computers to participate in mining Litecoin, whereas bitcoin mining requires specially-built computers.

In addition, Litecoin can process transactions in 2.5 minutes, whereas bitcoin processes transactions in 10 minutes. Litecoin’s value jumped dramatically when digital currency exchange company Coinbase added it to its trading platform in May 2017.

Zcash claims to be a more secure version of bitcoin that uses upgraded blockchain technology. This allows fully encrypted transactions to be confirmed and better protects users’ privacy. For example, two users are now able to exchange Zcash without sharing their identities, and the blockchain data confirms that a transaction took place, but doesn’t show who the parties are or how much Zcash changed hands.

This might sound promising, but Zcash is relatively new and there are still security concerns regarding how easily fake Zcash could be created. If Zcash takes off, it could generate significant wealth for early investors.

Dash, formerly known as Darkcoin, is another cryptocurrency that has seen a rise in interest as bitcoin has become more popular. Dash recently formed partnerships with a gift card operator and payments gateway.

It has also partnered with a Venezuelan-based digital currency exchange to help boost its use as an everyday currency — while Venezuela’s national currency continues to lose value. Dash claims to have one of the largest peer-to-peer networks in the world, which it says creates greater capacity and security.

If you’re looking to get in early on a cryptocurrency, look at Siacoin. Siacoin was created at MIT in 2013 and uses smart contracts for transactions between parties.

Siacoin is the digital currency used to rent cloud storage and to encrypt and transmit data on the Sia cloud platform. The currency can also be mined and traded. It’s still very early for Siacoin, but the network is open for other businesses to interact with consumers, so keep an eye on this potential emerging market.

It doesn’t take a financial genius to see the large amounts of wealth bitcoin’s growth has created. However, remember that these alternative cryptocurrencies are speculative and could easily decline in value. Invest carefully.

Up Next: 10 Best Penny Stocks for Investors Who Love Risk 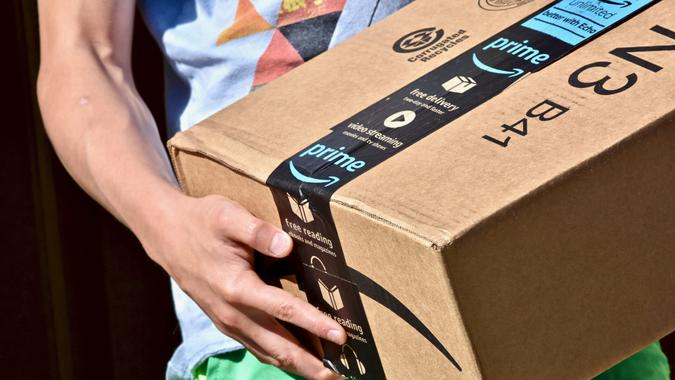 What Can You Buy With Bitcoin? 20 Surprising Things

Find out what you can pay for with bitcoin.

> Investing > Crypto > 7 Bitcoin Alternatives to Consider Investing in This Year