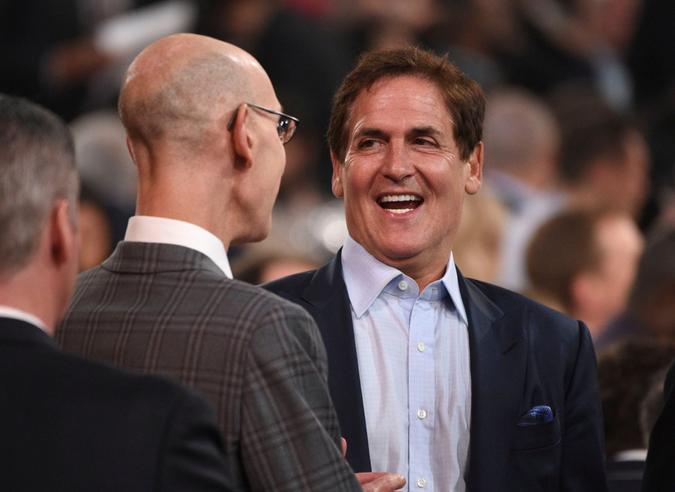 Dallas Mavericks owner Mark Cuban has always been a bit of a financial maverick himself, so it’s no surprise that he’s taking an offbeat approach to generating new revenue that involves NFTs, or nonfungible tokens.

See: Mark Cuban’s Mavericks Will Accept Dogecoin Payments for Tickets and Merch, ‘Because We Can’
Find: What Is a Non-Fungible Token and Why Are They Booming?

As reported by CNBC on Friday, Cuban wants to turn Mavericks tickets into NFTs so fans can buy and resell them – and the Mavs can make royalties on the sales. NFTs are units of cryptocurrency on blockchains. They basically work as digital assets that can represent everything from art and virtual real estate to digital sneakers. NFTs can be bought and sold like any other asset.

Cuban told The Delphi Podcase that the Mavericks organization is eyeing options for turning tickets into NFTs, and envisions season ticket holders and the organization profiting from resales.

It's the lazy way to create and show a gallery of your own NFTs. Everyone else tries to be social and complicated. We are personal and lazy. Sign up. Get your https://t.co/Vo3x4SmegJ url. Post it in your bio, send to friends. Tweet it. https://t.co/5cDwYK15Pt is easy https://t.co/mnVucRYoNZ
— Mark Cuban (@mcuban) March 25, 2021

It makes sense that Cuban has an interest in NFTs. The billionaire entrepreneur has already bought cryptocurrency from Bitcoin, Ether and other exchanges, and he’s invested in blockchains such as Mintable, an NFT marketplace.

See: Mark Cuban – “Bitcoin is Exactly like the Dot Com Bubble”
Find: How Does Cryptocurrency Work, and Is It Safe?

With Lazy.com, artists can showcase their work on a variety of online platforms, including social media and digital collectibles sites. So why is it called Lazy.com? Because Cuban wanted a “lazy way” for creators to showcase their NFTs, he told The Hill last week.