Mark Cuban’s Mavericks Will Accept Dogecoin Payments for Tickets and Merch, ‘Because We Can’ 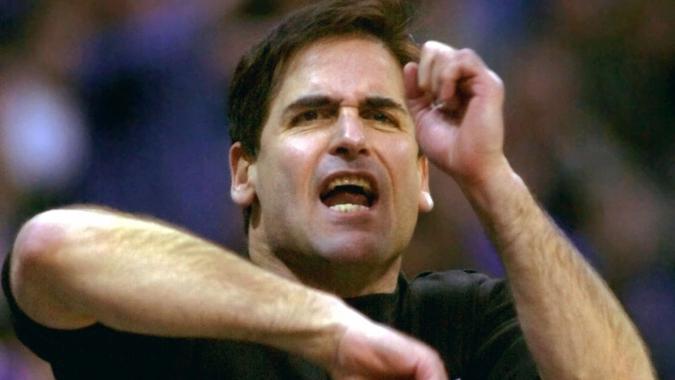 Entrepreneur and Dallas Mavericks owner Mark Cuban said the basketball team would accept Dogecoin for tickets and merchandise, “because we can.”

See: Mark Cuban – “Bitcoin is Exactly like the Dot Com Bubble”
Find: What Is a Non-Fungible Token and Why Are They Booming?

“The Mavericks have decided to accept Dogecoin as payment for Mavs tickets and merchandise for one very important, earth shattering reason, because we can!  Because we can, we have chosen to do so,” Cuban said in a statement on the Mavs website.

“We have chosen to do so because sometimes in business you have to do things that are fun, engaging and hopefully generate a lot of PR. So we will take Dogecoin, today, tomorrow and possibly forever more. For those of you who would like to learn more about Dogecoin we strongly encourage you to talk to your teenagers who are on TikTok and ask them about it. They will be able to explain it all to you,” he added in the statement.

See: Economy Explained – How Does Cryptocurrency Work, and Is It Safe?
Find: Goldman Sachs to Restart Cryptocurrency Trading Desk as Bitcoin Rally Continues

The Dallas Mavericks have been accepting Bitcoin as a method of payment for game tickets and merchandise for almost two years. The transactions will be processed by the crypto payments company BitPay, which has handled Bitcoin purchases for the team since 2019, according to the statement.

“The Dallas Mavericks are a long-time enthusiast of cryptocurrency, opening up new opportunities for the team to sell tickets and merchandise to its global MFFL fan base,” Stephen Pair, CEO of BitPay, said in the statement. “BitPay believes that with continued cryptocurrency adoption, the industry is reaching an inflection point that will forever change consumer confidence, trust and pave the way for blockchain payments to disrupt the way consumers and businesses receive and spend funds.”

In a tweet earlier this week, Cuban said that “gold is hyped as much as crypto.”

See: 20 Genius Things Mark Cuban Says to Do With Your Money
Find: Bitcoin’s Value Skyrockets to $1 Trillion as Price Hits $54,000

“Do we really need gold jewelry? Gold can make you a ring. BTC/Eth are technologies that can make you a banker, allow friction free exchange of value and are extensible into an unlimited range of biz and personal applications,” he said in the tweet.

Dogecoin was created as a joke — its name is a reference to a popular internet meme, according to Coinbase. “It shares many features with Litecoin. However, unlike Litecoin, there is no hard cap on the number of dogecoins that can be produced.”

Doge has been gaining traction lately, most notably thanks to Tesla CEO Elon Musk, who tweeted about it last month, sending the cryptocurrency to spike 46% that day.

“Doge,” was the first in a series of tweets, followed by “Dogecoin is the people’s crypto,” “no highs, no lows, just doge,” and, in a Lion King reference, a “ur welcome” tweet accompanied by a meme of him holding the Dogecoin mascot.

Also last month, trading platform app Robinhood announced in a tweet that it fully intends “to provide and withdraw cryptocurrencies,” including Doge.

See: On the Eve of Testifying Before Congress, Robinhood Announces It Will Provide Crypto Withdrawals
Find: 9 Investing Bubbles That Will Make You Rethink Bitcoin

And earlier this month, CoinFlip, a Bitcoin ATM provider in the U.S., announced that Dogecoin  is now listed on its 1,800-terminal network.

“Dogecoin was first started solely as an internet meme and in recent months propelled to a near $10 billion dollar market cap due to support from celebrities such as Elon Musk, Snoop Dogg, Gene Simmons and Kevin Jonas. This announcement validates the legitimacy of the coin and further showcases CoinFlip’s dedication to meet consumer and industry needs as coin popularities shift,” said a statement on the CoinFlip website.