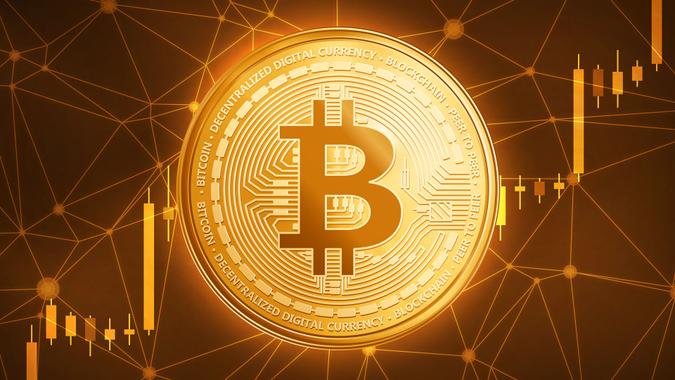 Bitcoin is continuing its ascent, breaking the $50,000 ceiling earlier this week and is now at $54,000, with a valuation approaching $1 trillion.

CoinMarketCap is valuing the crypto at around $1 trillion this morning, a huge milestone. Bitcoin has added more than $415 billion of value in 2021 alone, Bloomberg reports.

Bitcoin has been boosted by several big-name investors recently, including Tesla CEO Elon Musk. Earlier this month, Tesla bought $1.5 billion in Bitcoin and said the company would begin accepting the cryptocurrency “as a form of payment for our products in the near future,” according to a Tesla Securities and Exchange Commission filing. Musk had also added #bitcoin to his twitter bio earlier, which had sent the currency soaring.

See: Tesla Buys $1.5 Billion in Bitcoin, Says It Will “Soon” Accept It as Form of Payment
Find: One Hashtag from Elon Musk Makes Bitcoin Spike in Minutes

And yesterday, defending Tesla’s bitcoin purchase, Musk tweeted that “having some Bitcoin, which is simply a less dumb form of liquidity than cash, is adventurous enough for an S&P 500 company.”

See: Long-Term Investors Hold Most of the Bitcoin Supply
Find: Why Some Money Experts Believe In Bitcoin and Others Don’t

A report from Copper.co notes that Bitcoin kicked off 2020 at just over $7,000. “Even a global pandemic couldn’t suppress prices for too long,” the report says. And it broke the $20,000 ceiling just this past December as demand from institutional investors rapidly increased.

Not everyone’s a Bitcoin aficionado. JPMorgan analysts for example, called Bitcoin an “economic side show,” according to Reuters.

“Crypto assets continue to rank as the poorest hedge for major drawdowns in equities, with questionable diversification benefits at prices so far above production costs, while correlations with cyclical assets are rising as crypto ownership is mainstreamed,” JPMorgan said in a memo, according to Reuters.