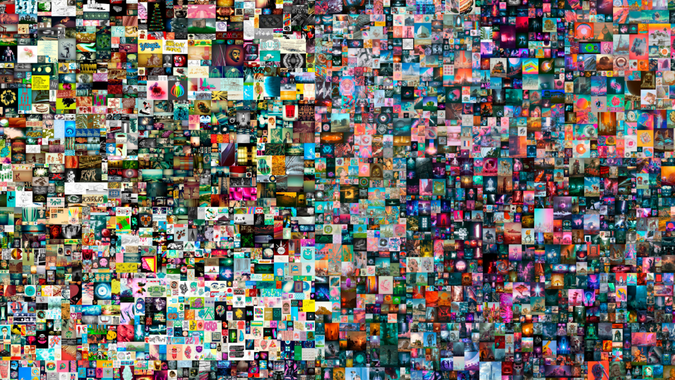 “Christie’s had never offered a new media artwork of this scale or importance before,” Noah Davis, specialist in Post-War & Contemporary Art at Christie’s  said in the statement. “Acquiring Beeple’s work is a unique opportunity to own an entry in the blockchain itself created by one of the world’s leading digital artists.”

However, some blockchain experts say that while Beeple’s sale is a major crypto milestone, the NFT space isn’t without current pitfalls.

“When an NFT’s imagery is not stored on-chain, there’s still a need to prove that the associated digital art asset can’t be tampered with,” Nicole Tay, head of marketing at blockchain company SkynetLabs tells GOBankingRates. “For digital art to be immutable and censorship-resistant from the start, decentralized NFT apps also need decentralized storage.”

NFTs are quickly gaining in  popularity. Just last week, Twitter CEO Jack Dorsey tweeted a link to the Valuables platform, where his first tweet from March 21, 2006, “just setting my twttr,” was up for bidding. Earlier this month, Kings of Leon announced it would offer its latest album, “When you See Yourself,” as a NFT for  $50 and include enhanced media, such as a moving album cover, a digital download of the music and a limited-edition vinyl album.

The NFT version of “When You See Yourself,” which launched on March 5th, will only be available for two weeks. After that, it will be a tradable collectible, Rolling Stone says.