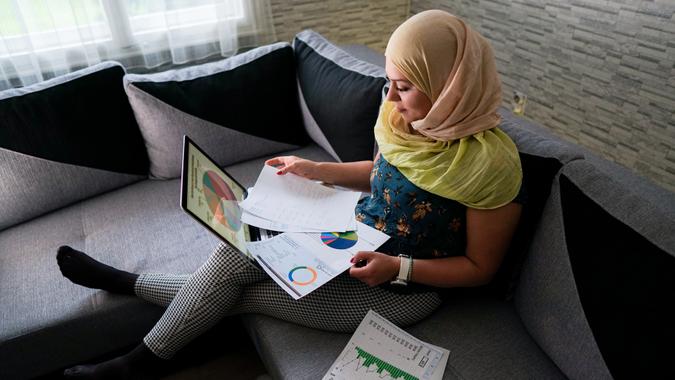 One of the most striking phenomena of the pandemic has been the rise of retail investors, who became savvier and more self-educated amidst economic uncertainties and market volatility, thanks in parts to new apps, such as Robinhood, social networks, including Reddit and meme stocks.

See: 8 Best Cryptocurrencies To Invest In for 2021
Find: 10 Best ETFs To Buy for Long-Term Growth

Now, a relatively new social network — Commonstock — offers users to “amplify the knowledge of the best investors, verified by actual track records for signal over noise.”

“We’re amplifying the insights of the best investors by allowing people to connect their brokerages and show what they’re invested in, (we never show dollar amounts, only % of portfolio).  People have created profile pages, written investment memos, created group chats and have linked billions of dollars to the platform,” he says.

The platform’s website notes that Commonstock is not a brokerage, but a social layer on top of existing brokerages helping to create more engaged and informed investors.

“The ability for anybody to prove they own Tesla or Peloton by percentage and show their skin in the game, weeds out a lot of the grifters who might say they had a 1,000% return,” Commonstock’s CEO and founder David McDonough told CNBC. “There’s no lying about it — you can see somebody’s performance in real time.”

He added that meme stocks played a huge part in educating investors in the past year. “It sounds counterintuitive, but Roaring Kitty, AMC and GME probably did more to educate a generation of people than any of the financial textbooks and classes before,” McDonough told CNBC.

“Investing is now interesting, and it’s part of the social discussion.”

The initial source of inspiration for Commonstock came when the CEO and founder graduated from college amid the recession and was seeking better ways of understanding capital markets and improving investing by learning and discussing with others, a spokesperson tells GOBankingRates.

“At the time, there were major barriers to access (trading hadn’t gone fee-free!) and to knowledge,” the spokesperson says. “When Commonstock launched in beta in August last year, the need for a platform that would surface signal over noise became even more acute — with the rise of retail investors amid the pandemic. Increased participation seems here to stay, which is fantastic, but must be accompanied by increased access to knowledge. This feels in part why we have seen such strong demand for Commonstock.”

See: 6 EV Stocks To Watch: What You Need To Know Before Investing
Find: Top Investing Tips for Those Who Don’t Follow the Market

In a thinly veiled mention of trading app Robinhood, and to point out that Commonstock can be complementary to such apps, which, in Robinhood’s case, says its mission is to “democratize finance,” Commonstock said on its website: “Brokerages have democratized investing … Time to democratize investing knowledge.”