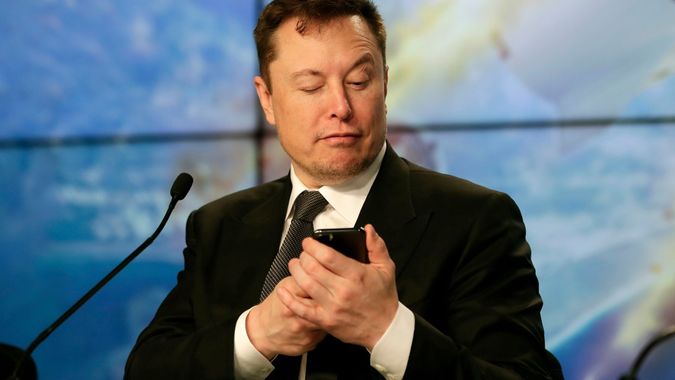 Another day, another crypto, another shoutout. Tesla CEO Elon Musk took a moment to hype up a new crytpo — saying “Daddy Doge”–  after leaving the court where he testified in a shareholder lawsuit over the company’s $2.6 billion acquisition of solar energy company SolarCity in 2016. While Musk’s endorsements often make their respective crypto’s prices jump briefly, it’s unclear whether investors are still putting a lot of stock in them and whether it affects them in the long term. You can check out his endorsement below:

“11 days old. Live on BTOK. 31000 Holders. 26000 Telegram presence. Trending on CMC since listing. Trending all over Twitter. Tracked on Coinbase .#DaddyDoge Oh…. and a couple of videos from this guy,” DaddyDoge tweeted referring to Musk.

Oh…. and a couple of videos from this guy pic.twitter.com/gI90sR8jBf

Musk has been a fervent supporter of the original DOGE, promoting it via tweets and on his “Saturday Night Live” appearance in May. And today, he changed his bitcoin “laser eyes” profile picture on Twitter to one where he’s wearing sunglasses with the doge meme appearing in the reflection.

See: Elon Musk and 22 More CEOs Who Changed How We Live
Find: Dogecoin’s Highs and Lows: Is It Still Worth an Investment?

While this briefly helped DOGE jump by 10%, as of Monday morning, “Dogecoin is the altcoin nursing the biggest 24-hour losses among the top 10 by market cap — down 4.45%. Zooming out to a weekly timeframe, and it’s lost 17.21% of its value,” according to CoinMarketCap. CoinMarketCap adds that this indicates that “DOGE is continuing to come back down to Earth after an astounding surge earlier this year — movement that some crypto commentators have described as proof of a frothy market that’s brimming with excess.”

Bryan Slusarchuk, CEO of gold mine Fosterville South Exploration, tells GOBankingRates that gold has withstood the test of time for thousands of years and that it’s hard to believe that a competitor currency which can be so widely influenced by a tweet or two will serve the same role as gold.

“Gold is money and money is gold and it’s the only well-established currency that can’t be printed. No one person can move the price of gold with a tweet or a comment, and gold inherently becomes more valuable every day,” Slusarchuk said.

Another doge-related crypto, Baby Doge — the self-proclaimed “son of Doge” — was launched June 1 on the Binance smart chain and has a simple mission according to its website: save dogs. It made its NASCAR debut July 10, as the coin’s branding was featured on driver Brandon Brown’s No. 68 Chevrolet Camaro. It has since crashed despite donations to animal charities.