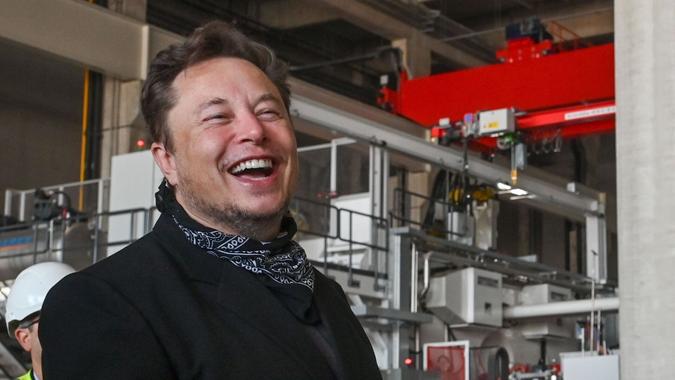 Is it a dog? A bunny? Who knows? And the internet seems confused about who — or what — is going to the moon. But Elon Musk’s cryptic tweet with an animal stick figure and a rocket “to the moon” emoji has sent some animal-themed cryptos soaring again.

Following the tweet, tokens featuring the word “bunny” have increased in value with CoinMarketCap showing Bunny Park, Pancake Bunny, Little Angry Bunny V2, Rewards Bunny, gaining in value, Benzinga reports. Similarly, CoinGecko shows that the price for BunnyRocket has seen gains of over 88.1% on the day, while the price of Rocket Bunny has increased by 252.1% on the day of the tweet, Benzinga adds.

Musk’s message remains unclear as several tweets can attest. Some tweeters are wondering if it’s a reference to the Shiba Inu coin mascot or to Dogecoin, or to Dogecoin wannabees. Some are just giving up guessing, saying “Send it all to the moon.”

PrinceFloki was up 19387.87% in the past 24 hours this morning, according to CoinMarketCap.

A crop of new cryptos named after Musk’s dog Floki recently appeared, such as Flokinomics, a Dogecoin wannabee knockoff earlier this month.

And apparently, pigs are also trying to fly to the moon: the number 3 trending crypto today on CoinMarketCap is LuckyPig, which was up 39.26%.