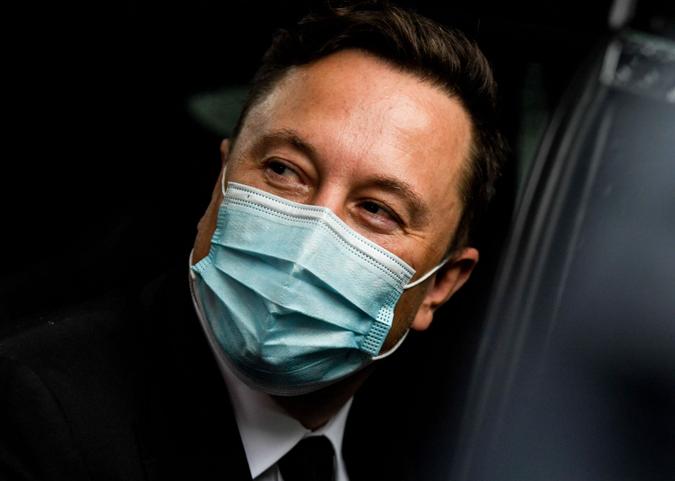 Tesla and SpaceX CEO Elon Musk has been known to tweet statements that have elicited warnings, and even charges, from the U.S. Securities and Exchange Commission. Most recently, lawyers warned the billionaire that he could face “questions” from the SEC over the “facts and circumstances” of his company’s purchase of $1.5 billion in Bitcoin, Forbes reports.

But is Musk responsible for a drop in Bitcoin prices over the past weekend? Bitcoin plummeted by 17% on Monday, dipping below $48,000, after hitting a record-high of $58,042 on Sunday. Tesla’s investment of $1.5 billion, along with investments from notable names like Mastercard and BNY Mellon, in part caused the spike, according to Entrepreneur. Bitcoin hit a market cap of $1 trillion for the first time on Saturday, Entrepreneur reports.

But by market open on Monday, the crypto had dropped to less than $53,000 and continued to fall. By market close on Monday, Bitcoin was hovering just over $50,000. On Friday, Musk had tweeted that both Bitcoin and Ethereum, the second largest crypto by volume, both “seem high.”

In the past, it has seemed that Musk’s tweets have propelled the price of Dogecoin, Bitcoin and GameStop stock. But the timing seems slightly off for his tweet to have impacted Bitcoin’s prices over the weekend, Entrepreneur speculates. After all, the popular cryptos continued to rise even after the billionaire’s tweet.

Market correction or (accidental) market manipulation? Analysts may never know for sure. But Bitcoin’s drop in value caused Tesla (NASDAQ: TSLA) stock prices to dip as well, hitting a one-month low of $714.50 at market close Monday.

Consequently, Musk lost $15 billion of his net worth, relinquishing his standing as world’s richest person to Amazon CEO Jeff Bezos once again. A mere $3 billion separate Bezos and Musk, with Bezos’ net worth listed at $186 on the Bloomberg Billionaires Index and Musk’s at $183 billion.