The U.S. housing market is pretty hot right now. Nationwide, home prices have climbed 6.5 percent over the past year from March 2017 to March 2018, according to the S&P CoreLogic Case-Shiller U.S. National Home Price NSA Index.

However, home prices have increased at a much faster pace in several cities, a new GOBankingRates study found. Using median home list price data from Zillow for the 100 largest cities, the study pinpointed the 20 places where home prices have risen the most over the past year. It calculated both the dollar and percentage change from March 2017 to March 2018.

The rise in prices is good news for sellers in these hot housing markets. But soaring prices might make homeownership out of reach for more people in these cities — especially millennials looking to purchase their first house.

Click on the map below to learn more about the U.S. cities with rising home prices: 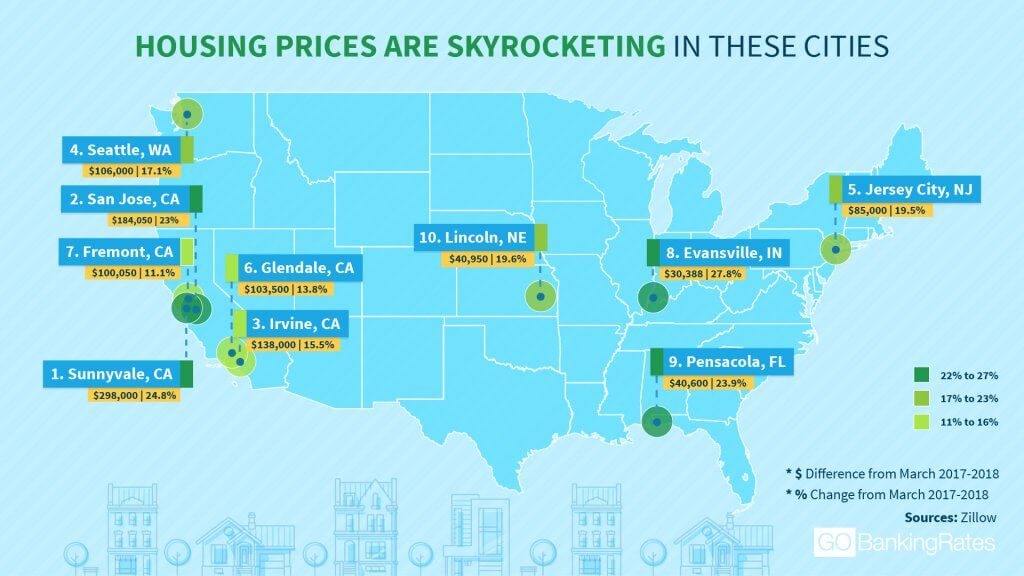 For buyers, it might be especially tough to find an affordable home in California. The study found that five of the 20 cities where home prices have risen most are in The Golden State. In the Bay Area and Southern California, growing economies, high incomes and housing shortages have fueled the rise in home prices.

Two other states in the West — Nevada and Washington — also have cities among the top 20 facing the biggest increases in home prices. But the West Coast isn’t alone as several of the cities where home prices are rising fast are on the East Coast. Three of those cities — Jersey City, N.J.; Newark, N.J.; and Yonkers, N.Y. — have seen prices increase with an influx of people moving there from nearby New York City, where home prices are even higher.

It’s True: You Might Actually Be Able to Afford a Mansion in These 20 States

Surprisingly, four of the top 20 cities are in the Midwest — Evansville, Ind., and Indianapolis; Lincoln, Neb.; and Cincinnati. The price increases have been driven, in large part, by strong job markets and a shortage of homes for sale. However, the increases in these places pale in comparison to the jump in home prices in the West Coast and East Coast cities on the list. In the four Midwestern cities where home prices have jumped, your real estate dollars still go a lot further.

Here’s a look at the 20 cities where home prices are rising fast:

Click through to see the average salary you need to afford a home in your state.

Methodology: GOBankingRates identified the 20 cities where home prices have risen most by sourcing median home list price data from Zillow, and calculating the dollar and percentage change in price in the 100 largest cities from March 2017 to March 2018. 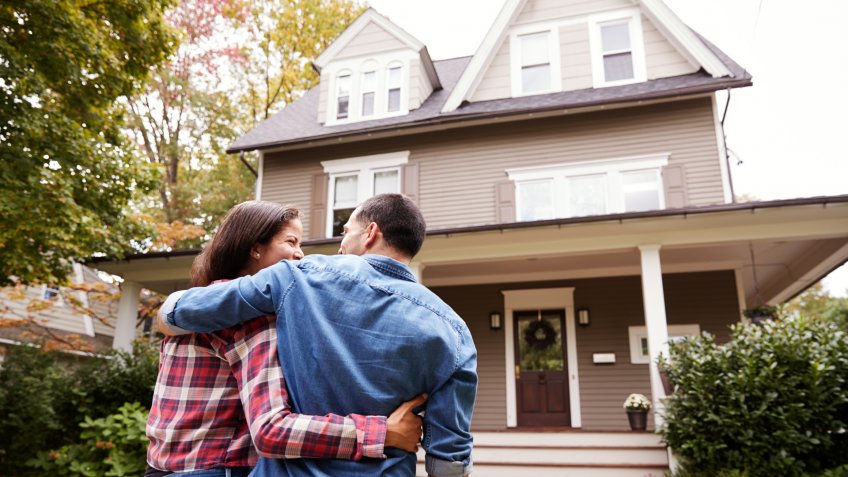 Cost of Renting vs. Owning a Home in Every State

Is buying a home always the cheaper option?