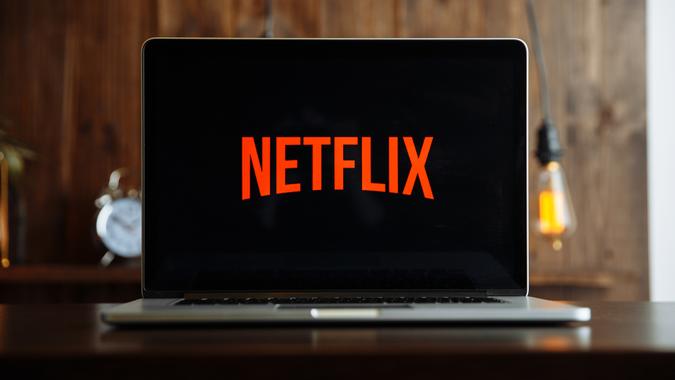 Netflix posted extremely disappointing earnings on April 19, revealing it lost 200,000 paid subscribers in the first quarter, which triggered the stock to drop 27% to a three-year low in pre-market trading April 20.

See: 6 Alternative Investments To Consider for Diversification in 2022
Find:8 Best Cryptocurrencies To Invest In for 2022

This pulled rival streamers lower as well, MarketWatch reported. Walt Disney Co. slid 5.1%, while Roku was down 6.8%. Warner Bros. Discovery Inc. was down 3.9%, Paramount Global was down 5% and even Amazon, home to Prime Video, was down 0.7%.

In a letter to shareholders, Netflix acknowledged that its revenue growth has slowed considerably as its relatively high household penetration — when including the large number of households sharing accounts — combined with competition, is creating revenue growth headwinds.

The decrease of 200,000 subscribers comes against the company’s guidance forecast of an addition of 2.5 million and a 4 million addition in the same quarter a year ago, according to the letter. In addition, the company said it forecast a loss of 2 million subscribers in the second quarter, compared to the 1.5 million it added in the same quarter last year. The suspension of its service in Russia and winding-down of all Russian paid memberships affected the number of users as well.

Increased competition from other streaming services along with the launch of new platforms has also added pressure on the company.

“Over the last three years, as traditional entertainment companies realized streaming is the future, many new streaming services have also launched. While our U.S. television viewing share, for example, has been steady to up according to Nielsen, we want to grow that share faster,” according to the letter.

Co-Chief Executive Reed Hastings said in an earnings call that the company is working on how to monetize sharing.

“We’ve been thinking about that for a couple of years. But when we were growing fast, it wasn’t the high priority to work on. And now, we’re working super hard on it. And remember, these are over 100 million households that already are choosing to view Netflix. They love the service. We just got to get paid at some degree for them,” he said, according to the transcript of the call.

Peter Cohan, a senior lecturer at Babson College and author of “Goliath Strikes Back,” told GOBankingRates that “Netflix CEO Reed Hastings is a phenomenal leader who has created two new industries — DVD-by-Mail and Online Streaming. For years, incumbents were unable to respond effectively to his innovative strategies.”

“But yesterday’s earnings report marks the end of the Hastings era as far as I am concerned. His comments about tweaking Netflix’s pricing model suggests to me that he does not have another big idea up his sleeve,” Cohan said. “Instead, Netflix is likely to keep getting smaller as it faces very capable rivals like Disney, Hulu, HBO Max, Apple, Amazon and others. With the pandemic seemingly coming to an end, people are going to be spending less time on online streaming and the fight for subscribers will intensify.

“Since Netflix is the only pure-play publicly-traded stock of the lot it will continue to fall. At least the other ones have businesses besides online streaming on which they can rely,” he added.

Jeff Wlodarczak, an analyst for Pivotal Research Group, cut his rating on the stock from “buy” to “sell” and chopped his 12-month price target by almost 60%, to $235 per share, according to Variety.

Streaming Wars: How Does Amazon’s Price Hike Stack Up to Netflix & Hulu Costs?
Find: Do You Share Your Netflix Password? You May Soon Be Charged Extra

“After what can only be called a shocking 1Q subscriber miss and weak subscriber and financial guidance we reduced our subscriber forecasts and pushed back our profitability forecasts substantially,” Wlodarczak wrote in a note to clients.