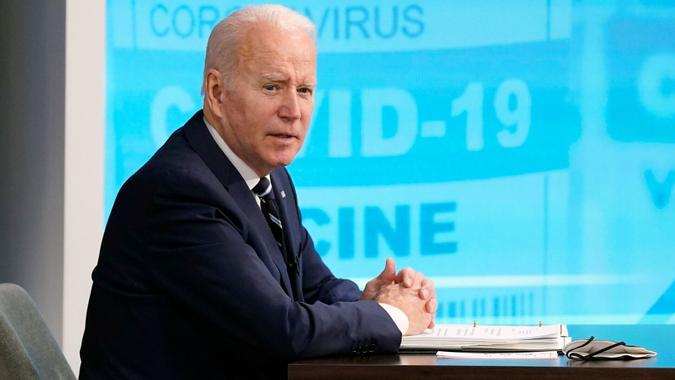 The Biden administration announced it was withdrawing its vaccine mandate for businesses with more than 100 employees, effective Jan. 26, according to a statement from the U.S. Department of Labor’s Occupational Safety and Health Administration (OSHA) on its website. The announcement follows the Supreme Court’s decision, delivered earlier this month, to block federal vaccine mandates. The economic outcome of these moves, and the decisions to follow, remain to be seen.

“Although OSHA is withdrawing the vaccination and testing ETS as an enforceable emergency temporary standard, the agency is not withdrawing the ETS as a proposed rule. The agency is prioritizing its resources to focus on finalizing a permanent COVID-19 Healthcare Standard,” the OSHA statement read. “OSHA strongly encourages vaccination of workers against the continuing dangers posed by COVID-19 in the workplace.”

Following the Supreme Court’s decision, President Joe Biden said he was “disappointed that the Supreme Court has chosen to block common-sense life-saving requirements for employees at large businesses that were grounded squarely in both science and the law. This emergency standard allowed employers to require vaccinations or to permit workers to refuse to be vaccinated, so long as they were tested once a week and wore a mask at work: a very modest burden,” per a statement posted to the White House website on Jan. 13.

OSHA’s announcement comes on the heels of a few bad weeks for biopharma stocks, which had previously soared. The Motley Fool reports that on Jan. 24, COVID-19 vaccine makers Novavax and Moderna suffered declines of 6.1% and nearly 2%, respectively, although at one point shares of Novavax were down by as much as 21%. Moderna was down nearly 14% during a trading session that at one point saw the S&P 500 in the red by 2.5% before it bounced back to close with a slight gain.

“Even with their partial recoveries, however, Monday extended a run of sizable declines by these companies over the course of the past several weeks. Novavax is now down 66% from last month’s peak, and Moderna is currently 68% below its August high. Most of their peers have suffered similar sell-offs,” according to The Motley Fool’s report.

The Motley Fool adds that government mandates for vaccination which were proving a boon for vaccine manufacturers — or that were expected to do so — are also now hitting judicial branch roadblocks.

Learn: Senior Safety: Medicare Doesn’t Cover Rapid Tests — Is Anything Being Done to Protect Seniors From COVID?
Explore: 5 Things You Might Not Know About Moderna

“Just days after the U.S. Supreme Court blocked President Biden’s plans to require large companies to require all employees to either get vaccinated for COVID-19 or tested for it regularly, many corporations have dialed back their own efforts to protect their employees and customers from exposure to the disease. Starbucks, for instance, abandoned its internal mandate for employees. Other organizations like workwear maker Carhartt continue to require vaccinations even in the absence of a federal mandate, but that company now faces a backlash as conservatives on social media are calling for a boycott of the brand,” the report detailed.