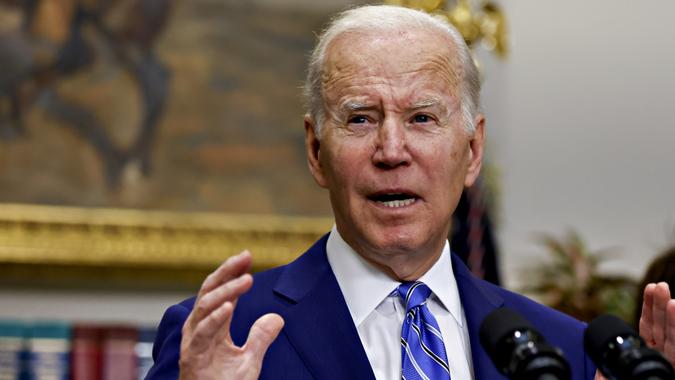 A pair of Biden administration directives to bolster quantum computing technology in the United States could provide a similar lift to quantum tech stocks connected to companies that do everything from building quantum computers and processors to developing cybersecurity technology.

Discover: 22 Side Gigs That Can Make You Richer Than a Full-Time Job
More: Rising Gas Prices: The True Cost of Going Electric

Separately, the president signed an official memo that outlines his administration’s plan to enhance U.S. cybersecurity through the use of quantum computers. As Politico reported, one element of the memo directs the National Institute of Standards and Technology to study the landscape of cryptography in regards to quantum computing. According to some cryptographers, quantum computers with enough power could crack any existing code — a major national security issue.

“The presidential directives being released will help us balance the scientific and economic imperatives to move fast with our obligation to protect our people, communications and investments,” the White House said in a statement.

The heightened focus on quantum technology has roots in numerous initiatives, ranging from stronger cybersecurity to potential uses in electric vehicles.

So which stocks stand to gain?

A number of tech giants deal in quantum technology through individual products or business units, including Microsoft, IBM, Alphabet and Google. Even Honeywell International has a large quantum computing company, Quantinuum, that formed following the late 2022 merger of Honeywell Solutions and Cambridge Quantum. The new company is expected to go public by the end of 2022, according to U.S. News & World Report.

See: POLL: Do You Think the Government Should Increase SNAP Benefits?
Find: Student Debt: Biden ‘Not Considering’ $50k Loan Forgiveness but Will Look at Other Options

In terms of pure-play quantum technology stocks, MSN recently cited three in particular that might benefit from Biden’s directives: Arqit Quantum (ARQQ), Rigetti Computing (RGTI) and Quantum Computing (QUBT). Each stock trades on the Nasdaq, but none are exactly setting the world on fire right now, with all three trading for less than $10 a share.

Here’s a quick look, based on Yahoo Finance profiles: