Cybersecurity Stocks Set to Surge After Russia’s Invasion of Ukraine 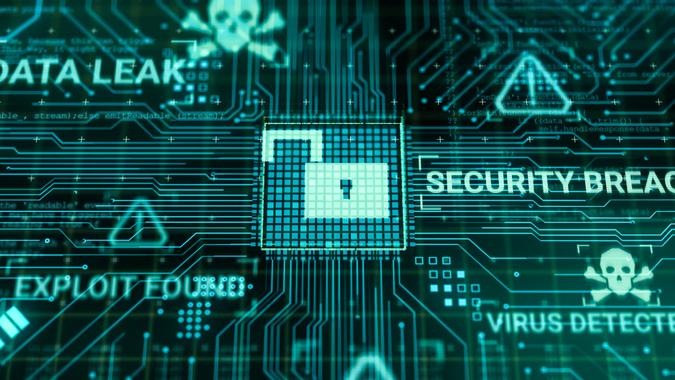 Analysts and experts are anticipating a surge of cybersecurity attacks in the wake of Russia invading Ukraine, which some analysts see as sector investors should focus on.

See: Stock Market Reacts to Russia’s Invasion of Ukraine, Deepening a Correction That Was Already Underway — Is a Bear on Its Way?
Find: These Are the Stocks Warren Buffett Bought and Sold in 2021

Wedbush Securities analyst Dan Ives said in a research note sent to GOBankingRates on Thursday, Feb. 24 that the Black Swan event from the invasion will send shockwaves across the global markets this morning with tech names expected to see significant pain when the U.S. market opens.

“The risk-off environment that has been in effect so far in 2022 will now be significantly exacerbated by this geopolitical shock event with a valuation compression that is hard for already battered tech investors to absorb,” Ives wrote in the note.

Ives argues that these geopolitical shock events are times not to panic as “knee jerk reaction this morning is always very scary watching the red screens,” but instead selectively focus on the defensive tech stocks with significant free cash flow and oversold tech stalwart names across the tech ecosystem.

He added that while each geopolitical shock event is different and unique, “our playbook since 2000 has been to use these periods of global chaos to buy the tech winners that we view as way oversold in a panic-like selloff.”

The cyber security sector is poised to surge as cyber warfare underway, he said, adding that well-positioned vendors should be a focus sector for tech investors during this market turmoil.

“Based on our conversations over the last 48 hours with enterprises/CISOs and contacts in the Beltway, there is a growing concern that massive cyber warfare could be on the near-term horizon which would certainly catalyze an increase in spending around preventing sophisticated Russian-based cyber attacks going after datacenters, networks, vulnerability points, and other highly sensitive data,” Ives said in the note.

In additional research notes sent to GOBankingRates by CFRA Research, the firm said on Feb. 23 that it maintained its Buy opinion on Palo Alto.

See: Fastest Ways To Become Rich by Investing in the Stock Market
Find: 10 Best Growing Industries To Invest in for 2022