Elon Musk Sold $5 Billion of Tesla Shares – Should You Be Concerned? 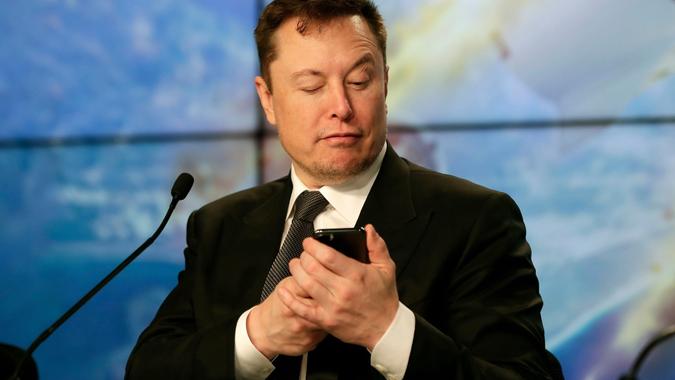 Elon Musk sold approximately $5 billion in shares, according to Securities and Exchange Commission filings, a move that comes just a few days following his Twitter poll on whether he should sell 10% of them.

The stock, which took a huge hit this week, erasing $199 billion in the company’s value, was up 2.4% in pre-market trading.

Musk first exercised just over 2 million stock options on Nov. 8, that were valued at roughly $2.5 billion at the day’s close, paying around $13.4 million in exercise costs, The Wall Street Journal reports. He sold many of those shares the same day to cover tax withholding obligations. He then sold around 4.5 million shares in total over the three days, shrinking the size of his stockholdings in Tesla even after exercising the options, the WSJ reports.

Monday’s option exercise and sales were made under a so-called 10B5-1 plan, adopted on Sept. 14, 2021, and established by the reporting person for the purpose of an orderly sale of shares related to the exercises of options scheduled to expire in 2022, according to the SEC filing — two months before Musk’s Twitter poll.

Musk was awarded options in 2012 as part of a compensation plan and because he doesn’t take a salary or cash bonus, his wealth comes from stock awards and the gains in Tesla’s share price.

Those options have since vested and will expire in August, according to The New York Times. Most stock grants allow executives to avoid paying taxes for years, and perhaps forever, as long as they don’t sell the shares they get from converting the options, but Musk has taken out big loans against his shares, allowing him to monetize shares without selling them, the NYT adds.

Tesla lost $199 billion in value during its biggest back-to-back selloff since September 2020, following a string of bad headlines and tweets that pushed the stock to drop.

The stock closed down 11.99% on Nov. 9, on pace to be the largest of the year for the stock and comes after a fall of nearly 5% on Monday, tempering a mostly upward trend for the year, CNBC reports.

Overall, Tesla shares are however up more than 47% in 2021, according to CNBC.