Facebook stock dropped by more than 3 percent Friday, Sept. 28, after the company revealed more than 50 million accounts might have been affected by a security breach. The data breach involved the platform’s “View As” feature. Facebook reset the logins of more than 90 million accounts as the first step in dealing with the hack. This latest scandal came shortly after the founders of Instagram decided to leave the photo app company.

Kevin Systrom and Mike Krieger, who founded Instagram in 2010, have decided to step down from their positions as CEO and chief technology officer, respectively. Facebook shares fell by 2.6 percent on Sept. 25 following the news. Instagram is expected to generate more than $8 billion in revenue in 2018, reported Bloomberg. The platform represents about 14 percent of its ad revenue, according to a story on CNBC. Facebook bought the popular photo app in April 2012 for $1 billion.

This latest shake-up is another blow for Facebook in an already tumultuous year. The company lost more value in a day than any U.S. traded company ever has in July 2018. Released after the market close on July 25, the Facebook earnings report for the second quarter of 2018 revealed the company missed its revenue target and experienced decelerated user growth.

Along with Twitter CEO Jack Dorsey, Facebook COO Sheryl Sandberg appeared before the Senate Intelligence Committee on Sept. 5. The tech leaders were questioned about their company’s roles in the 2016 U.S. presidential elections, and possible Russian interference in the democratic process through the use of the social media platforms. Tech sector stocks were affected by the appearances: Shares of Facebook (Nasdaq: FB) fell 1.43 percent by mid-day; Twittter, Netflix and Amazon stocks were affected as well, Markets Insider reported. Then, Facebook shares fell again in late September, following the announcement that the co-founders of Instagram would be resigning from the Facebook-owned company.

The news of the Russia investigation caused the Facebook stock price to take a dive. Shares of the social networking company closed at $217.50 — near its 52-week high — but were down nearly 20 percent at $174.21 by the next afternoon on July 26. Facebook was worth $629.6 billion at close on July 25, TechCrunch reported; however, the company’s market capitalization dropped to $504.3 billion, creating a total loss of more than $125 billion. The decline will likely get worse.

Long-term investors typically stick out quarterly fluctuations, but this historic drop is significant because it also comes on the heels of Facebook’s declining user count — it had its first-ever decline in Europe in 2018 and plateaued in North America in 2017, according to TechCrunch — as well as amid increasing security demands.

Read: How to Use Quarterly Earnings Reports From Amazon, Facebook to Your Advantage

The social networking giant hasn’t had the best year in 2018, between the Cambridge Analytica Facebook advertising scandal and now this stock price drop. Its projections of a continued decline in 2018 and need for continued investing in security measures might make this the time for long-term investors to reassess whether to ride this out or get out.

Facebook has had revenue dips quarter over quarter before, but none as big as this one since 2011, according to research platform Macrotrends — and even then, year-over-year revenue went up. Revenue has gone up every year since 2010, but it’s not yet clear how long it will take Facebook to recover — if it can.

If you’re deciding whether to sell your Facebook stock or weather the storm, there’s no easy answer, but the company’s long history of strong historical performance shouldn’t be overlooked. Here are some key stats to remember:

Instead of following the lead of other investors, take your unique situation into account to decide what’s best for you. If you’re consulting an investment advisor or managing your own investments, consider the following questions:

Key issues to keep an eye on include Facebook’s user growth and how the company improves privacy controls, ad views and other elements that contribute to its popularity as well as its revenue potential, according to TechCrunch. Will the company be able to bounce back from its biggest failure? Analysts seem to think so, as they’re recommending buying Facebook’s now-discounted stock, which indicates the expectation of a rebound in value.

Click through to read more about when it’s time to sell stocks. 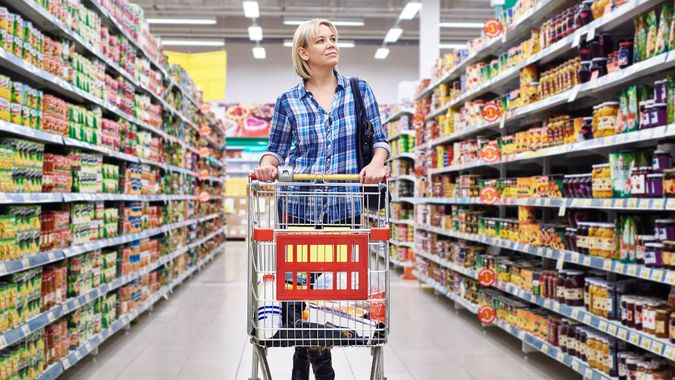