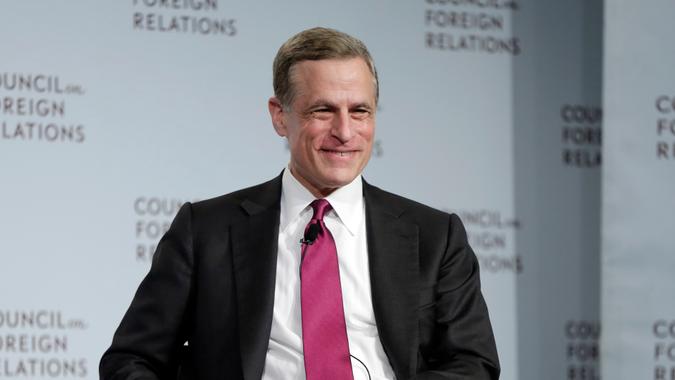 The Federal Reserve announced a sweeping set of rules today, which will prohibit the purchase of individual securities, restrict active trading and increase the timeliness of reporting and public disclosure by Federal Reserve policymakers and senior staff. The announcement follows the recent backlash triggered by the disclosures last month that resulted in the resignations of two Reserve bank presidents.

As a result of the new policies, senior Federal Reserve officials will be limited to purchasing diversified investment vehicles, such as mutual funds, the Fed said in an announcement.

“These tough new rules raise the bar high in order to assure the public we serve that all of our senior officials maintain a single-minded focus on the public mission of the Federal Reserve,” Federal Reserve Chair Jerome Powell said in the statement.

“To help guard against even the appearance of any conflict of interest in the timing of investment decisions, policymakers and senior staff generally will be required to provide 45 days’ advance notice for purchases and sales of securities, obtain prior approval for purchases and sales of securities, and hold investments for at least one year. Further, no purchases or sales will be allowed during periods of heightened financial market stress,” according to the announcement.

In addition, Reserve Bank presidents now will be required to publicly disclose financial transactions within 30 days, as Board Members and senior staff currently do.

Powell announced a review last month after disclosures by Dallas Fed President Robert Kaplan and Boston Fed President Eric Rosengren that revealed a series of investments in companies last year, according to The Wall Street Journal. Those trades spurred a heavy backlash because they coincided with extensive market interventions by the central bank to prevent a financial panic from the COVID-19 pandemic, the WSJ says.

These led to their resignations in late September. In a statement at the time, Kaplan said that while the Federal Reserve is approaching a critical point in the economic recovery as it deliberates the future path of monetary policy, “unfortunately, the recent focus on my financial disclosure risks becoming a distraction to the Federal Reserve’s execution of that vital work. For that reason, I have decided to retire as President and CEO of the Federal Reserve Bank of Dallas, effective Friday, October 8, 2021.”

“During my tenure, I have adhered to all Federal Reserve ethical standards and policies. My securities investing activities and disclosures met Bank compliance rules and standards,” he added.

As for Boston Fed President and CEO Eric S. Rosengren announced that he will move up his long-planned retirement from June 2022 to September 30 of this year, according to a statement.

See: Ways Investing Will Change in the Next 25 Years
Find: 6 Best Ways To Invest Your Money If You’ll Need It in the Next 5 Years

The Fed had launched the review of its internal rules governing the financial activities of its officials last month, “because the trust of the American people is essential for the Federal Reserve to effectively carry out our important mission, Chair [Jerome] Powell late last week directed Board staff to take a fresh and comprehensive look at the ethics rules around permissible financial holdings and activities by senior Fed officials,” a Fed spokesperson told the WSJ at the time.