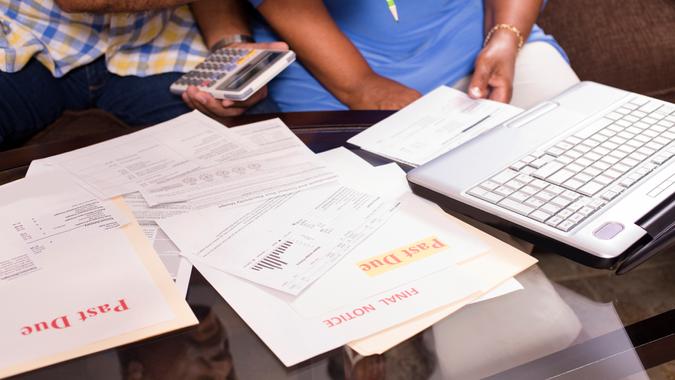 The poll, conducted by the Harvard T.H. Chan School of Public Health, the Robert Wood Johnson Foundation and National Public Radio, aims at examining the most serious problems facing U.S. households during the Delta variant outbreak, with a goal to identify vulnerable populations in urgent need of government help or charitable aid.

“The findings raise important concerns about the limited financial resources of many U.S. households to weather the economic effects of the Delta variant outbreak, as a significant share have lost their household savings during the COVID-19 outbreak and are facing major problems paying for basic costs of living, including rent, utilities and medical care,” according to the survey.

These serious financial problems are cited despite 67% of households reporting that in recent months they have received financial assistance from the government.

In addition, at the time the Centers for Disease Control and Prevention’s (CDC) eviction ban expired, 27% of renters nationally reported serious problems paying their rent in the past few months.

Another issue is childcare: 20% report they have experienced serious problems getting childcare in the past few months when adults needed to work.

See: Pandemic Leads to Rise in End-of-Life Planning While Many Still Ignore Long-Term Care, Study Reveals
Find: COVID-19 Pandemic: One Year Later, Women are Twice As Burnt-Out As Men in the Workplace

The organizations hosting the poll had actually expected different results, believing the influx of money through stimulus funds would have made a difference, according to the Wall Street Journal. However, according to Robert Blendon, co-director of the survey and emeritus professor of health policy and political analysis at the Harvard T.H. Chan School of Public Health, that is not the reality.

“We’re in the middle of a period of real peoples’ lives where they’re still in a lifeboat worried about just getting to shore,” he said.