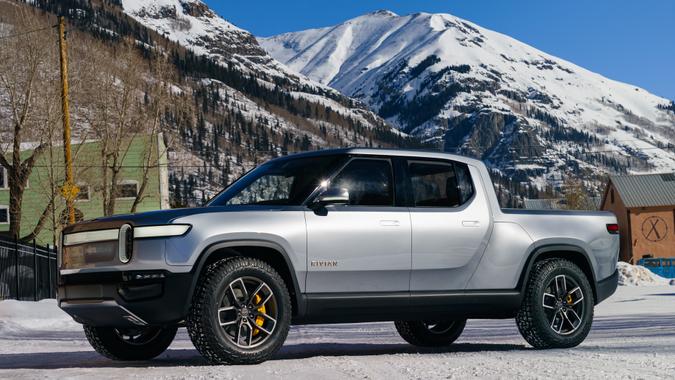 The honor of the largest initial public offering of 2021 went to Rivian. It marked the most significant capital raise — $11.9 billion — of any U.S. company since Facebook’s public debut in 2012.

Unfortunately, the shareholder returns haven’t been as sweet. Could Rivian make a comeback, or is an investment in this stock dead money?

Rivian is a U.S. electric vehicle manufacturer based in California. Right now, it sells its R1S SUV and R1T pickup truck, and electric vans. It also provides fleet services for vans, all of which run on the Rivian operating system. It also sells branded accessories and ancillary services.

Will Rivian Be Successful?

Rivian has developed a unique brand targeted at adventurers and environmentally conscious consumers. It’s also run by a mission-driven CEO, Robert Scaringe, whose overarching goal is to shift transportation to more environmentally-friendly alternatives.

The company has built an ecosystem of products that could support a recurring revenue model in the future. It has its charging network and insurance services in addition to its core vehicles.

However, Rivian arguably doesn’t have a meaningful competitive advantage. It currently lacks the resources to produce vehicles at scale and faces heavy competition from rivals such as Ford and Tesla.

Is Rivian Stock a Buy?

Rivian, at its height, was a company worth more than $150 billion. Today, the company is valued at roughly $28 billion. Yet, it has more than $16 billion in cash alone. It must be a bargain, right? Not necessarily.

Rivian is in a difficult situation because of its aggressive cash burn. While it has increased sales momentum, there isn’t enough material revenue growth to justify this spending. If Rivian continues to burn through cash so aggressively without seeing a massive increase in sales volume and production, it will continue to lose money. Its valuation and the stock price are likely to fall in tandem.

Moreover, there have been visible signs of causing concern both now and in the past. This includes attempted price hikes, which the company experienced heavy backlash for, causing reputational damage.

On top of that, the company is now implementing cost-cutting measures. Rivian just announced layoffs for 5% of its staff. This could be painted in both a positive and negative light.

On the one hand, it could weaken prospects for research and development and Rivian’s ability to grow. On the other hand, it takes into account the changing macroeconomic environment. Rivian has reportedly said the layoffs would not affect production.

What Is the Forecast for Rivian Stock?

What are analysts saying about Rivian stock? Fourteen firms have weighed in on its price. Eight have a buy rating, five have a hold rating and one has a sell rating. The estimates range from a high of $108 to a low of $24.

The Bull Case for Rivian

Rivian is one of the first manufacturers to deliver an all-electric pickup truck successfully. Given its first-mover advantage, it has the potential to capture a healthy chunk of the market as consumers transition to EVs. The company has 90,000 pre-orders already lined up and an additional order of 100,000 electric vans from Amazon.

However, Rivian is a long way from fulfilling these deliveries, according to page two of their shareholder letter, and any new orders aren’t expected to arrive until 2023.

The Bear Case for Rivian

Rivian has only produced 5,000 vehicles since production began in May 2022. The company reported to shareholders in its quarter one letter on page two that it is targeting 25,000 vehicles to be produced by the end of 2022, which is very few compared to other companies in the automotive industry.

Take Tesla, for example, which produced more than 308,000 vehicles in the first quarter of 2022 alone, or Ford, which sold over 1.9 million vehicles last year.

Overall, the Rivian stock price prediction for 2025 is $58.50. Given the stock market’s volatility, analysts will adjust these forecasts over the coming years.

From its previous sky-high valuation, Rivian has taken a massive hit, as have many other hyped-up stocks from 2020 and 2021. Although the company shows some promise in the long term due to the inevitability of EV adoption, there are still a lot of red flags. It is far from a reasonable investment, and even those with a high-risk tolerance should approach it cautiously.

Editorial Note: This content is not provided by Rivian. Any opinions, analyses, reviews, ratings or recommendations expressed in this article are those of the author alone and have not been reviewed, approved or otherwise endorsed by Rivian.

David is a qualified financial advisor in the Republic of Ireland. He has a bachelor's degree in business and entrepreneurship, as well as over five years of investing experience.