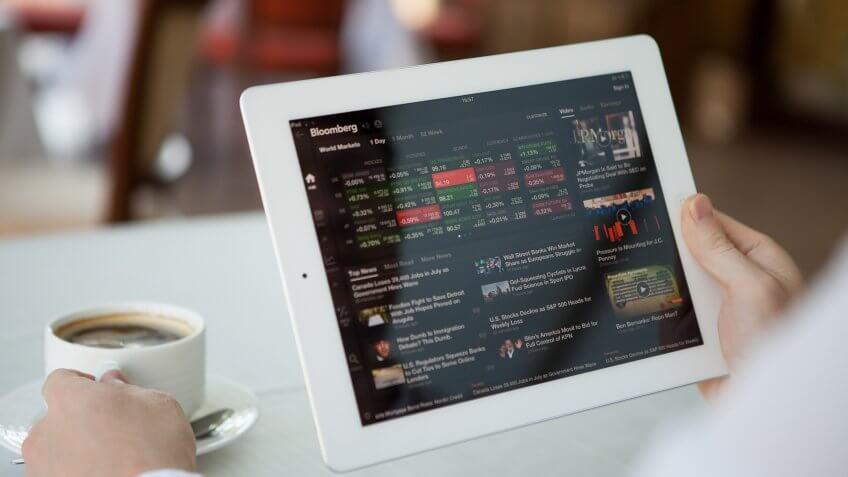 It's no secret President Trump is unpredictable. The same is true of the stock market. So, it can be a tricky time for investors who want to add sound investments to their portfolio while still maximizing returns.

The key is to reduce your risk by sticking with stocks that aren't so vulnerable to the political climate and changing economic, environmental and trade executive orders. Choose stocks that are based on fundamentals, not policies. Here's a look at safe stocks to invest in. 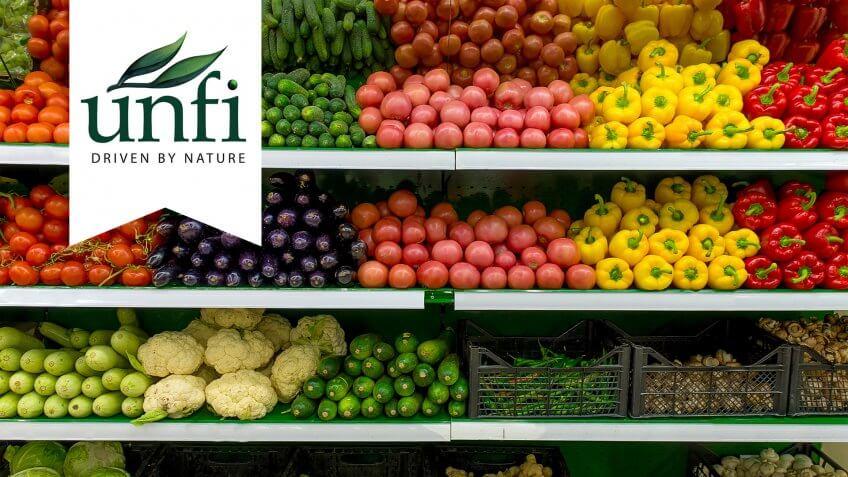 Trump may not believe in climate change, but many Americans do. Environmentally friendly and healthy practices will continue — no matter who is president — including buying and eating organic and natural foods.

Organic sales in 2015 hit $43.3 billion, which was an 11 percent increase over the prior year, according to the Organic Trade Association. Sales have been steadily increasing for the past 10 years and are expected to continue on an upward trend.

That makes United Natural Foods a smart investment choice. A distributor of organic and natural foods, UNFI supplies stores, such as Whole Foods and Sprouts. Green all around, UNFI's stock rose to $45.79 at the beginning of February 2017, and the volume shot up to 738,406 from 435,850 the month before. 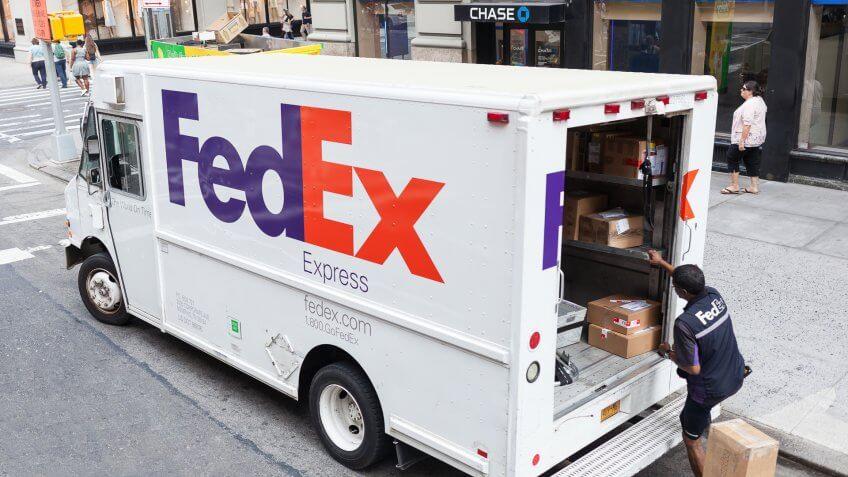 "When it absolutely, positively has to be there overnight." The old FedEx tagline still rings true today, though now the shipping company also offers second-day air and ground service.

That's not the only thing that's changed. Founded in 1973, FedEx originally shipped 11,000 packages per year. In 2015, the shipping company delivered 11 million packages per day.

E-commerce has provided job security for the shipping industry, and as online sales increase, so will FedEx's profits; their revenues are expected to grow 19 percent in fiscal year 2017. January 2017 saw the stock price rise to $186, up from the year prior at $119 a share.

In the same vein, UPS (United Parcel Service, Inc.) (NYSE: UPS) is also a smart and politically safe stock. When deciding between the two shipping companies, analysts prefer the expected growth of FedEx over UPS, but both companies are stable investments when you're afraid of risk. 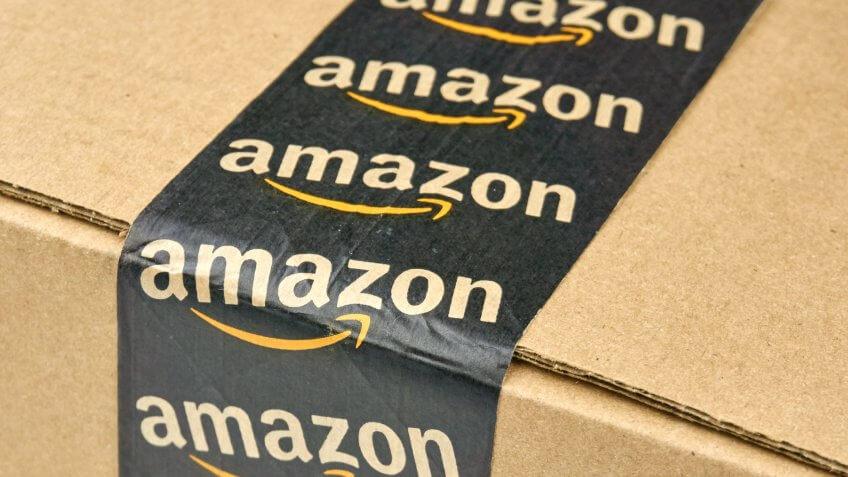 Amazon started as an online bookstore and transformed into an innovative e-commerce superstore that sells just about everything, up to and including the kitchen sink. Original programming and its line of voice-controlled devices — Alexa, Echo and Dot — are just a few ways Amazon makes it easier to spend money.

"E-commerce is an inescapable future," explains K.C. Ma, Stetson University finance professor. "Consumers want to use the least amount of time to purchase the same goods at the lowest cost. Amazon's revenue has grown 122 percent over the last five years, and they have returned 330 percent to their stockholders over the same time period."

Amazon is the future of e-commerce, regardless of who is in the White House. However, being the leader of the pack comes at a price, which, for Amazon, is $824.25 a share as of February 2017.

It is possible that Trump's travel ban will put a damper on Amazon's innovative advancements, but the proven stability of the company should see it through any challenges they encounter. 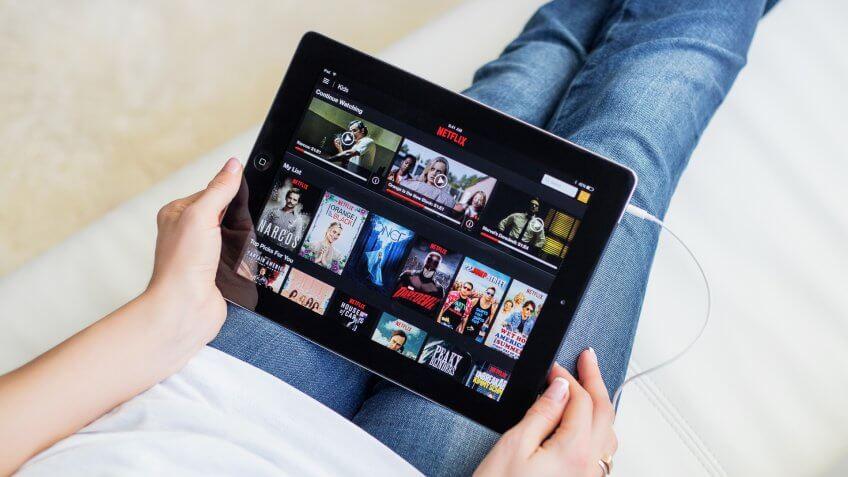 Netflix provides a welcome break from the political chaos that has occupied the airwaves and Twitter feeds. More than 80 million people around the globe, which is almost triple the number of subscribers from just three years ago, have taken to streaming movies and TV shows on Netflix.

The entertainment company is a must-have for millennials and cord-cutters, who appreciate the versatility of being able to watch movies, TV shows and original programming on their TVs, computers, tablets or smartphones. The drastic savings over traditional cable companies makes the service viable for a wide range of income levels.

The growing list of competitors, including Amazon, Alphabet and HBO Go, keeps Netflix in the "recommended buy" category, rather than the "strong buy" group, according to analysts. However, subscription growth is expected to continue through 2017, along with the stock price, which is at $143.81 per share as of February 2017.

See: What $1,000 Invested in Apple, Netflix and More 10 Years Ago Is Worth Today 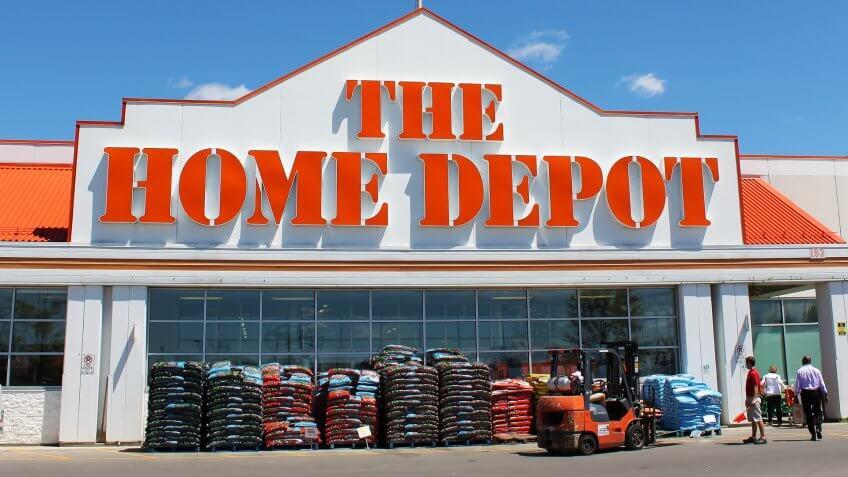 The largest home improvement retailer in the world, Home Depot, has more than 2,000 stores in the U.S., Canada and Mexico. The DIY craze has given the retailer an increase of 6.5 percent in revenue for fiscal year ending in January 2017.

Home Depot has complete dominance over the home improvement market, which in itself, is booming. A lack of inventory is causing housing prices to soar, and people are opting to improve their existing home to increase its value rather than purchase a new one. The trend is expected to continue over the coming years, until the home-building industry can catch up with demand. A shortage of construction industry workers means housing prices are expected to continue to be elevated for some time.

Analysts are bullish about Home Depot, and you can understand why. Sales have been solidly growing for the past five years. The stock is trading at $138.19 as of February 2017 and has been on a steady incline for the last 12 months. 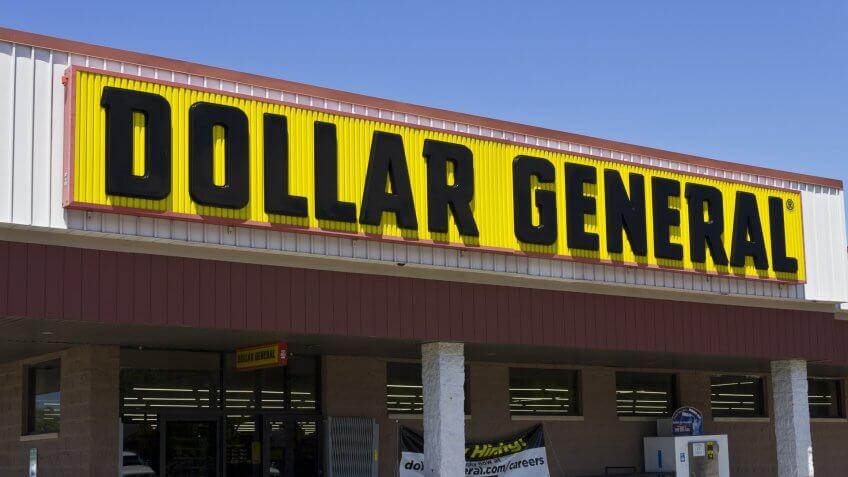 Analysts are optimistic about Dollar General — a bargain store and a bargain in the stock market. Dollar General offers customers steep discounts on products, which makes the company sustainable in all economic climates and regardless of who is occupying the Oval Office.

Not only is Dollar General recession-proof, but it is also somewhat immune from the growing online retail market. "Large conventional retailers have been hurt by the loss of brick-and-mortar stores to online sales," said Ma. "However, retailers of the type of products sold at Dollar General are not regularly transacted online. For example, you will not go online to order toilet paper, shampoo, groceries or beverages that you need right away. So retailers carrying low-cost staples are prosperous for their low cost, convenience, and product lines that don't translate to online sales."

The proof is in the numbers; Dollar General's revenue has increased by 45 percent over the last five years. The stock is valued at $77.85 a share as of February 2017.

No matter which side of the aisle you're on, social media has become the ultimate platform for voicing political opinions and organizing advocacy actions. The leader of the pack is most definitely Facebook.

Political chaos aside, Facebook is still the dominant force in social media — and the company is intent on getting you to spend money.

The tech giant had almost 2 billion users as of early 2017. Mobile users are currently at one billion and rising, which will continue to be a boost to Facebook's bottom line.

"Facebook will benefit the most from the inevitable adoption of the mobile trend, which is a big driver for e-commerce," says Ma. "Mobile accounts for 20 percent of online spending and 50 percent of digital media consumption. In third-quarter 2016, 84 percent of Facebook's ad revenue came from mobile."

The forward-thinking nature of the social media pioneer helps to keep them at the forefront of the industry, even when faced with a challenge. "As a sign of rebellion to the 'establishment,' Facebook has never been able to keep the youngest 10 percent of teens because the social media site is not 'cool' enough for them," said Ma.

Maximizing video ads while monetizing Messenger and WhatsApp have helped the stock grow by 200 percent since its IPO four years ago. The per-share price is trending at $130.98 as of January 2017. 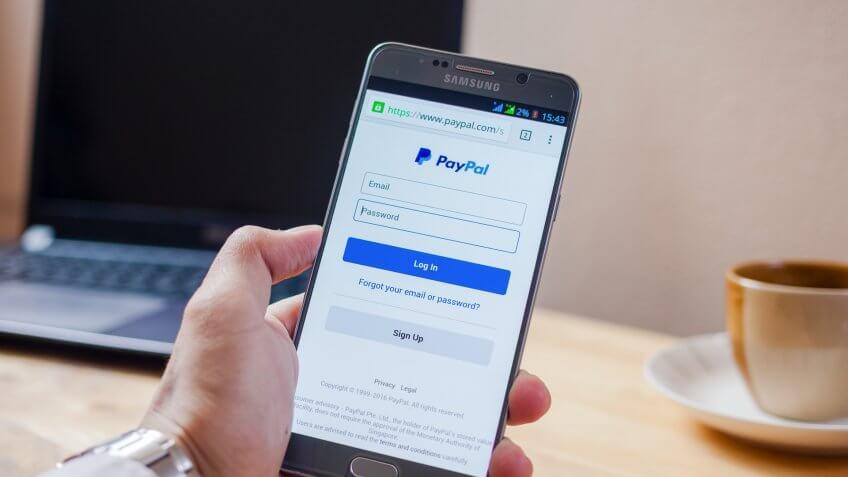 I AM NIKOM / Shutterstock.com

Providing customers with choice and flexibility in the way they spend, send and receive money has made PayPal the largest online payment platform in the world. The company operates in 202 countries and supports 25 different currencies.

"PayPal has monetized the act of spending money," said Ma. "This is not another credit card commercial. Acting as an intermediary, when you make a purchase using PayPal, funds are transferred from your PayPal account to the merchant. The merchant never sees your card number or payment information. This acts as a safety net, especially since PayPal guarantees payments and safeguards your information."

The convenience and safety aspects — and being first out of the gate — have helped PayPal dominate the online payment market with 80 percent of the share. "Visa Checkout, MasterPass and Amazon Payment hold only 1 percent of the market each," said Ma.

The stock — currently trading around $40 — has been up and down, but is projected to increase throughout the next year.

Up Next: The Most Anticipated IPOs of 2017

Stock prices are accurate as of February 2017. 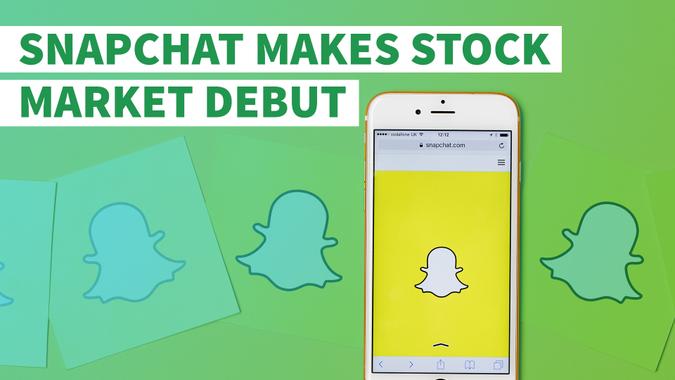 Snap Inc. — the owner of Snapchat — began trading on the New York Stock Exchange Thursday at $24 a share.