Stock Markets Rally on Fed’s Rate Hike — Which Stocks Might Do Best Under Higher Interest Rates? 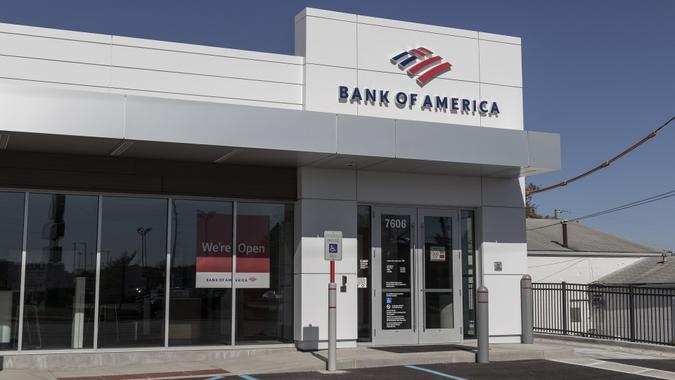 The Federal Reserve’s move on May 4 to raise its benchmark interest rate by a half-percentage point was greeted with wild applause on Wall Street, with stocks rising sharply on the hope that the hike can tame inflation while also helping the U.S. avoid a recession.

Among the stocks that performed well were economic bellwethers such as Home Depot and Caterpillar, along with bank stocks like Citigroup and JPMorgan Chase. Large tech stocks had a good day as well, with Apple and Google-parent Alphabet both gaining more than 4%. Others rallying on the Fed news were energy giants Chevron and Exxon Mobil. Starbucks and Airbnb climbed 9.8% and 7.7%, respectively, partly because of strong earnings reports.

Once the initial euphoria dies down, you can expect most stocks to return closer to the norm. But some stocks could get a prolonged boost from rising interest rates because of their business models — and many are in the financial sector.

Here’s a look at stocks that could perform best under higher interest rates, according to recent analyses from Kiplinger and Motley Fool.

This asset management firm is one of the “best stocks for a rising-rate environment,” Kiplinger said. One reason is that AB has about $780 billion in total assets, meaning a rise in rates can let it put idle cash to better use in interest-bearing assets.

Like other banks and financial institutions, Bank of America benefits when interest rates rise because it can earn more on new loans than it has to pay on deposits. BofA also has a large number of commercial loans with floating rates, according to Motley Fool, meaning that when the federal funds rate rises, so will the interest earned on these assets.

Discover is one of the best stocks for a rising-rate environment because it can raise the rate it charges for outstanding credit card balances and also generate a return on the idle deposits, Kiplinger said. In addition, higher rates will benefit the company’s growing non-credit card lending businesses, such as student loans and personal consumer loans.

As one of three major credit bureaus in the United States, Equifax should see an uptick in business in a rising-rate environment because consumers will be “eager to get their [credit] scores as high as possible to secure the best deal,” Kiplinger noted. The company should also benefit from revenue expansion tied to a series of acquisitions it has made over the last year or so.

Here’s an outlier in that Extra Space Storage is not a pure financial company, but a real estate investment trust specializing in storage facilities. It should benefit from higher interest rates because it increased its debt load significantly over the last few years to fund expansion. As Kiplinger noted, rising rates mean these investments were “very well timed” because Extra Space Storage locked in lower rates for a big chunk of its real estate holdings. It also is in a position to raise storage rates on clients.

See: POLL: Do You Think the Government Should Increase SNAP Benefits?
Find: Fed Raises Interest Rates by Historic 0.5% — Larger Increase ‘Not Something Committee Is Actively Considering’

Silvergate, which provides products and services to those in the cryptocurrency market, has nearly all of its roughly $14 billion in deposits in accounts that don’t pay interest to customers, Motley Fool reported. Because these accounts aren’t accumulating interest expense, Silvergate can get a major boost from higher interest rates because it can collect higher interest income from its investments but won’t have to pay out interest on these accounts.

This Los Angeles-based regional bank offers the usual lineup of deposit accounts, auto loans and mortgages. The main reason it will benefit from a rising-rate environment is that it will get higher net interest margins on car, home and business loans. According to Kiplinger, PacWest could be one of the best stocks of 2022 amid rising interest rates.